When you picture camels, you might think of humped inhabitants of deserts in the Middle East.

But camels didn’t always have humps or traverse sand dunes. They started off the size of a beagle, but with much longer legs and neck, and had no humps or bumps. They first appeared in subtropical forests in North America, during the Eocene Epoch.

From there, early camels traveled long journeys, with growing bodies and changing feet, until they became two distinct evolutionary lines.

Some migrated over the Isthmus of Panama to South America and evolved into modern day llamas, vicunas, alpacas, and guanacos.

Others used the land bridge across the Bering Strait to cross to Asia and eventually to Africa. Along the way, they evolved into the camels we know today.

Getting Over the Hump 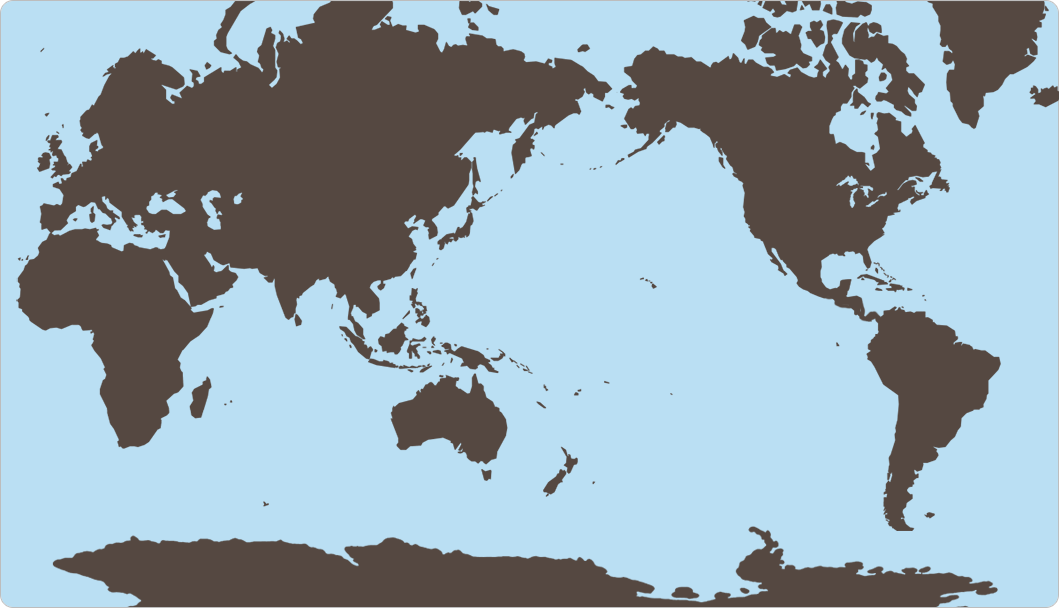 From 46 million to six million years ago, camels originated and only lived in North America. 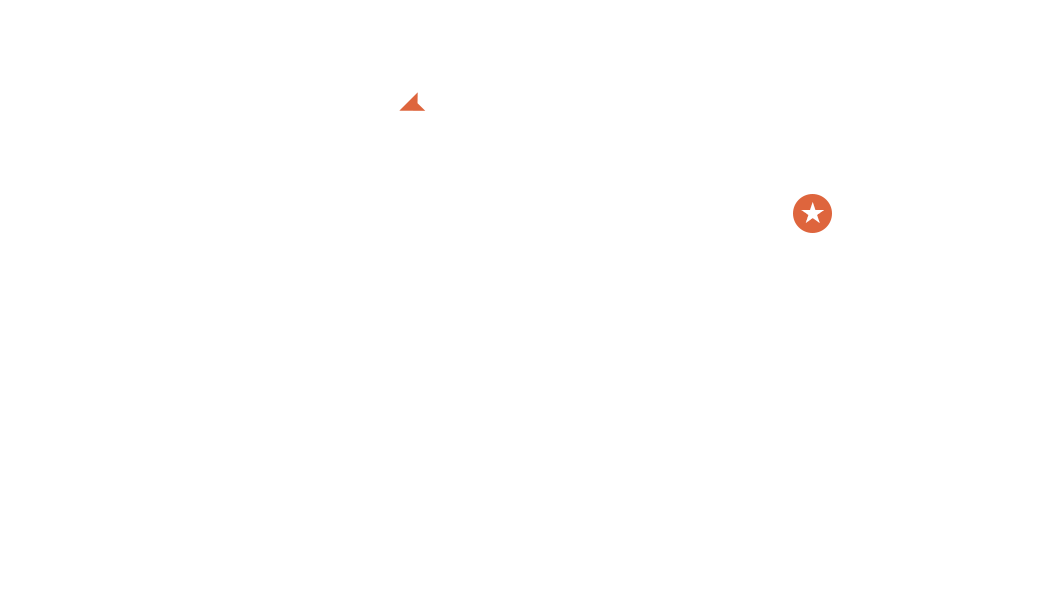 Six million years ago camels crossed the Bering Bridge to Asia and migrated as far south as Africa. 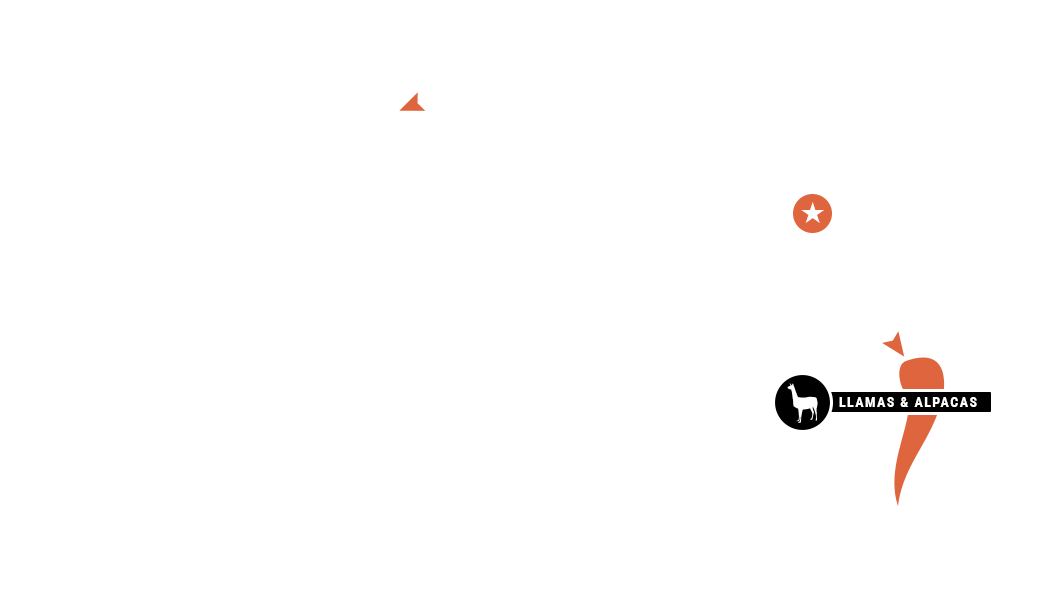 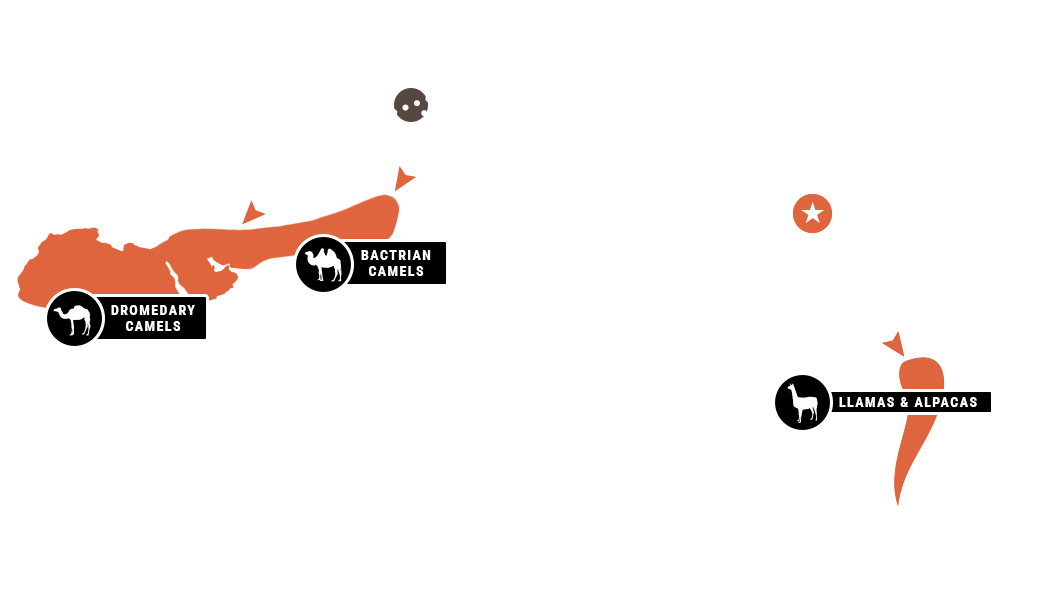 Today camels are extinct except for parts of Asia, the Middle East, Africa and South America.
46 MYA
6 MYA
3 MYA
TODAY

See how a small, hump-less rabbit-like animal became “the ship of the desert” as the camel evolved to its modern form.

Camelus (10,000 years ago-present day): Camelus, the modern humped camel, has evolved with a distinctive gait and an ability to store fat to survive long journeys..
Poebrotherium (38-30 MYA): The Poebrotherium was a browsing herbivore that evolved from an ancestor similar to the hare-sized Protylopus. As a low-level leaf eater it had low-crowned teeth along the jaw, that were angled forward to better sheer off vegetation from plants. It had short limbs in front and longer in back, and four toes on each foot. Poebrotherium superficially looked like a modern llama, with long neck and narrow snout but was much smaller.
Oxydactylus (31-14 MYA): It's name means sharp finger. This camel had very long legs with a very long neck. The Oxydactylus probably ate high vegetation and had hooves rather than splayed toes and pads on the soles of its feet. It was the earliest member of the giraffe camel family.
Protolabis (31-10 MYA): The name Protolabis means primitive lips. It stood a little over three feet tall at the shoulder and was similar in size to a llama but not ancestral to it. It head displayed a narrow muzzle with strong lips and strong cheeks. It had incisors and other teeth that modern camels and llamas do not have and ate shrubs and other vegetation that was tough and low growing. Specimens found at Ashfall Fossil Beds.
Aepycamelus (21-5 MYA): Also called Giraffe Camel, but it is not a true giraffe, the name means high camel. It browsed on leaves of trees other hooved animals couldn’t reach and had a hard time getting low enough to get lips in the water to drink. A true example of Convergent Evolution in which different species evolve similar characteristics under similar living conditions: evolved long legs with padded feet and a long s-shaped neck like the modern giraffe (even though not related to it). The Aepycamelus stood about 11 feet high at the head. Specimens were found at Ashfall Fossil Beds.
Procamelus (20-5 MYA): The Procamelus was considered close to the ancestor of Old World camels (one-humped and two-humped) found in Africa and Asia. It's name literally means ancestral to the camel. The males stood five feet tall at the shoulder; females were smaller. It is ancestor to the extinct Titanolypus and modern Camelus. Specimens found at Ashfall Fossil Beds.
Megatylopus (14-2 MYA): A huge camel, more massive than any found at Ashfall, with some species weighing over 3,000 pounds. Proportioned more like living Old World camels. Had tall teeth for eating grass.
Titanotylopus (10 MYA - 300,000 YA): Name is Greek and means giant knobby foot. Titanotylopus was a massive camel and had long limbs and stood about 11.5 ft tall at the head. It had a hump like the modern camel that stored fat. Its feet had broad second phalanges, indicating camel toes with padding, like those of modern camels and long limbs. The head displayed a small brain case with larger upper canine teeth.
Hemiauchenia (Originated 10 MYA): The Hemiauchenia was common to the Great Plains 12 million years ago and then moved south in the early Pleistocene Epoch. Near the ancestory of South American llamas, guanacos and vicuna. North and South American lamine genus.
Gigantocamelus (5 MYA - 300,000 Years Ago): A massive camel and known as the second largest species of Camelid. 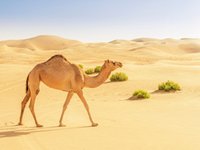 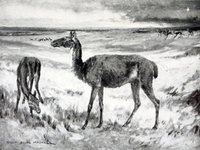 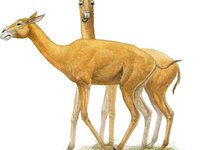 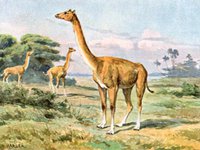 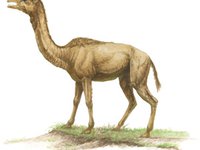 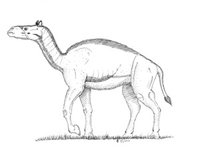 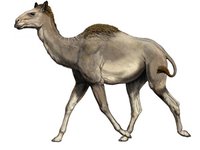 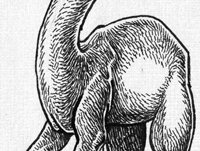 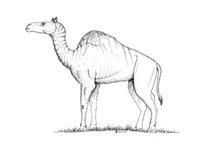 Camel fossils found in Nebraska have helped form a better understanding of camel evolution and how it has been affected by changing climate and habitat.

Fossils from three kinds of camels were found at Ashfall Fossil Beds, where many communities of animals perished and were rapidly buried by a cloud of volcanic ash over the course of one to two months. This middle Miocene site from 12 MYA was non-freezing at that time, with warm grasslands and riparian forests. Historical work was done here by paleo sleuth Mike Voorhies.

At Bassett, a site from the Late Miocene (about 8 MYA), the presence of camel specimens, along with tortoises and warm-climate rodents, shows that winter temperatures did not go below freezing for more than a few days. These were mild temperate grasslands. Historical work was done here by paleo sleuth Shane Tucker.

At Big Springs, a site from the Pleistocene (roughly 1.5 MYA), camel specimens have been found, suggesting this was one of the warm, interglacial intervals of the Ice Age. Historical work was done here by paleo sleuth Mike Voorhies.