Easter Sunday, 1913 dawned as a spring-like day of celebration. It ended as a day of mourning.

With little warning, a storm system spawned seven tornadoes in eastern Nebraska, turning this into the deadliest natural disaster in Nebraska’s history.

The most devastating tornado cut a seven mile swath through Ralston and Omaha, killing 101 people. All told, the tornado outbreak would be responsible for 168 deaths in Nebraska and Iowa, mostly Nebraska, and nearly $10 million in damage (more than $200 million in today’s dollars).

Devil Clouds: Tornadoes Strike Nebraska is a documentary project that tells more than a storm story. Developed in conjunction with the 100th anniversary of the event (which took place on March 23, 1913), it’s a story full of heroes and colorful characters; a story of tragedy, but also recovery and resolve; and the story of a city and state in transition. It’s a story so well documented visually that it offers an intriguing glimpse into the disaster, and the lives of 1913 Nebraskans in places like Omaha, Ralston, Yutan and Otoe (called Berlin at the time).

The project includes the one hour Devil Clouds: Tornadoes Strike Nebraska television documentary. There is also a series of Signature Stories for radio, as well as the wealth of additional content and information you'll find on this web site.

For this project, we've tapped into the knowledge of a number of historians and other experts, including: 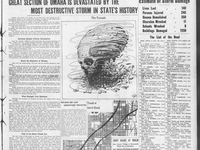 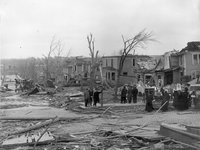 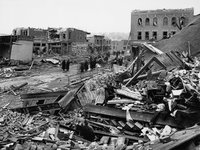 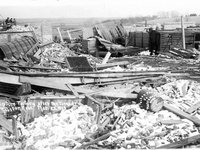 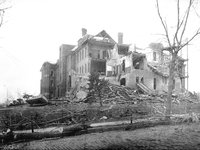 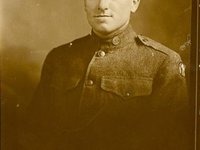 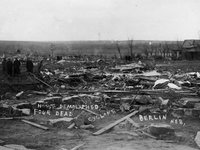 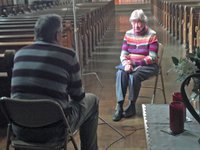 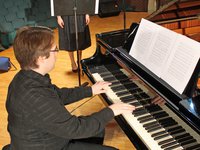 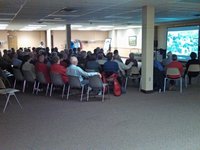 A yearbook photo of Beulah Adams from Grinnell College (Iowa), where she graduated in 1910. In the yearbook, she was described as "a tall serious girl" who "studies conscientiously, but takes time for long walks when the weather permits, and makes posters for class prayer meetings." (courtesy Grinnell College)
In 1913, Adams was a second and third grade teacher at Castelar Elementary in Omaha. Her salary was $500 a year. (courtesy Omaha Public Schools Educational Research Library)
Omaha's Bemis Park area after the tornado. Adams lived in this neighborhood with her parents, and was returning to her house when the tornado struck. (courtesy Douglas County Historical Society)
As the tornado passed overhead, Adams laid on the ground in front of this Bemis Park house, commonly referred to as the "Toff Hanson" house. (courtesy Travis Sing)
A photo of Beulah Adams later in her life. She taught in the Omaha Public Schools until 1947, and died in 1957 at age 70. 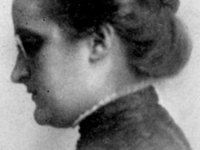 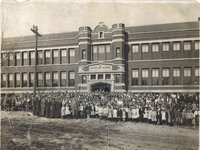 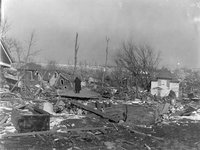 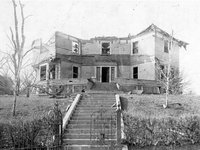 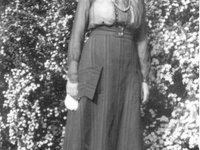 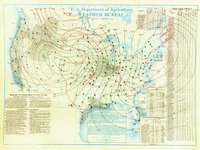 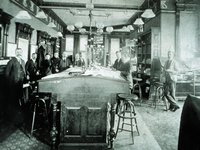 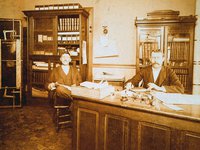 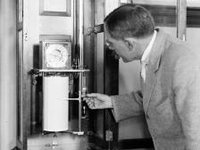 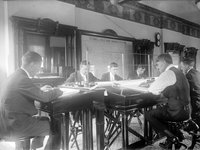 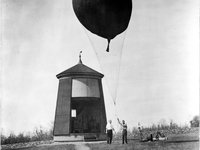 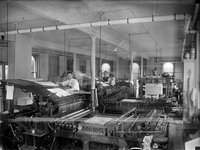 Morning – Forecasts in Nebraska newspapers predicted warmer temperatures and rain. There is no mention of the possibility of severe weather.

Early Afternoon – Union Pacific President A.L. Mohler, “finding his barometer at lowest ebb,” has telegrams sent to others working for the railroad warning them to look out for weather trouble.

5:30 p.m. – An F-4 tornado begins a 55 mile path southeast of Mead, Neb. It’s responsible for 22 deaths and more than 50 injuries; most are in Yutan, Neb., where the northern half of the village is destroyed. Dozens of homes and buildings are leveled as the tornado continues to Logan, Iowa. Note: this ranks as the second deadliest tornado in Nebraska history.

5:30 p.m. – An F-3 tornado forms near Havelock, Neb. (now part of Lincoln). It destroys a few homes and farms at Prairie Home, Neb., and near Greenwood, Neb. This tornado, which covers 15 miles, is responsible for two injuries and no deaths.

5:45 p.m. – An F-4 tornado touches down in Ralston, Neb., then cuts a diagonal path through the west and north sides of Omaha, Neb. More than 100 people are killed, hundreds more injured, and approximately 2000 homes and buildings are damaged or destroyed. The tornado travels 40 miles to near Beebeetown, Iowa, where two others are killed. Note: this ranks as the deadliest tornado in Nebraska history.

6:15 p.m. – An F-4 tornado forms south of Bellevue, Neb., and hits the southern edge of Council Bluffs, Iowa and continues for 48 miles toward Harlan, Iowa. The tornado is responsible for 25 deaths, all in Iowa and most in Council Bluffs, with another 75 people injured.

6:15 p.m. – An F-4 tornado touches down near Douglas, Neb., and begins leveling farms in Otoe County as it heads toward the village of Berlin (now called Otoe). A dozen people are killed in Berlin, where few structures are left standing. It travels 65 miles to Macedonia, Iowa, causing a total of 18 deaths and more than 100 injuries. Note: this ranks as the third deadliest tornado in Nebraska history.

7:00 p.m. – The seventh and final Nebraska tornado of the day is an F-2 that is on the ground for 5 miles, damaging a few homes and the school in Burchard, Neb., and causing no deaths or injuries.

Paths of the 1913 Easter Tornadoes

(listed by primary area impacted and number of Nebraska deaths)