Take a trip back in time, right here in Nebraska. “Adventures in History: Discovering Nebraska’s State Historical Parks” is a new documentary from Nebraska Public Media and Nebraska Game and Parks that takes viewers on an epic road trip.

Join program host and narrator Stephanie Arne as she explores each of our nine State Historical Parks. Learn how these parks are your parks – rich and alive with our exciting history. Discover how dedicated reenactors bring history to life, introducing you to the soldiers and everyday citizens of the past. Visit Arbor Lodge to learn about Arbor Day and what makes a Champion Tree. Find out more about the larger-than-life western showman Buffalo Bill at his Scout’s Rest Ranch. Ride a covered wagon on the path of the California / Oregon trail at Rock Creek Station just like pioneers did. Get up close with history as Arne goes behind-the-scenes digging for fossils at Ashfall Fossil Beds, firing a cannon at Fort Atkinson and learning about ranching past and present at the Arthur Bowring Ranch.

“Adventures in History: Discovering Nebraska’s State Historical Parks” also introduces viewers to Philip James Little Thunder Sr., who talks about the Battle of Blue Water and its impact. Listen as State Archeologist Rob Bozell explains how thousands of years of indigenous history and prehistoric mammal activity have enriched the landscape at Ash Hollow State Historical Park. Meet the Riggle family, four generations of Pony Express re-riders who are committed to sharing the history and celebrating the undisturbed prairie landscape of Rock Creek Station. Learn more about Nebraska’s first female United States Senator, Eve Bowring. See the discoveries of Ashfall Fossil Beds, called the Pompeii of prehistoric animals, as Arne talks with longtime superintendent and former paleontology intern himself, Rick Otto. Find out about life in Nebraska’s historic forts and what makes each of them a unique and engaging place to visit. Walk the halls of historic buildings, discover the beauty of the park landscapes and see how Nebraska’s State Historical Parks are alive with stories.

Nebraska has a lot of precious resources: its people, its landscape, and its history all reveal stories that help us understand Nebraska today. Nebraska's State Historical Parks tell stories that will intrigue you, surprise you, or even inspire you!

Host and Narrator Stephanie Arne strolls a path at Arbor Lodge.
Rock Creek Station reenactor Kirk Schroeder takes Stephanie over the actual California-Oregon Trail route in his mule-drawn wagon.
Philip James Little Thunder Sr. remembers his ancestors at the site of the Battle of Blue Water Creek near Ash Hollow State Historical Park.
Fourth-generation Pony Express re-rider Kara Riggle rides across the prairie toward Rock Creek Station.
Ashfall intern Nick Thurber demonstrates the careful process used to discover fossils in the dig floor while Stephanie gets a behind-the-scenes look.
Bruce Richman, Buffalo Bill reenactor, looks out from the porch of the mansion at Scout's Rest Ranch.
An artillery reenactor preps the cannon at Fort Atkinson.
Reenactors at Fort Atkinson fire the cannon.
Blacksmith reenactor Jarrett Willet demonstrates his craft at Rock Creek Station.
Host Stephanie Arne explores the cave that was used by native peoples for thousands of years at Ash Hollow State Historical Park.
Ash Hollow cave and the hollow itself all show evidence of the thousands of years that native peoples used the area to hunt and camp.
Military reenactors at Fort Kearny look out over the parade grounds from the stockade.
Reenactors Michael Sothan and Jarrett Willet show Stephanie how they cook meals on the cast-iron stove at Fort Hartsuff.
The flag flies high over the unique limestone buildings at Fort Hartsuff, one of the most fully-restored forts of its time period in the country.
Mike McConaughey still herds the Hereford cattle on horseback at Arthur Bowring Sandhills Ranch State Historical Park near Merriman, about an hour west of Valentine; Eve Bowring was Nebraska’s first female United States Senator and was one of only two women in Congress in 1954. 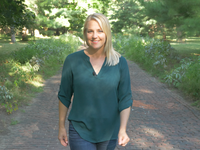 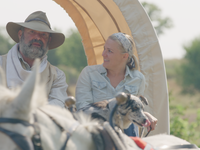 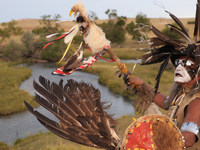 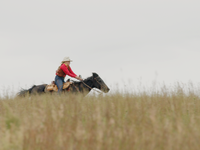 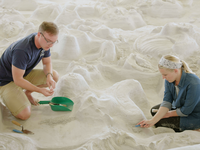 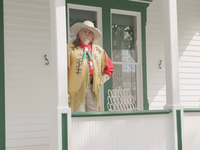 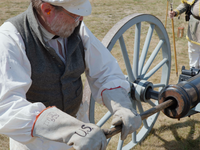 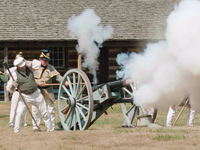 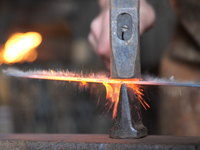 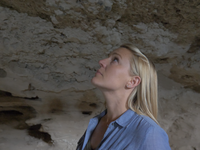 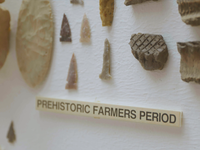 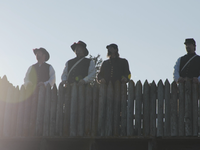 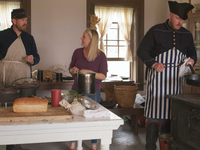 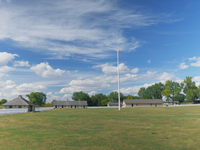 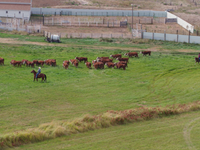 Program host and narrator Stephanie Arne is a Midwest native who is a conservationist, a speaker, a presenter, an explorer and an educator.
Stephanie is

About Our State Historical Parks

Nebraska’s nine State Historical Parks are homes to features of historical significance.
They are the stewards of the culturally significant relics and landscapes of days gone by that still resonate today.
For more information visit outdoornebraska.gov/statehistoricalparks. 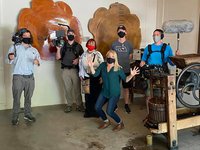 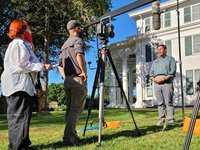 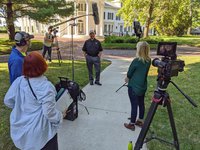 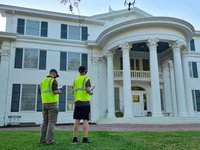 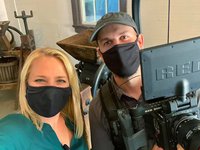 A Connects program produced in collaboration with