Yazidis and other Iraqis in Lincoln offer different perspectives on crisis

As the latest crisis unfolds in Iraq, members of Lincoln’s Yazidi community and other Iraqis in Nebraska are watching closely. But they are focusing on different concerns.

On a peaceful weekday morning in Lincoln, Shahab Abdullah sat in a quiet apartment a few blocks from the Capitol with his wife, Shireen Ismael, and their 4-year-old son, Shaher. Abdullah has been here about a year, after translating for the U.S. Army in Iraq.

The couple is from Sinjar, a town in northern Iraq taken over by the Islamic State, an extremist Sunni Muslim organization fighting the Shia Muslim-dominated Iraqi government. Abdullah’s family is Yazidi – members of an ancient religion targeted for conversion or death by the Islamic State. Abdullah said his immediate family escaped from Sinjar after the extremist group took over earlier this month.

“I called them. They are right now in the Kurdish region. But still they are not safe,” Abdullah said.

Abdullah said even in the Kurdish region, there is religious prejudice against Yazidis. And there are not enough supplies for refugees.

Yazidis are a minority among Lincoln Iraqis, who are estimated by social service agencies to number up to 10,000 people. But the several hundred Yazidi families here are said to be one of the largest Yazidi communities in the United States.

At a meeting later on the same evening in a Lincoln church, Adnan Shamo, another Lincoln Yazidi, described the conditions of Yazidi refugees in the Kurdish region of Iraq. 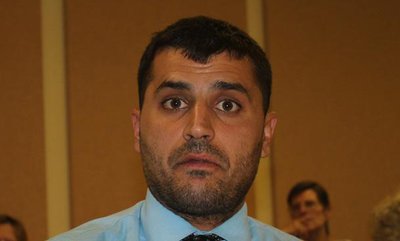 “There’s about 400,000 people there that they don’t have places to live because they left their house. They are displaced. They don’t have enough food. They don’t have water. I called some families. They said each two of us will drink a bottle of water a day. I don’t think that’s enough for anybody,” Shamo said.

Shamo said Yazidis need other countries to accept them as immigrants, because it’s no longer safe for them anywhere in Iraq. And he blamed the Iraqi Army and the Kurdish Pesh Merga armed forces for not standing up to the Islamic State when that Sunni Muslim extremist group took over the city of Mosul before the attack on Sinjar.

“The first people who pulled out of Mosul and let Iraq collapse is the Iraqi Army. And then the Pesh Merga pulled back. They didn’t fight,” Shamo said. “You expect the civilian people…to pick up an AK and go fight them? We cannot fight them. We want to stay out of Iraq.”

That led Jawad Alhefi, a member of Lincoln’s Shia Muslim Iraqi community, to defend his counterparts in Iraq.

“When the ISIL entered Mosul, do you know how many Shia were killed in one time?” Alhefi asked, before saying it was 1,000. “We are all Iraqis bother,” he added. "Let us give them a complete picture.” 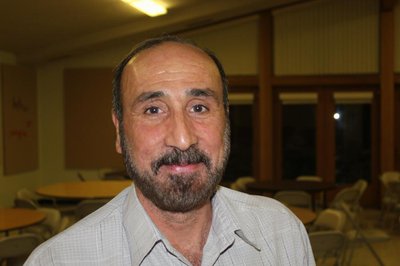 Alhefi acknowledged the Yazidis are in a critical situation. But he said other people are suffering at the hands of the Islamic State as well.

“There is a crisis in (the) north of Iraq. There is Christian, and Sunnis, and Shias and Shabak and Turkemans. They …all suffer,” Alhefi said.

Ali Alhaidari, another member of Lincoln’s Shia Muslim community, also urged people to look at the broader picture, condemning governments he said were supporting the Islamic State, including Saudi Arabia, Turkey, and the Gulf States.

Shamo argued that was a distraction from the immediate issue.

Back in his apartment near the Capitol, as Shahab Abdullah discussed the situation, his wife Shireen cried quietly in the background. Asked what she was crying about, Abdullah replied simply, “All of us are crying. Not just my wife. All of Yazidi people are crying, because all our family is stuck in there (Iraq).”