With Conventional Farmers Embracing Dicamba, Specialty Crops Likely Next in Line for Damage

Dicamba’s job is to kill weeds, and it does it well. But it also damaged a million acres of soybeans across the U.S last year. Planting season is just weeks away, and produce farmers are wondering whether their fruits and vegetables are next.

Andrew Joyce won’t be growing any tomatoes this summer. His three-acre produce farm in Malden, Missouri, will lie fallow. The cause: damage from the weed killer dicamba.

“I just like making things grow. I used to be pretty good at it,” Joyce said, standing next to his stand just off a county highway. “But now, with the chemical drift, you just don’t stand a chance to grow anything anymore.” 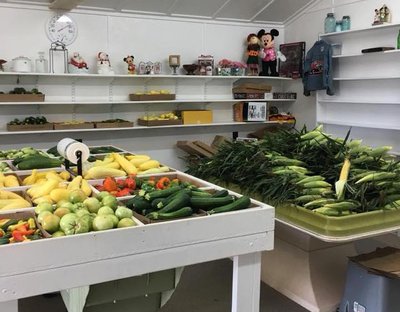 Joyce said his produce was so heavily damaged by dicamba drift that he lost money — he wouldn’t say how much — and had to start driving a forklift in town to make ends meet.

Tommy Riley also farms in this area of southeast Missouri, known as “the bootheel.” Dicamba has been a lifesaver for his 4,000 acres of cotton and soybeans, the latter of which he uses Bayer’s Xtend seeds, which are dicamba-resistant.

“My whole bean crop, 2,000 acres this year, will be Xtend,” Riley said. “It’s the best system out there that works. Our yields are great, and our fields are clean.”

And that’s where the dicamba battle lines have shifted: Row-crop farmers in Missouri, Illinois, Indiana and Arkansas overwhelmingly now use dicamba, realizing it’s their best chance to protect against damage. But specialty-crop farmers are still at risk and feel they are running out of options on how to fight back.

Dicamba is a potent chemical, and its main issue is drift. When not applied properly, the weedkiller can easily be blown by the wind from one farm field to another, sometimes for as many as 10 miles.

The U.S. Environmental Protection Agency has approved dicamba use for two more years. And while the rules are federal, enforcing proper use is largely up to state departments of agriculture.

“We do full investigations and can apply civil penalties in the case that we find evidence to support it,” according to Sami Jo Freeman, spokeswoman for the Missouri Department of Agriculture, which has seen more than 100 complaints about dicamba each year for the past two years.

But state-imposed fines don’t go to the farmer who was hurt. Instead, Freeman said, a farmer “would have to pursue any repayment to make themselves whole through civil court.”

That’s why Joyce joined more than 1,000 other farmers in a class-action lawsuit against Bayer and BASF, which may be their only recourse for some kind of compensation for dicamba-drift damage. That suit is scheduled to go to trial in October in St. Louis.

Joyce said he’d rather not get involved with legal matters and understands there are some tough weeds that can hurt crops.

“With these farmers today, I think the greed is bad today,” Joyce said. “They are out there, and I know they have a problem, but I don’t think this is the answer.” 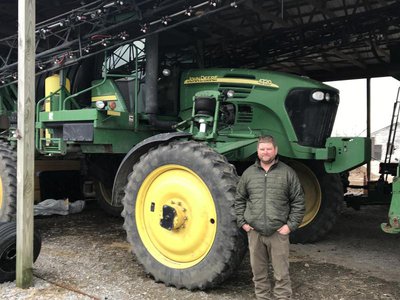 Tommy Riley said he uses dicamba according to the spraying guidelines, which are meant to help with the herbicide's drift issues. He also said the dicamba-resistant seeds have been a boon to his farm. (Photo by Jonathan Ahl, Harvest Public Media)

Riley argued, however, that he and most other farmers are careful about how and when they spray. Riley said he won’t use dicamba on fields that are too close to New Madrid, Missouri, which is near his farm.

The dicamba debate is fueling advocates of a different approach to farming.

Jim Worstell, executive director of Arkansas-based Delta Land and Community Organization, said eventually, weeds will become dicamba-resistant, something that researchers at Kansas State University just confirmed is happening, and a new pesticide will take its place. He’d like to see all farmers get off what he calls the chemical treadmill and follow the lead of those who don’t rely on pesticides.

“They have managed to control pigweed by crop rotations and mechanical means. There are means of controlling pigweed besides spraying with dicamba,” Worstell said. “I think the only real solution is to have an extremely early cutoff date for dicamba or to eliminate dicamba use totally. I don’t think that’s going to happen.”

Though dicamba use is extended into 2020, Joyce thinks the EPA will eventually change its mind. And until then, he wondered where his customers will go for their squash, sweet potatoes and green beans.

"Where’s our local produce going to come from?” Joyce said. “It's not going to be grown here, because you can’t.”