Wind power is picking up in Nebraska. The state now has more than one gigawatt of wind power capacity. While it still lags behind other states, those wind farms are making an impact in the communities where they’re being built.

On an overcast, blustery morning, Greg Ptacek shows off the view from the cemetery in the small northeast Nebraska town of Neligh.

“I think you can literally see every single turbine in Antelope County from this viewpoint. And they’re blowing, cause that’s what we’ve got in Nebraska, we’ve got lots of wind,” Ptacek said.

Ptacek, Neligh’s economic development director, said he likes to bring potential new residents here to show them just how much wind development exists in the area. In the last five years, five wind projects have come online in Antelope and Boone counties, and a sixth is underway. 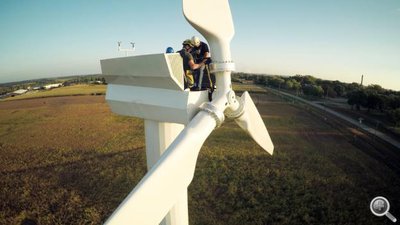 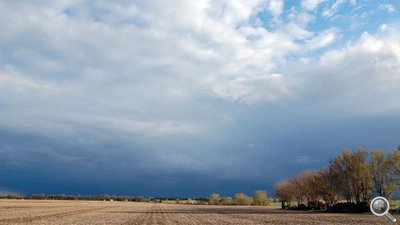 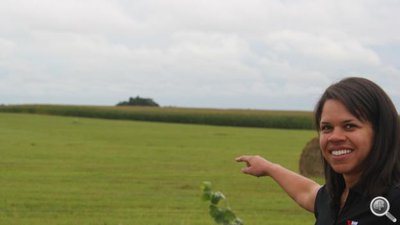 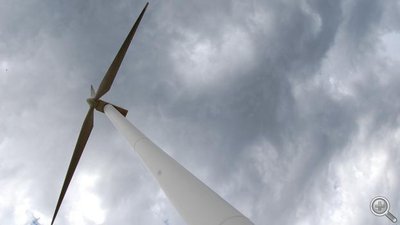 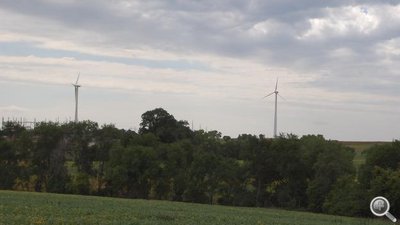 “I just have an intense amount of pride that our community has been progressive enough to take a stand and say, we will allow these, and we’ll benefit off of them,” Ptacek said.

Nebraska’s wind development often happens around farm-towns like Neligh. And it can be good for a small town economy. Each project employs hundreds of construction workers who spend money on food and gas. Wind company Invenergy’s three Prairie Breeze wind farms have created 18 permanent jobs in nearby Elgin. That number will nearly double once their newest Antelope County wind farm comes online.

“And those are really good-paying jobs,” Ptacek said, “where that individual alone is probably making more than what the median household income is in the area.”

Wind companies pay millions in local taxes. The school district in Elgin has received more than $430,000 in the last two years, letting them ask less from other taxpayers. Wind companies also pay millions in leases to landowners who allow turbines to be built on their property. Ptacek said that’s a huge benefit to farmers.

“I don't know of any modern-day farming practice that could make anywhere from $6,000 to $10,000 on an acre. And that's about what a turbine takes up. And that’s money that will go directly back into the community,” Ptacek said.

Keith Dittrich is a longtime farmer from nearby Tilden and an advocate for wind power in the state.

“One wind tower on your property isn't going to make or break you. But it's a significant income stream that maybe will help enhance the profitability potential of your farm,” he said. Dittrich said the industry has generated increased local economic activity, improved rural roads and created a stronger tax base.

“Which should help relieve some of the pressure on real estate taxes for our farmers who are struggling because of low commodity prices,” Dittrich said.

Those local taxes and landowner payments should continue as long as the wind turbines keep operating. Dittrich has one turbine on his property, and said he feels a moral responsibility to help offset the impacts of climate change for more vulnerable people and places.

“I see farmers as eternal energy producers. They are solar energy collectors through the crops they raise and capturing wind is just another way of capturing energy,” Dittrich said.

But wind projects can’t be built just anywhere. They depend on good wind, access to transmission lines, and willing landowners. Emily Kobylarczk of Invenergy said the presence of all three is why they’ve developed so many projects in Antelope County.

“We have over 560 landowners in the county to date. And that is just phenomenal when you have folks kinda knocking down the door and seeking us out,” Kobylarczk said.

But wind farm projects here and across Nebraska have faced opposition from residents concerned about the health and visual impacts from the 300-foot-tall turbines. A wind farm proposal in the Sandhills was recently denied by the Cherry County board.

Judy Wilcox of Tilden said she’s worried about turbine noise and infrasound: low-frequency sound below what humans can hear.

Solar is also bringing some economic benefits to Custer County, in the middle of Nebraska. A few ranchers are taking advantage of the solar investment tax credit by installing solar panels on their property.

Custer Public Power is buying that solar power—about two megawatts—directly from the ranchers. General Manager Rick Nelson said in addition to taking the 30 percent federal tax credit right off the bat, those ranchers will net about $1.5 million during the 25-year life of the panels. In addition, he said the projects have brought additional revenue into the area.

“They're local investors, local landowners, using Nebraska-based construction company, so that brings all that investment back into the county,” Nelson said.

Nelson said based on their contract with Nebraska Public Power District, Custer Public Power could potentially generate up to 11 megawatts of renewable energy in this fashion.

“The infrasound does affect me. It causes sleep disturbances for me during the night if the wind's blowing. I don't sleep well, I get pressure within my ears,” Wilcox said. She said turbines have been built too close to homes of landowners like her who don’t want them, infringing on property rights.

“If one of our children or grandchildren ever wanted to build a home on one of the corners of our farmground, they wouldn’t be able to because the tower would be right across the road from it,” Wilcox said. Antelope County’s zoning regulations are currently under revision, which could lead to changes for future wind farms.

David Bracht, director of the Nebraska Energy Office, says these concerns are similar to any kind of new development—agricultural or otherwise—in a community.

“So I think in that respect wind is not any different than when we started seeing more cattle feeding and more hog feeding in different parts of rural areas,” Bracht said.

Bracht points out that Iowa, a smaller, more densely-populated state, has six times the amount of wind power as Nebraska. “We are really early in our wind development,” he said. “So part of it is, I think, the newness of it. It takes a while for people to get used to it.”

Bracht expects concerns over wind development will ease as the economic benefits become more noticeable over the long term.