Why is the opioid epidemic hitting rural America particularly hard?

Prescription painkillers and heroin are fueling a rise in drug overdoses in communities across the country. According to research on the epidemic, some of America’s rural areas are particularly at risk for opioid addiction and abuse.

A doctor handed Melissa Morris her first opioid prescription when she was 20 years-old. She had a cesarean section to deliver her daughter. To relieve post-surgical pain, her doctor sent her home with Percocet. On an empty stomach, she took one pill and laid down on her bed.

“I remember thinking to myself, ‘Oh my god. Is this legal? How can this feel so good?’” Morris recalls.

She was hooked. From there she started taking the pills recreationally, shopping around for doctors who would write new prescriptions, frequenting urgent care clinics where doctors didn’t ask a lot of questions and were loose with their prescription pad.

Morris’s path started with Percocet and Vicodin, commonly prescribed pain medications for acute injuries and illnesses. When her tolerance rendered those practically inert, she switched to Oxycontin pills. Then she started injecting Oxycontin. After that, she got her hands on Fentanyl patches, a highly addictive and potent opioid. She’d chew on them instead of applying them to skin as the package directed.

But when doctors got wise to her shopping tactics, her supplies diminished.

“Then it’s heroin, and that’s the Holy Grail,” Morris says.

Morris started stealing to fund her addiction. She then got into the drug trade herself, dealing methamphetamine and other illicit substances, raising money to buy more heroin.

“You can buy a gram of heroin for 50 bucks and it’ll last you five days longer,” she says. “And that’s why so many people here have turned to heroin.” 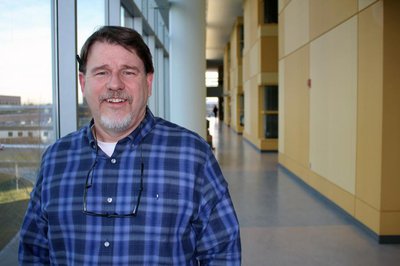 Morris’ story is all too common. Prescription painkillers and heroin are fueling a rise in drug addiction and overdoses in communities across the country, killing tens of thousands of people each year. Rural areas are particularly at-risk for opioid addiction and abuse, and many experts expect the problem to only get worse.

Morris lives in Sterling, Colorado, a city of 14,000, a two-hour drive northeast of Denver. The biggest employer is a state prison. Since 2002, the death rate from opioid overdoses in Logan County, which includes Sterling, has nearly doubled, according to data analyzed by the Colorado Health Institute. Morris says she has known at least ten people in her community who’ve overdosed on a mix of drugs in the last few years.

Sterling is far from unique. Rural areas and small cities across the country have seen an influx not only in the prevalence of prescription opioids, but illicit ones like heroin. According to the U.S. Centers for Disease Control and Prevention (CDC), opioids were involved in more than 33,000 deaths in 2015, four times the number of opioid-involved deaths than in 2000. A recent University of Michigan study found rates of babies born with opioid withdrawal symptoms rising much faster in rural areas than urban ones.

As the epidemic becomes more deadly and reaches into more communities across the country, researchers are scrambling to both diagnose what causes some places and people to be more susceptible to opioid abuse, and to devise solutions. Jack Westfall, a family physician and researcher at the University of Colorado and with the High Plains Research Network, works with a network of rural clinics and hospitals in the state and says doctors on the Plains are feeling frantic.

“The number one issue we’re facing is opioids,” Westfall says.

For more than a decade, opioids have been a key part of a rural doctor’s pain management for patients, Westfall says. When there’s a lack of treatment options in a rural area, alternatives like physical therapy are out of the question and drugs are a prime option.

Medication-assisted treatment for drug addiction is also limited, leaving those addicted forced to drive hours to get prescriptions for Buprenorphine, an opioid used to wean people off heroin and other illicit forms of the drug. When a patient shows up addicted to prescription medication, many rural doctors feel helpless, Westfall says. 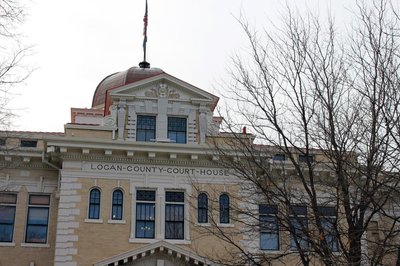 Since 2002, the death rate from opioid overdoses in rural Logan County, Colorado, has nearly doubled, according to data analyzed by the Colorado Health Institute. (Photo by Luke Runyon, Harvest Public Media)

“You have a situation where people might be particularly vulnerable to perhaps using prescription opioids to self-medicate a lot of symptoms of distress related to sources of chronic stress, chronic economic stress,” Cerda says.

The specific types of jobs more prevalent in rural areas -- like manufacturing, farming and mining -- tend to have higher injury rates. That can lead to more pain, and possibly, to more painkillers.

Other research points to the unique social structures in rural America as a potential cause. In some ways, rural regions are built to spread illicit drugs. Kirk Dombrowski, a sociologist at the University of Nebraska-Lincoln, says people who live in rural areas tend to have sprawling social networks.

“One of the things that is counterintuitive to most of what we think of as a small town is that rural people have much larger social networks than urban people,” Dombrowski says.

In some cases, Dombrowski says, rural residents know and interact with about double the number of people an average urban resident does, giving rural people more opportunities to know where to access drugs.

“So some of those social factors of being in a small town can definitely contribute,” he says.

The epidemic’s rural nature landed it on the desk of U.S. Department of Agriculture Secretary Tom Vilsack who’s been leading the Obama Administration’s interagency push to curb opioid abuse. That included a $1 billion budget request recently funded by Congress in the form of the 21st Century Cures Act, structured to give grants to states hardest hit by the epidemic.

“It’s not a fundamentally rural problem,” Vilsack says. “But it’s a unique problem in rural America because of the lack of treatment capacity and facilities.”

That lack of treatment is felt back in Sterling, Colorado. Melissa Morris relies on Suboxone, the brand name of Buprenorphine, an opioid used to wean people off heroin. Morris doesn’t get high when taking it, but she does avoid the vomiting, diarrhea and sweating that comes with opioid withdrawal. She puts it under her tongue to let it dissolve and take effect.

Morris has been off heroin since 2012. She drives to a clinic two-hours away to pick it up. She says there’s a six-week waiting list for the only doctor in Sterling certified to prescribe Suboxone. Other areas of Colorado’s eastern plains have no doctors at all who are legally able to give out Suboxone.

A new effort from University of Colorado researchers could help there, with plans to train 40 primary care doctors, their clinical care teams, and nurses in Colorado’s plains and southern San Luis Valley. Morris is advising that team as they roll out their new effort.

Morris acknowledges that close social ties in her smaller city could’ve contributed to the drugs’ spread, saying opioid users tend to “stick up for each other.” Those bonds can lead to a proliferation of drugs, but they also cut other ways. Just recently she recruited two opioid-dependent friends to the clinic she goes to weekly for treatment.

“I used to sell them pills, and heroin,” she says. “And so I do have hope. I’ve seen those success stories.”