"We had to do something": Vietnam protests at UNL and one tense week in 1970

One week in 1970 was a potentially dangerous flashpoint for anti-war protests at the University of Nebraska-Lincoln. Mike Tobias looks back at what happened and the growth of campus Vietnam War activism.

Dan Ladely didn’t start out as a Vietnam War protestor. When he came to the University of Nebraska-Lincoln campus in 1965, the Gordon native was a photographer for the student newspaper, the Daily Nebraskan. He covered others protesting.

In part two of this two-part series, we'll examined how the FBI was watching anti-Vietnam protests and protesters at UNL. 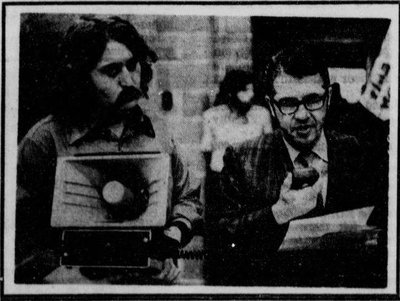 In a picture from the May 6, 1970 Daily Nebraskan, UNL President Joe Soshnik (R) reads a statement to students occupying the ROTC building as Dan Ladely (L) looks on. (Courtesy Daily Nebraskan) 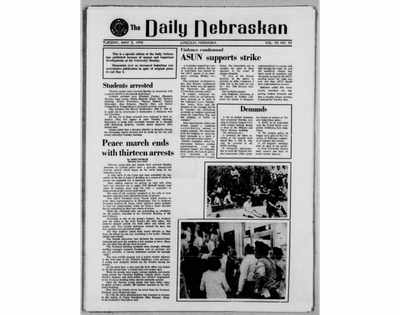 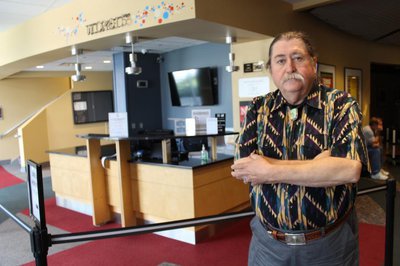 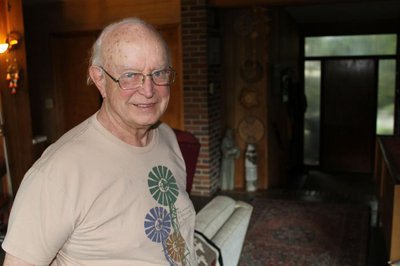 "A Duty to Protest," story from NET's "Nebraska Stories"

“I was going to a lot of the protests that were going on, and kind of slowly but surely, I became more of an activist and felt like the war was really wrong,” Ladely recalled. “I mean, I felt like it anyway, but as time went on, I decided to become more of a participant rather than an observer.”

Steve Tiwald still calls Vietnam “a tragic mistake.” He remembers his opposition gradually increasing from when he first came to UNL from Omaha in 1967.

“As my consciousness about the war increased, I opposed the war,” Tiwald remembered. “I think that as the war escalated, as more and more troops were sent, it became more of an issue for students across the spectrum.”

Not all late 1960s UNL students opposed the war. But accounts paint a picture of steadily growing anti-war activity. There were marches, teach-ins, concerts and speakers.

“I think we'd gotten to the point where we were having protests just about every week, but they were pretty small,” Ladely said. “There wasn't any violence or anything, or occupying buildings, or anything like that. It was kind of interesting, there would always be a group there that were anti-protesters. And after the protest was over we'd all go to (a local bar) and drink together.”

Small and peaceful. That changed one week during 1970. On Thursday, April 30, President Richard Nixon announced that U.S. troops had entered Cambodia. It was a flashpoint across the country, a sign the war was escalating. UNL students, including newly-elected student body president Tiwald, spent the weekend talking about protests and strikes, finally planning a Monday midday rally outside the student union. The rally had just started “when word came about the shooting of the students at Kent State. And this just accelerated the anger of a lot of students,” Tiwald remembered.

A hundred people, mostly students, quickly left the rally and walked a few blocks to the county draft board office. They wanted draft board workers to cease operations for the day. That didn’t happen. The call went out for all available Lincoln Police officers. They broke up the demonstration and arrested 13 people. A few hours later Ladely and other anti-war students gathered at the University Ministries in Higher Education, a campus religious organization, to plan something bigger, occupation of the university’s military and naval science building, also known as the ROTC building.

“Marched over there, and there wasn't any security at all,” Ladely recalled. “I think there was an old man who was campus police standing in the lobby holding the door, trying to hold the door shut, and somebody just jerked it open, and we all went in.”

It started with 30 or 40 students entering the lightly guarded building at 8 p.m. The crowd grew to nearly 1,800. There were serious protesters, but also people just curious about what was happening and even some live music at the sit-in, described in a university report as “mostly peaceful.” By 10 p.m. leaders of the takeover had a list of demands, including suspending campus ROTC programs, amnesty for those arrested at the draft board protest and university backing for a national student strike to protest Vietnam.

“You know, the protest wasn't aimed towards the university administration. It was really to protest the war. We weren't protesting anything on campus at all,” Ladely said.

Tiwald was concerned taking over the ROTC building would backfire on protestors. “My concern was that the focus would shift, the public focus would shift from the war and discussion about whether the war was proper, and just to an issue of what the students were doing at the university campus and whether they were breaking laws and doing damage,” he said.

But there was also talk of armed police and National Guard soldiers ready to intervene.

“Oh yeah, we were concerned,” Ladely remembered. “And if we would've stayed long enough, they probably would've come in and removed us violently. I think we were all worried about what the consequences, what the ramifications of this might be, from being expelled to getting arrested, and getting beaten up. Any of that stuff could've happened.”

Behind the scenes things were happening to keep this from becoming another Kent State. English professor Paul Olson was active in the anti-war movement, but also a faculty leader who knew Governor Norbert Tiemann from church. He stayed in contact with students, administration and the governor. Discussions throughout the night helped cool a potential powder keg.

Olson and others say UNL president** Joe Soshnick was also a difference maker.

By 10 a.m. the next day the smaller crowd of students remaining walked out of the ROTC building after an agreement that discussions would continue that day at a faculty meeting, then an all-university town hall. An estimated 9,000 students, half the student population of UNL at the time, attended the town hall and supported a three-day strike on classes.

“I think we just wanted to speak out,” Ladely said. “We were angry and frustrated because of Kent State. We just needed to vent those frustrations. We weren't naïve enough to think that they were really going to concede to our demands. They weren't going to let the whole university go on strike, things like that. But mostly I just think we wanted to be part of the national movement against the war. We had been in a very quiet way for a long time, but we just wanted to step it up and become a little louder.”

The Board of Regents later commissioned a panel to investigate the events of that week. Its report determined damage to the ROTC building was less than $1,000; determined the actions of students related to the draft board protest, ROTC building takeover and student strike were “improper”; said the participation of one faculty member was improper (Stephen Rozman, who was later fired); and generally praised administrators and faculty, including Olson, for “efforts beyond their delegated duties to control a potentially dangerous situation.”

Anti-Vietnam activities continued until the war ended a few years later, but nothing like that tense week in early May of 1970.

“It was truly an amazing several days there,” Tiwald said. He lives outside Chicago, where he’s the founder and executive director of Green Earth Institute, a nonprofit promoting organic farming. He said the impact of the Vietnam War lingers. “It caused problems that we still see today in the cynicism about government, mistrust of government, breakdown of civil discourse. If the Vietnam War had not happened, then I think that there'd be much more of a sense of community across our broad country. But that was broken by the Vietnam War and has not recovered.”

Dan Ladely never strayed more than a few blocks from the ROTC building he helped take over. For 40 years he has been director of the Mary Riepma Ross Media Arts Center, UNL’s independent film theater.

“It was a very interesting time. I think we really felt like we had to do something,” Ladely said. “My sophomore year here my roommate flunked out, went to Vietnam and died, was killed. So, it was really affecting us a lot. And we were really wanting to stop it.”

**note: while UNL's leader normally holds the position of chancellor, Soshnick the its first and only president. Learn why HERE.