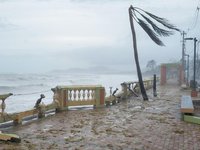 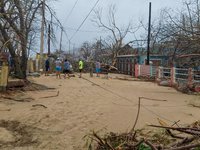 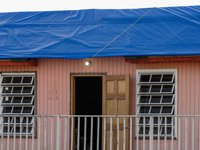 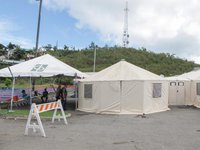 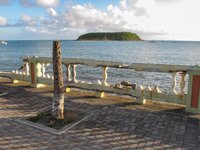 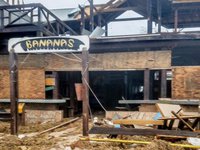 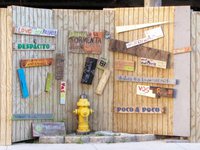 The island of Vieques, part of Puerto Rico, is known for its beautiful beaches and its history as a navy bombing range. But following last year’s devastating hurricanes, a handful of Nebraskans also found it brought them together around another feature; its humanity.

And leaving 9,000 residents without electricity, water, internet and medical supplies.

A handful of Nebraskans who normally vacation on the island eight miles east of Puerto Rico volunteered for relief duty, instead. 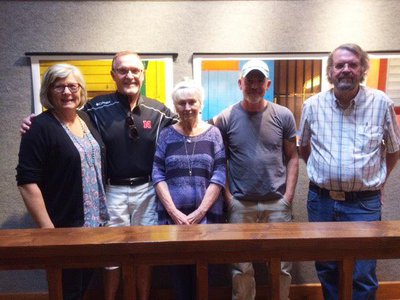 Lincoln artist Anne Burkholder and her friend Donna Hutchens recently assembled the group for a reunion of sorts at Burkholder’s downtown Lincoln art gallery and studios. Although they have strong ties to the island from visiting it as tourists, these folks really didn’t know each other well until disaster struck.

Now, after sharing the experience of volunteering outside of Nebraska, they have a deeper connection.

Burkholder said it was tough to see conditions on the front lines after a natural disaster.

“They had no water,” Burkholder said. “Things were really bad. Unsanitary. The sewage pumps weren’t working.”

Lincoln electrician Jim Stevens said being unable to communicate with the islanders to know how he could help was frustrating. 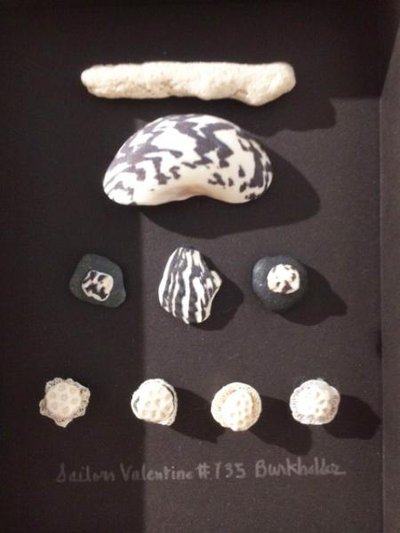 Anne Burkholder combs the beaches of Vieques for sea glass, sea shells and coral to fashion her own kind of sailor's valentines. (Photo by Pamela Thompson, NET News).

“After the hurricane hit, the first thing I did was try to get ahold of people that I knew on the island,” Stevens said. “I think it was three-and-a-half weeks before I could find someone I knew. So immediately we started buying mosquito nets, mosquito repellent, solar lights, batteries and protein bars.”

Hutchens said the loss of communications in the disaster changed her perspective.

“We take all that sort of thing for granted,” she said. “The electricity and wifi and just how completely isolated they were; nothing, no information getting in or out.”

Along with buying and delivering essential supplies, mainly to the elderly and the homeless, Stevens said he helped install generators, repair roofs and shutters, and clear debris from streets and yards with a chain saw. 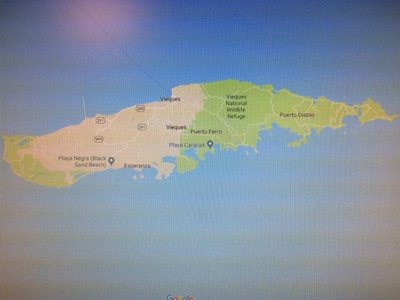 Unlike on their previous visits as tourists, this was no day at the beach. But Don Hutchens (Donna's husband) said the hard work in difficult conditions gave new meaning to their presence.

“You started to meet all the locals,” he said. “Because you were in the hardware store, the plumbing store. You got to know the people versus the other tourists or the people who work in restaurants and grocery stores.”

Jen Davidson, a pastor First-Plymouth Church in Lincoln whose ministry works with people facing the challenges of aging, said dealing with devastation can unleash compassion.

“Sometimes I think the pain and devastation is so great, in any given situation, that we just have this compulsion to do anything that we can see that might be helpful to other human being,” Davidson said. 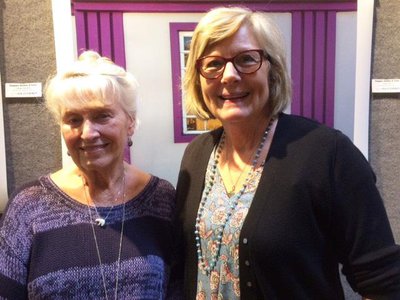 “We met some other people on the island from some other states, and Angelino said 'God bless you guys,'” Stevens said. “That was pretty rewarding. They were so appreciative of everything people were doing for them.”

Burkholder has been going to Vieques for 18 years. She said volunteering for hurricane recovery deepened her commitment to the island.

“I think once you get to Vieques and know Vieques, you love Vieques,” she said. “But it’s not a tourist island. It’s real people.” 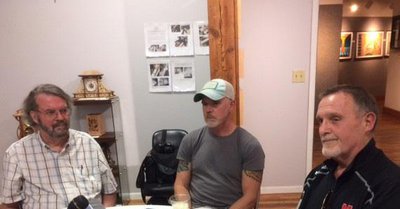 Stevens said the empty beaches, wild horses and glowing bay distinguish Vieques from other places. But getting to know the people keeps it in his heart.

“It’s a beautiful place,” he said. “Before hurricane and after hurricane, to me, makes no difference. The people are just as friendly and helpful, the beaches are just as beautiful as ever. The structures that came down can be replaced.”

And, with another hurricane season underway, these volunteers know there’s a lot more work ahead.

“The little work that we did was just a drop in the bucket,” Donna Hutchens said. “And there’s so much more to do. And then they’ll be another hurricane.”

And while they all would like the island, where tourism accounts for 65 percent of the economy, to rebound, Smith said he doesn’t want it to change too much:

With Conventional Farmers Embracing Dicamba, Specialty Crops Likely Next in Line for Damage
Their Hands Are Their Eyes: Kids Touch Their Way Around Lincoln Children’s Zoo
More women in Nebraska finding careers in natural resources-related fields