Cotton fabric has been a staple in our closets for decades, but times are tough for farmers in the U.S. cotton belt who are caught in the middle of a storm of changing global demand. Cotton is competing for land with row crops like corn and soybeans.

Cotton acreage in the U.S. has been declining for years, with 2015 hitting the lowest mark in decades. It has dropped from nearly 15 million acres to less than 9 million acres in just the past five years.

“One of the main issues facing the world cotton market is just a sluggish demand,” said Jody Campiche, vice president of economics and policy analysis at the National Cotton Council.

It boils down to one thing, Campiche said: China. China used to be the largest export market for American cotton. A few years ago, more than 40 percent of U.S. cotton exports ended up there. Last year, it was down to 6 percent.

A lot of American clothes are made in China, but clothing companies there are relying more and more on cheaper man-made fibers, like polyester.

“It has really kind of changed the world market and the way that U.S. producers have to compete in a world market,” Campiche said. 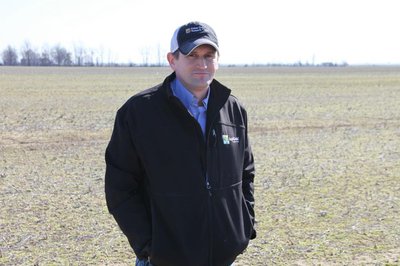 Missouri cotton farmer Justin Rone plans on adding 25 percent more cotton to his fields this year, as prices are down for soybeans and corn. (Photo by Kristofor Husted, Harvest Public Media) 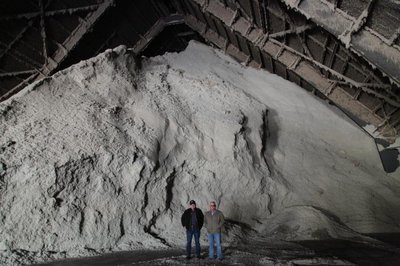 According to the U.S. Department of Agriculture, a big reason man-made fibers are on the rise is growing consumer demand for athletic wear, such as Lululemon and Under Armor fitness apparel.

U.S. producers are also facing growing competition from countries like India and Pakistan.

Charles Parker has been growing cotton in Senath, Missouri, near the southeast border with Arkansas since the 1960s. He has seen first-hand the toll price-swings have taken on the cotton belt.

“Everything around here was cotton,” he said. “[It was] pretty much wall-to-wall cotton. But this past year there was corn and some milo and soybeans and cotton. So we were kind of a minority this last year.”

From Georgia, to Arkansas, to Missouri, to Texas, the cotton industry has taken a beating. Farmers have sold out or switched to other crops. Cotton gins have closed up shop. Parker says he and a few other growers banded together to buy a gin to keep their operations going. In a good year, the operation would gin more than 90,000 bails.

The increase in competition from overseas and from man-made fibers has the U.S. cotton industry looking for federal help.

Many farmers have turned to planting other crops, like corn and soybeans, looking for a little more security.

The cotton industry is asking federal lawmakers to help protect growers from down years. Growers would like cottonseed to be classified as an oilseed, which would allow them to qualify for farm safety net programs available to soybean farmers, including government-subsidized insurance. U.S. Secretary of Agriculture Tom Vilsack, however, has said he doesn’t have the authority to make that change.

“We’re seeing that now as other commodities have a stronger farm safety net below them, cotton does not,” Rone said.

This year, though, prices are down for crops just about across the board. Farmers like Rone and Parker are planning to plant a little more cotton acreage and hoping for strong yields.

“As long as we can continue to have the high-quality production that we have, and we continue to have favorable weather, we can produce some of those most affordable cotton, some of the highest-quality cotton in the world here,” Rone said.

Small demand growth in countries, such as Mexico, Vietnam and Bangladesh, has been helping U.S. cotton exports, but they’re not enough to offset the recent drop.

Ultimately, growers say, all eyes will be on China and all of the clothes made there that end up in closets closer to home.