A recent U.S. Supreme Court ruling giving employment protections to LGBTQ people from discrimination based on sex or gender. But it may not be the end of litigation on the subject. Dr. Kelsy Burke from the University of Nebraska-Lincoln discussed what data shows about how Nebraskans feel and what could be next in the courts.

Brandon McDermott, NET News: The recent SCOTUS ruling gave LGBTQ folks protections under the Civil Rights Act of 1964. Can you discuss with us what the impact of this ruling is? 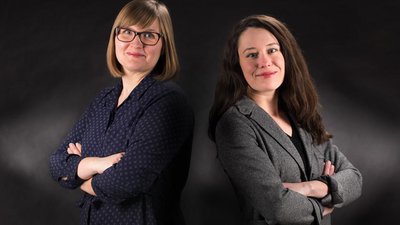 Kelsy Burke, Associate Professor of Sociology, University of Nebraska-Lincoln: Yes, this ruling was a big win for LGBTQ rights across the country. And for Nebraska, it means that LGBTQ residents now for the first time, have a law – a federal law – that protects them from employment discrimination on the basis of sexual orientation or gender identity. Prior to this ruling, Nebraska was one of 26 states that did not have a state law protecting against workplace discrimination for LGBTQ people.

McDermott: Is this a not so fast moment, as you wrote in your recent op ed, that religious beliefs of an employer may supersede the title seven protections that that now are being extended to the LGBTQ community?

Burke: Yes, well, this is something that we are paying attention to in our research with Nebraskan Attitudes about LGBT rights. The groups with the most ignorant opposition in our research on Nebraska residents, perhaps not surprisingly, are those who are politically conservative and those who attend church at least weekly. In the majority opinion for Bostock v Clayton County, Conservative Justice Neil Gorsuch writes a warning that religious beliefs may warrant exceptions to this particular ruling. So he refers to the Religious Freedom Restoration Act, which was passed by Congress in 1993, to protect an individual's practice of religious faith. He describes this as a kind of super statute and emphasizes that the court still has a mandate to uphold the promise of free exercise of religion from our Constitution.

McDermott: Do you think Public opinion is going to sway anything that happens with litigation? 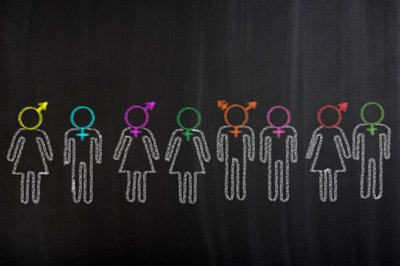 SCOTUS looks to take up three cases this fall which will look at how existing federal Civil Rights laws could also ban discriminating against individuals based on gender identity. (Photo Courtesy iStock)

Burke: So in 2018, we asked a survey that was representative of Nebraska and residents, if they believe that business owners should be legally allowed to refuse service to someone who is gay or lesbian, based on their religious beliefs and we find that a majority say no that they don't support this religious exemption 60% opposed religious exemption with 40% supporting it. And in that same survey, we found that about three and four Nebraskan residents believe that laws should protect LGBTQ people from workplace discrimination.

McDermott: With all that survey data that you've run through that with the work that you've done on your end, and Nebraska being one of those 26 states without a law prohibiting employment discrimination on the basis of sexual orientation or gender identity. What's next with Nebraska?

Burke: Well, I think it may well be left for state courts in Nebraska and other states to decide as these issues of religious freedom and LGBTQ rights collide. We know from national data that about 55% of Americans believe that gay and lesbian people experience a lot of discrimination and about the same amount say that evangelical Christians experience Or a lot of discrimination. So these are things that the courts will be left to untangle.

Dr. Emily Kazyak at UNL also contributed to the survey and research alongside Kelsy Burke.