Trump’s tweet Thursday read “Study what General Pershing of the United States did to terrorists when caught. There was no more Radical Islamic Terror for 35 years!” Early last century, Pershing was military governor of a largely Muslim area in the Philippines during an insurgency after the U.S. took over that country.

Trump told this story of how Pershing handled the terrorists at a campaign rally last year. 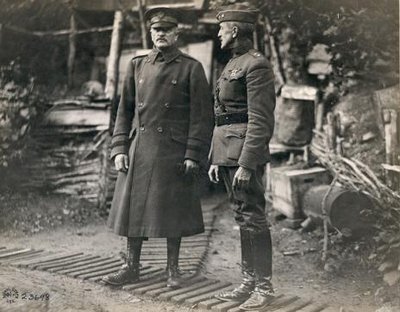 “He took 50 bullets and he dipped them in pigs’ blood. And he had his men load his rifles and he lined up the 50 people and they shot 49 of those people. And the 50th person he said ‘You go back to your people and you tell them what happened.’ And for 25 years there wasn’t a problem,” Trump said.

But Barney McCoy, an associate professor of journalism at the University of Nebraska-Lincoln who is working on a documentary about Pershing, said the facts don’t support Trump’s story.

“A number of historians going back decades who have looked at this story that’s really considered to be more myth than fact have disputed the claims that others have made, and would dispute the claims that the president has made that this was effectively how Gen. Pershing dealt with the Moro Muslims in the Philippines in the early 1900’s,” McCoy said. “It’s just not true.” (To see McCoy's blog post about Trump's story from last year, click here.)

McCoy says Pershing did sometimes bury insurgents in a grave with a pig, to dissuade others. But he adds Pershing biographer Donald Smythe wrote that “didn’t discourage anybody, at least for long.”