President Donald Trump returned to Council Bluffs, Iowa Tuesday, nine months after announcing there that he would eliminate the rule banning E15 fuel sales in the summer.

Trump also talked about international trade and signed an executive order on biotechnology.

E15 is gasoline mixed with 15 percent ethanol, which is usually produced from corn. Until now, stations couldn’t sell E15 during the summer because ozone damaging emissions increase in warmer temperatures.

Trump announced in October he would lift that summer ban, and the EPA recently signed off on the change.

“And we celebrate the bright future we are forging together powered by clean, affordable American ethanol," Trump said to applause. "Congratulations."

Most gas stations aren’t equipped to sell E15, and only about 40 stations in Nebraska offer it.

Randy Gard is on the Nebraska Ethanol Board and also operates convenience stores that sell E15 in Nebraska.

“And we came up with something fairly simple but compelling," Gard said. "We said E15 is simply better fuel and costs less." 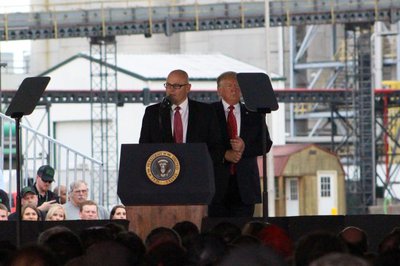 "And with the help of President Trump opening the door for year-round E15, our newest projections for this year show an increase of another 400%," Gard said.

Gov. Pete Ricketts, Sen. Deb Ficsher and other Nebraska leaders joined Trump at the event. Ricketts praised the E15 decision in a statement, calling it a win for Nebraska farmers.

Trump also signed an executive order aimed at cutting back on regulation for new biotechnology. He says the order will help eliminate delays and save developers money.

“An executive order to speed up reviews of biotechnology so that farmers can get access to critical scientific advances faster and reap the benefits of America innovation for many years into the future," Trump said.

According to the Trump administration, the US Department of Agriculture processed an average of five petitions each year from 1993 to 2017. 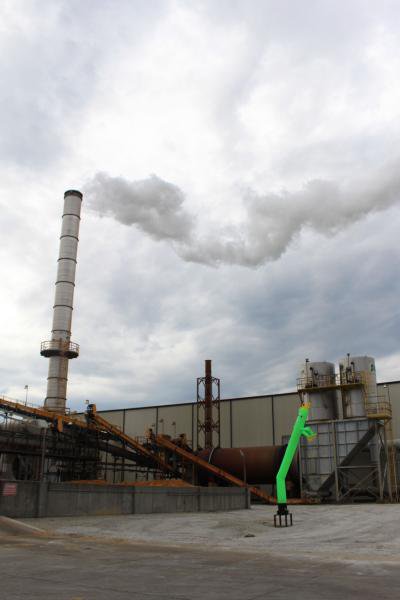 “We also secured $670 million dollars to repair Air Force facilities, including Offutt Air Force Base only a few miles from where we stand today," Trump said. "We just left some great generals and colonels and they were very happy to hear, but they got hit very hard as you know."

Trump asked the many farmers in the room to contact Democrats to urge them to support the United States Mexico Canada Agreement, the trade deal to replace NAFTA.

"It's all a much more balanced, must for fair transaction," Trump said. "You’re gonna make a lot of money, you’re gonna grow a lot of corn and a lot of everything else, you gotta get the Democrats to approve it."

Trump concluded by praising the farmers gathered for the event —

“America’s farmers are not just the keepers of a cherished legacy," Trump said. "You are the guardians of a way of life, a great, beautiful way of life,"