A decade-old idea to have three very different religions share one piece of land in Omaha is now a lot closer to reality. The parts of a rare interfaith partnership are quickly coming together as members of three congregations embark on an ambitious religious experiment.

There’s a lot going on these days on a 35-acre piece of land in West Omaha. If you stand in one spot, you can see earth movers digging the foundation of a brand new Christian church. Shift your view slightly, and you see a new Muslim mosque. Across a small creek is a Jewish synagogue that opened a few years ago.

“Not knowing how this is all going to work out is actually part of the fun of this whole thing,” Eric Elnes said. He’s the senior minister at Countryside Community Church, a congregation that will move into its new home at the end of next year. They’ll be the third part of the Tri-Faith Initiative, three faith communities sharing a common home. 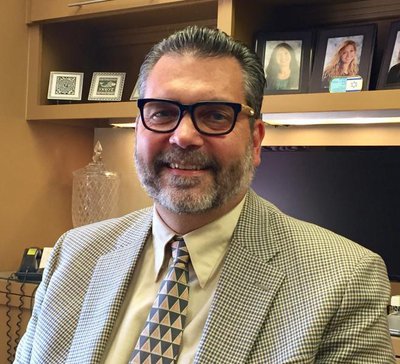 “What we are touching when we bring the three Abrahamic faiths together is, I believe, a spiritual energy that is moving through our culture and our world right now that is so vast and so incredible that it’s hard for any of us to completely comprehend it,” Elnes said. “So if we thought we knew exactly what would be happening when we got there, we wouldn’t be tapped into that energy.”

Elnes and his congregation will join Temple Israel, the first partner on the Tri-Faith campus, and the American Muslim Institute, which opened just a few months ago. It’s a rare combination of religions that typically don’t mix. Islam, Judaism and Christianity may all be Abrahamic faiths, but beyond that, their beliefs are a lot different. Elnes believes those differences are actually what make the partnership interesting.

“It’s kind of like three children of the same parent. You have your relationship with your parent and you know your parent through your eyes, but once you actually listen to your other siblings and their relationship, you discover more things about your parent that you hadn’t realized,” Elnes said.

For Temple Israel Senior Rabbi Brian Stoller, this is an adventure.

“I think of us as pioneers,” he said. 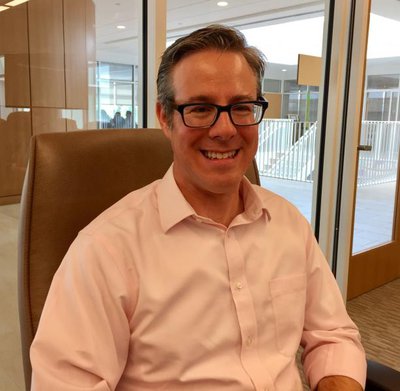 Stoller is new to Omaha and took the assignment here, in part, because of the Tri-Faith initiative. He can look out his office window and see the new mosque and construction on the Christian church.

“I think what we’re seeing physically around us and having our partners in physical proximity to us is generating excitement and energy and great momentum that is going to push us forward,” he said.

For the three faith partners, it’s all about respect and unity.

“Tri-Faith is based fundamentally in respect for each of the faith communities for who we are, how we see the world and what we have to offer each other,” Stoller said. “This can’t work if respect is not paramount among everybody involved.”

The clergy of the Tri-Faith partners have agreed they won’t try to convert members of the other congregations. And they don’t worry exposure to other beliefs will water down their own beliefs. In fact, they think it will actually make them stronger.

Karim Khayati is the vice president of the American Muslim Institute. 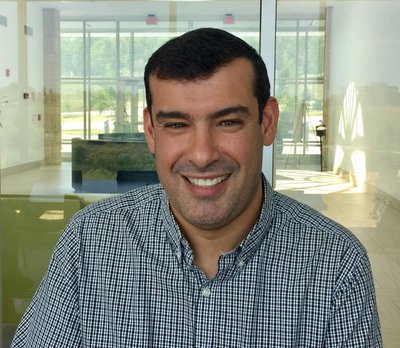 For people who analyze religion, Tri-Faith is a fascinating case study. Max Mueller is an assistant professor of religious studies at the University of Nebraska-Lincoln. He sees the partnership a little differently.

“In a lot of ways, I see this more as a political effort to create spaces and examples where Jews, Christians and Muslims can all not just tolerate them as neighbors but respect each other as practicing what we might call 'good religion,' which means patriotic, which means moral, which means family-oriented, which means socially conservative, though perhaps not politically so, which means American,” Meuller said.

As his congregation’s new home begins to take shape at the Tri-Faith campus, Rev. Eric Elnes says this is a once-in-a-lifetime opportunity that could be the blueprint for other interfaith partnerships.

“I hope we’re making history, but for sure we are part of history, on the right side of history, not the wrong side,” he said.

The Tri-Faith campus will include a commons area and eventually a building where all three religions can mingle.