Their Woodstock: Cather Fans in Red Cloud for Spring Conference

The 63rd annual Willa Cather Spring Conference begins on Thursday, May 31, in Red Cloud, Nebraska. It’s a yearly gathering of Cather super-fans and scholars who study the tiniest details of her work. NET’s Jack Williams spoke with the co-director of the conference, Dr. Todd Richardson, who’s an associate professor in the Goodrich Scholarship Program at the University of Nebraska at Omaha.

NET News: This will be the 63rd annual Willa Cather Spring Conference in Red Cloud. Why are we still so intrigued with Cather’s work all these years later?

Dr. Todd Richardson: I think she represents something about Nebraska that still just continues to resonate with people. In particular, I think the immigrant experience, which is the focus of this year’s conference, because we’re doing My Antonia, which deals with immigrants. She identified something in the immigrant experience 100 years ago, and this is the 100th anniversary of My Antonia, that still deeply resonates with people and captures that experience.

NET News: We’ve had 100 years to analyze and dig deep on My Antonia, but it sounds like there’s much more to be discovered and discussed. Why has this book been such of source of conversation and analysis over past century? 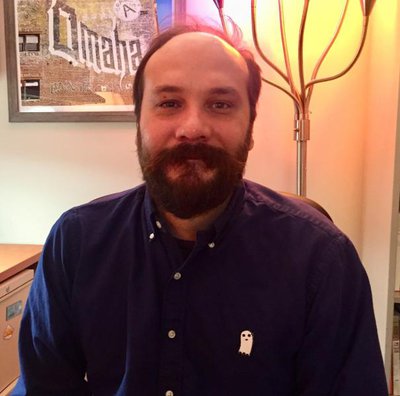 NET News: What kind of event is this for the people who’ve never been to Red Cloud and aren’t aficionados of Willa Cather and My Antonia?

Dr. Richardson: The people who are indifferent to literature probably won’t enjoy much the scholarly panels of discussions of Willa Cather’s novels, which those will happen throughout Thursday and Friday. But there’s also wonderful public events where, for instance, Humanities Nebraska is sponsoring a panel that’s free and open to the public where people in Red Cloud are going to share their experiences, living in Red Cloud and how they identify with the book and that I think will be interesting to everybody because it’s a real world perspective that’s going to talk about the influence of fiction on them. Probably the greatest attraction, or what I’m most excited for is Roger Welsch, the great Nebraska folklorist, who used to be featured on CBS Sunday mornings with Postcards from Nebraska. He’s going to be speaking Thursday night at 5:30, which is free and open to the public, again sponsored by Humanities Nebraska, so we’re really lucky to have Roger Welsch speaking there.

NET News: The line-up includes panel discussions and musical performances. One of the discussions on Friday is “Teaching My Antonia in the 21st Century”. Is that sometimes a challenge, to keep the book relevant to people who may not know that much about Willa Cather?

Dr. Richardson: It’s something I worry about. I teach it a lot. I actually did a class in the fall of 2017 that was entirely on My Antonia, and when I told the students that, these were freshmen who didn’t know what they were getting into and they just groaned and they were really upset. Once they read the book and we discussed it and we started bringing out these timeless themes in terms of coming of age, memory and immigration, they really started to appreciate it and they enjoyed the discussions. But what I did to make it particularly interesting and I thought was a lot of fun was I had them write new chapters for the book, so if they didn’t like something that happened in the book for their paper assignments, they could write new chapters of the book or they could transplant the action into the 21st century and they found that easier than they thought they would because those themes are timeless. So when you give people a chance to not only read the book but actually remake the book, they invest in it so much more strongly and once I got them to do that, it was an easy sell. 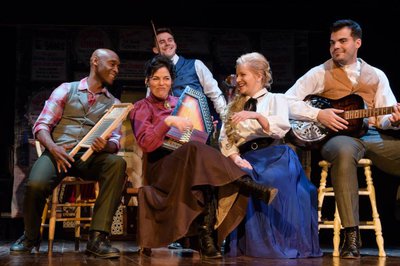 NET News: Willa Cather has some of the most loyal fans around. Does this turn into a yearly reunion and homecoming of sorts every year?

Dr. Richardson: It is. There’s lots of different Cather fans and they invest in her work in very different ways and this is their Woodstock. They come together every year and talk about the books they love. On the one hand, you have the scholars who will be debating the minutia of Cather’s existence. If you’re there and you can catch them at one of the local bars you can often see the Cather scholars debating how many countries did Willa Cather step foot in in her lifetime, things like that. Things that no one would know and they just love it. But then you have people who just love the books and often it’s because they were introduced to them by family members or they read them in high school growing up in Nebraska. There’s a warmth there and they just love Willa Cather and her world and they come together and they get to talk about it. It’s an intimate community and everybody gets along. They all have a common vocabulary that they talk about and it’s pretty cool to see.

NET News: You’ve read and studied Cather over the years. Do you think she’d be surprised that there’s an entire yearly conference celebrating her work?

Dr. Richardson: I can think of it in two different ways. I think on the one hand she would love that there is this much attention paid to her work. She was very self-aware as an artist and was very concerned with her legacy and she wanted to be taken seriously as an artist and she wanted people to continue to discuss her books 100 years into the future. I think, however, she would have been aghast at people focusing so much on her. She’d rather have the attention be on the books and not on her. So it would rather be the My Antonia conference than the Willa Cather Conference, because she was a deeply private person, but by hiding so much of herself, now people are just digging- in like there’s mysteries to be solved and people are obsessed with her life and I think she would be be very uncomfortable with that but maybe actually after a while she’d get used to it and kind of be flattered.