Their Hands Are Their Eyes: Kids Touch Their Way Around Lincoln Children’s Zoo

For Nebraska children who are visually or sensory impaired, a trip to the zoo isn’t always quite as fun as it is for kids who can actually see the animals. But that’s changing for several hundred young people who are touching, smelling and listening their way through the Lincoln Children’s Zoo. The experience means just as much to their parents as it does to them.

Holding a hedgehog named Hammond, Emma Hazel is surrounded by eager kids. She works at the Lincoln Children’s Zoo and looks forward to this day, set aside once a year for young people who can’t see or have other sensory disabilities.

Hazel carefully places Miranda Solsaa’s hand on the hedgehog’s back. Solsaa is a student at the Nebraska Center for The Education of Children Who Are Blind or Visually Impaired in Nebraska City. This is the second time she’s been a part of the zoo’s free Sensory Safari program. 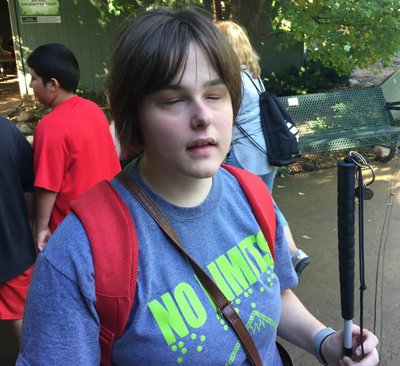 For Axton Powell, 6, the zoo adventure is something new. His mother Sharon and a caretaker from his school are walking him along the pathways, stopping at different Sensory Safari stations. Axton has sensory processing disorder, a condition where his brain has trouble receiving and translating information coming in through the senses.

“Being able to just come down to his core and be himself is a huge blessing,” Powell said. “This is actually his first zoo trip free, not having to be in a high chair or a stroller or pushed. He can roam." 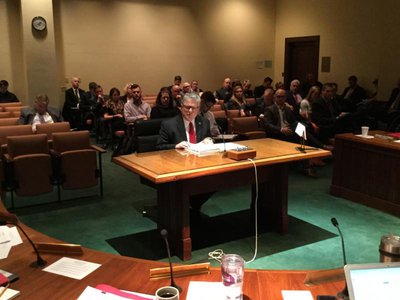 The Powell's live in Utica, Nebraska. They moved there from Lincoln because it’s quieter and easier for Axton. But this trip to the zoo is special.

“My heart is so full,” Powell said. “To be even able to come and just to see him and in his school environment with his peers, there are not a lot of words for a parent.”

Not far away, kids like Landon King, are touching animal firs, finding out what they look like and more about them. Landon, who’s blind, has a big smile on his face as he guesses which animal he’s touching. His mom, Kristi King, is smiling too.

“We talk about so many of these different animals and it’s just so great to actually have him see it with his hands and really feel what they are,” King said. “His hands are his eyes, so you can talk about it, but just being able to actually touch it and feel it is just amazing.”

There are slimy salamanders and tree frogs, horse rides and plenty of smells and sounds for the 400 kids who are touching their way around the zoo. The Lincoln Children’s Zoo has done this for about 20 years, with help from the Nebraska Game and Parks Commission.

“It was an aha moment when it was proposed to us and we said, of course, we must do that and every year the numbers have grown and grown,” said John Chapo, president and CEO of the Lincoln Children’s Zoo.

Back with Emma Hazel and Hammond the Hedgehog, Miranda Solsaa from Nebraska City is ready to explore, a day for her to feel her way to a new adventure.