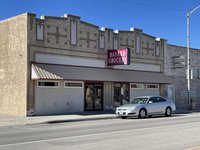 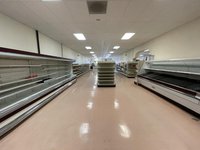 After opening 17 years ago, Bayard’s only grocery closes today. The Western Nebraska city is coming together to find a solution to keep the town’s food options alive. 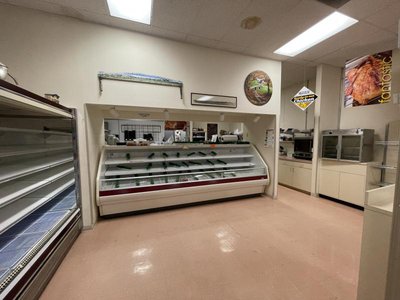 Every morning, Crystal Wood visits Bayard Grocery on Main Street. She walks on the pink tiles, through six aisles, and checks out vegetables in the store’s sole cashier lane. The clubhouse manager for Chimney Rock Golf Course and Restaurant depends on the grocery store every day to cook meals for her guests. But that changed when the owners of the grocery announced in January they were retiring and closing the store. They’ve been trying to sell for years.

"And when I heard that they were closing, it was a big blow because I'm scrambling in my head to think do I travel 30 minutes to an hour every day to get this produce?" she said.

With no other options for fresh food, residents have to travel 15 to 25 miles away to stores in Bridgeport or Scottsbluff. Bayard Mayor Greg Schmall said that means they’re going to see some dollars leave town.

"The biggest impact will be to those people who are not able to get out," he said. "I mean we have a good number of elderly people that live in Bayard that require a lot of local services, the grocery store being one of those."

Cindy Houlden, a cooperative development specialist with the University of Nebraska-Lincoln, said it’s a common trend across the state for rural communities to struggle to keep grocery stores in town.

"You go into a community like Bayard with a population of just over 1,000. They can't support more than one grocery store," she said. "And so when the owners of these grocery stores decide I'm ready to retire, they offer them for sale. But, people aren't always willing to purchase them and move into a small community, or another barrier that occurs is you have someone willing to purchase, but they don't have the capital to purchase the store at what the owner needs to sell it to get their investment back out."

Houlden has been working with the community and Twin Cities Development to find a solution through a community survey. She said the survey was a way to start a conversation with Bayard residents to decide what’s the best step forward.

"You have to determine what's the best answer, and what's the answer that the community can adapt," she said. "If someone wanted to step forward, if they came up today and said, 'I want to buy the store and run it,' that meets the need. But, if that doesn't occur, something else needs to happen. And that's when the community owned or managed models come in, which includes cooperatives."

Results from the survey were discussed in a community meeting last week. Twin Cities’ Community Development Director Michelle Coolidge said everybody was determined to find the best solution to keep a grocery store in town.

"We're getting ready to form a steering committee, who will further research different business models and see what some of the options are," she said. "And what they feel might be the best fit for Bayard, and then take a look at what those steps would be to make that happen."

Despite all the leg work done, Coolidge knew they would not be able to find a solution in time. For now, they are working with other groceries and wholesalers to possibly deliver food to town. Local farmer Billy Estes came to the store one last time to say goodbye and thank the owners for selling the best garlic sausages in town and his own corn.

"I want to see it still exists for us, and somewhat maybe selfishly you know one for ease of convenience of food access to myself but even more so for the community," he said. "And then the flip side of, you know, I'm going to lose a small wholesale account too."

Estes said it was sad to see the empty shelves, but believes Bayard citizens still have the pioneering spirit to make things better for themselves within the community. He said whatever direction the store goes, it’s going to take everybody to shop at the store and support it for years to come.

"I have high hopes that something is in place and I'm here to be the biggest cheerleader, and I will be the first in the door on the first day," he said. 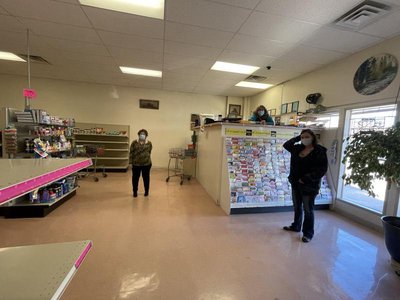 Wendy Buxbaum is the daughter of owners Gary and Peggy Moening. The grocery store manager said her seventy-three-year-old father has been trying to sell the business and retire for years, but the stress of the pandemic made him realize he couldn't do it anymore.

Buxbaum said they always thought it would be the family business but it just didn’t work out that way.

"I feel bad that I can't do it by myself. I feel like I'm dropping the ball. But on the other hand, I'd feel even worse if I tried to do it and I failed and the business drowned," she said. "So I feel pretty comfortable in having somebody else take the reigns and hopefully keep it up and running for the next 20, 30 years at least."

Bayard Grocery opened on March 5, 2004 as a service to the community when the previous grocery store burned down. Buxbaum said it’s not a coincidence they’re closing on the same day years later.

"When dad decided that we were going to close, he said, 'Well, we opened on March 5, I think we ought to close on March 5," she said.

Buxbaum said it was a pleasure serving the community and they had a good run.