The Often Forgotten Role of Women Artists in Nebraska History 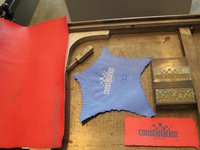 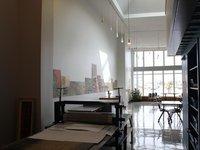 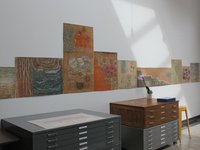 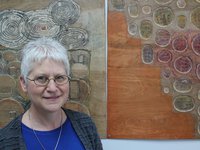 Women artists played a significant role in the early history and foundation of art in Nebraska. But their impact is often forgotten.

“The building was gutted, the only thing that was left was the cement floor, so we had a good opportunity to rethink what would happen in the space and make it workable for a print studio,” Kunc said.

Well-known for her vibrant and colorful woodcut prints, the Omaha native studied art at the University of Nebraska-Lincoln as an undergraduate. After receiving her master’s in Ohio, Kunc returned to UNL, where she’s taught for the past 30 years. It turns out she was following in the footsteps of many women before her.

“In a way, all of the artists now in Nebraska, who have been trained in Nebraska, are starting from a matriarchal line rather than a patriarchal line. So for we women, I think that’s kind of special,” said Audrey Kauders, director of the Museum of Nebraska Art in Kearney. 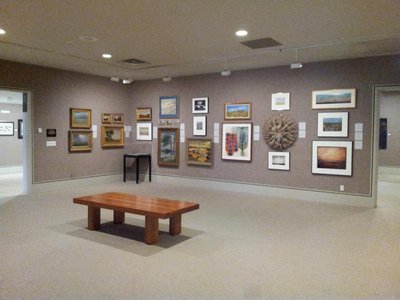 The Museum of Nebraska Art in Kearney (MONA) has a disproportionately high number of women artists in the collection, said director Audrey Kauders. She attributed that to the predominance of women teachers and artists in the state's early history, which presented art as a viable profession for women. In 2002 MONA presented an exhibition of Nebraska women artists from their collection, including works by Alice Cleaver, Elizabeth Tuttle Holsman, Marion Canfield Smith, and Elizabeth Honor Dolan.

To see more works at MONA, visit their website. 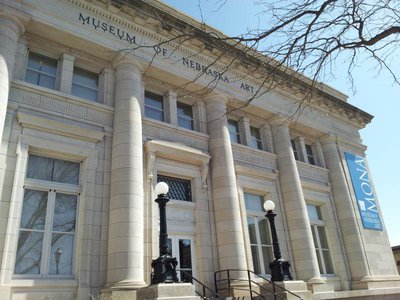 Much of the foundation for art creation, culture and appreciation in the Great Plains came from women settlers. Many traveled and studied extensively in the U.S. and Europe.

“If you look at their bios, you see that many of them, all of them actually, were extremely well-trained at the art schools of the era which, coincidentally happen to be the same art schools today,” Kauders said.

Schools like the Art Students League in New York and Art Institute in Chicago. Yet despite this training, men landed most of the well-paying jobs at prestigious East Coast schools. So women filled the ranks as art teachers and administrators in young universities and schools of the Great Plains, especially in Nebraska.

Sharon Kennedy devoted her UNL masters’ thesis in art history to the role of these women artists in Nebraska —particularly a dozen of them who worked between 1880 and 1950. (Read her article summarizing her findings here)

“For at least the first 30 years of the university’s existence it was well dominated by women. Kearney, University of Nebraska at Omaha—although UNO came along a little bit later, Chadron, but definitely the University of Nebraska in Lincoln in particular,” Kennedy said. She’s now the director of education at the Sheldon Museum of Art on the UNL campus.

“I think we can really credit those women for establishing a very good art program. It’s very impressive the dedication and the way they grew the enrollment substantially,” Kennedy said.

Teaching offered one of the only viable paths for women to produce their own art in a major way, given the expectations and economic realities of women at the start of the 20th century, Kennedy said.

“Unless you were independently wealthy to begin with, you just couldn’t afford to do it. And a lot of the women stayed single. Some did marry, but in a lot of cases I think the artists had to make a choice because marriage often meant children and then it was pretty hard to maintain your art career,” Kennedy said.

Kauders at MONA said several women managed to continue their passion for art while being a wife and mother. Like Emmy Gifford, who filled journals with detailed sketches of outfits. Gifford ultimately began designing costumes and started the Children’s Theater in Omaha.

“So here’s a woman who took her artistic training, put it in her daily life, and also continued to do her art. But what a legacy! That she started a still today, well-renowned children’s theater,” Kauders said.

Many of these women artists left legacies. Like Gladys Lux, who donated the building that became the Lux Center for the Arts in Lincoln. Muralist Elizabeth Dolan, whose work remains on the walls of the state legislature and university in Lincoln. And Sarah Moore, an early art teacher and administrator at UNL who started the Haydon Art Club which would eventually become the support organization for the Sheldon Museum. And there’s another, less tangible, legacy these women left.

“I really think Lincoln and Nebraska has a pretty vibrant art culture and I don’t think it’d be where it is if it weren’t for these women,” Kennedy said. 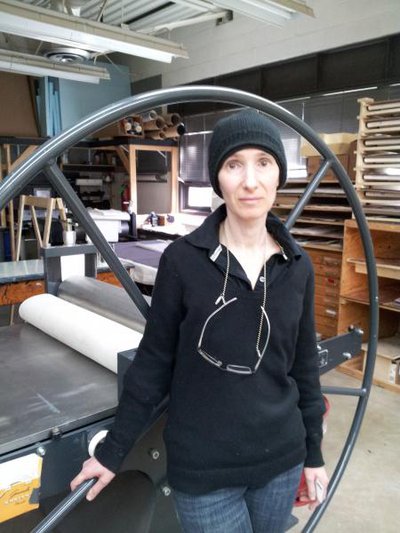 Victoria Goro-Rapoport is a Russian-born and trained artist who exhibits works around the country and world. She creates large-scale etchings.

"I started with just black and white linear stuff, and it developed and developed. I started introducing more color and value into it, so now it’s large-scale color etchings," Goro-Rapoport said. She's taught drawing and printmaking at the University of Nebraska at Kearney for 10 years.

See some of her work here. 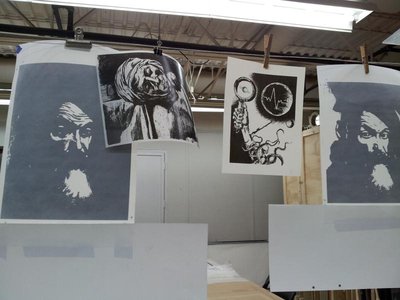 Student work hangs inside Goro-Rapoport's studio and classroom at UNK.

Back at Constellation Studios, Kunc continued the tour downstairs.

“We’ve worked very hard to make this lower level into studio spaces for bookmaking and papermaking. And my type collection is here for handset letter press,” Kunc said.

Like pioneering women artists a century ago, Kunc wants to foster community among local and traveling artists. She plans to use this space as a gallery, workspace and classroom.

Despite the predominance of women in the early history of Nebraska's universities, when UNL hired Kunc 30 years ago, she was one of only two women studio art teachers in the department. The art faculty is gender-balanced now, and Kunc said that’s important.

Kunc said she benefited from the legacy of the women’s equality movement of the 60s and 70s in the resulting new focus art departments and galleries gave to women. At times she does think her gender may have held her back from certain opportunities and awards. But printmaker Victoria Goro-Rapoport doesn’t think her gender has affected her success. She’s an internationally-known artist from Russia who teaches at the University of Nebraska at Kearney.

“When you apply for the shows, for example, they just look at the art work, they don’t look at your gender, at what your age is, it’s pretty anonymous. So I don’t think I had any disadvantages or advantages that were connected to my gender,” Goro-Rapoport said.

Goro-Rapoport was also hired into a predominantly male art department faculty. But like others, she’s seen a shift toward balance in recent years, and said students in her drawing and printmaking classes are overwhelmingly women.

Kauders of MONA said today, while some biases remain, much has changed, “because we’ve all just gotten so used to the idea that women are taking their rightful seats in whatever field of endeavor they wish to go into.”

MONA and the Sheldon continue to acquire, preserve and highlight the work of Nebraska women artists, so their legacy will live on.