The Nebraska State Fair is underway in Grand Island with a wide range of exhibits and activities. But none will be as odd and tragic as what was planned for the Fair 100 years ago. 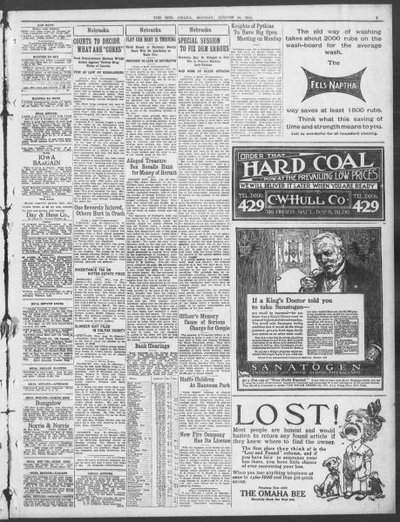 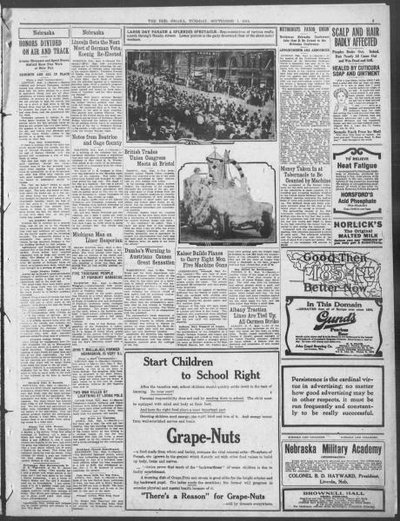 An article in the Aug. 30, 1915 edition of the Omaha Bee tells the story of the “flat car baby,” an infant girl found on a flat car. Believed to be “abandoned by its mother” as a two-day-old in July, she was “wrapped in a sheet and nearly dead” when found. The baby was brought to a hospital in Lincoln and “with good care has been getting along nicely,” according to the Bee, and “has been christened Mary Doe.”

Here’s where the story takes an odd turn: for reasons not apparent, someone decided to turn Mary Doe into an exhibit at the Nebraska State Fair, then located in Lincoln. “An incubator has been secured from Omaha, in which the little girl,” according to the Bee article, “will repose while on exhibition. This promises to be one of the interesting exhibits of the fair.”

The story took a tragic turn a week later. In the middle of a long Sept. 7, 1915 Omaha Bee article about auto races and agriculture exhibits at the State Fair, a paragraph on the fate of Mary Doe begins “the flat car baby, which so many people expected to see at the fair, died last night.” The article notes that although the “best of care was given it” and the baby slowly improved, “death stepped in and little Mary Doe, as she was called, has passed away.”

An unfortunate end to a strange tidbit of Nebraska State Fair history.