The Learning Commons: A growing trend in Nebraska's college libraries

(Graphic: Lisa Craig/NET)
The University of Nebraska at Kearney established a learning commons at its Calvin T. Ryan Library in 2009. (Photo by Ben Bohall, NET News) 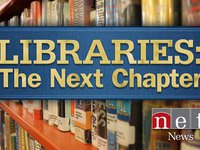 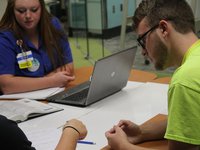 Our special report "Libraries: The Next Chapter" examines how Nebraska libraries are keeping up with changes in technology and consumer demands. In this story, NET News reporter Ben Bohall takes us to the changing academic landscape of the college library

Freshman Yuri Choi first arrived in the US, and the University of Nebraska at Kearney campus, in early fall. With her new college coursework came writing. Lots of it. 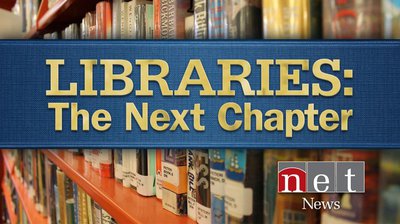 “For an international student, English is not the first language," Choi said.

But she found help somewhere she didn't expect - the university’s library.

“The first time, I was a little nervous, but the tutors are so nice."

Those tutors work at what’s called the Learning Commons. It’s a fixed space taking up a large area of the Calvin T. Ryan Library's 2nd floor. The old adage “silence is golden” doesn’t really apply there. Tutors work with students like Yuri on subjects ranging from reading and writing to Algebra.

Brooke Butterfield is a student worker in the commons

“When a student first starts, they’re kind of embarrassed and shy so those are the fun ones to get them used to it," Butterfield said. “Students will sign out as they leave and they’ll talk about their experience. That’s super rewarding. They’re like ‘that tutor helped me out so much’ or ‘what was their name? I want to come back.’ It’s nice to see that we have a campus that uses their students to tutor other students and it’s making a huge impact. I like that.” 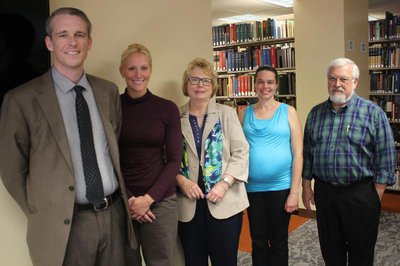 Janet Wilke is the library dean at UNK. The age of information technology has changed the need for physical space in public libraries for resources like books. University libraries like UNK’s are no different.

“The really emphasis here is collaborative space. Libraries are changing with the advent of so much information in digital format and online. We've been able to do some other things with space… And then also that recognition that students are learning in different ways and they need different situations to use,” Wilke said.

The average gate count at UNK's library in the year before the Learning Commons opened in in 2009 was just over 242,000. Since the renovation, it's averaged over 280,000. UNK has also noted an increased retention rate among students. The university's assessments have shown students coming to the Learning Commons are at least 20 percent more likely to be retained the following year when compared to their respective cohorts. Other universities have taken notice. The University of Nebraska-Lincoln’s Love Library plans to open a learning commons in January 2016.

"What you describe in Nebraska, we are also really seeing across the US, Canada, Europe, and the Pacific Rim," Beagle said.

He added the idea of creating a designated area in a library for activities like tutoring or collaborative work, is not a new one. They first appeared in the early 90’s at the likes of the University of Iowa and University of Southern California. Since that time, they’ve become the lifeblood of college libraries across the country. It’s a way for universities and their libraries to become more academically intertwined. Research shows having a collaborative, learning space can also benefit college students long after they leave the halls of a university library. 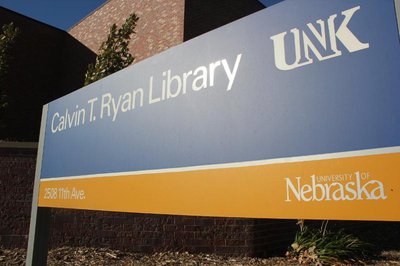 “We are able to develop statistical, meaningful correlations between the learning commons development and improvements in students’ research skills, information literacy skills, hopefully leading then to their ability to better compete in an information driven and knowledge-based economy,” Beagle said.

As Beagle explained, a learning commons can be a lot of things. As the concept continues to grow, university libraries are experimenting with different ways to make their students more information literate. Back at UNK, assistant director of the commons Patrick Hargon said that’s perhaps best epitomized by a mural hanging above commons.

“To us it represents a giant blurring of all of the different disciplines and the learning commons really considers itself an interdisciplinary hub. We want to harness that. We all have something to share with each other,” Hargon said.