The Exodusters who came to Brownville 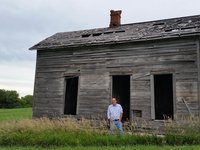 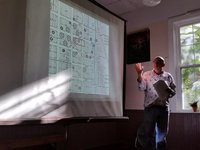 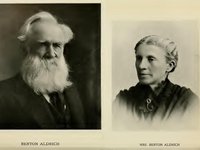 One of the lesser-told stories of Nebraska pioneers is that of black former slaves who fled persecution in the South. On the Missouri River, Brownville was home to a large population of black settlers in Nebraska and is one of the few that has been excavated. 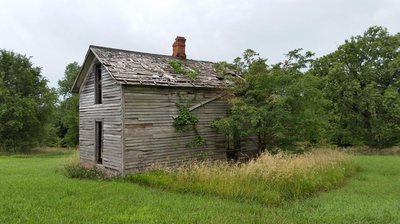 “We got down … probably three or four feet, down to the sterile subsoil,” Bozell recalled, standing on what is now an overgrown patch of land, thronged by weeds and trees. “Thousands of years old, which was probably their floor, they had a dirt floor.”

Bozell and his group got a tip that one of the earliest black families’ homes was buried beneath the ruins of a building formerly used to store ice. When they arrived, they found two layers of construction: concrete from the ice house that dated to the early 1900s and a limestone foundation about 20 years older. There, they found evidence of a family’s home.

“Having these kids look at archival history, documents and then look at stuff, archaeology,” Bozell said, “it kind of makes those documents – the maps, the photographs, the newspaper articles – come to life.” The students uncovered more than 3,000 artifacts, including pieces of crockery, silverware, animal bones and window glass.

Kennedy researched many of the stories of these settlers’ lives (he published his findings in a 2001 edition of Nebraska History), such as the story of Gertrude Cloyd-Brown who was a secretary to the former governor, Robert Furnas, and the story of Henry Brown who may or may not have been elected mayor of Brownville – or at least come close.

But there is much we still don’t know, and some of what we do is preserved only in oral history. 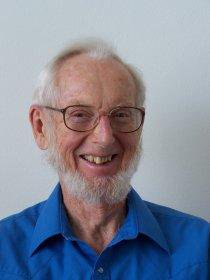 Robert Stoddard, a retired geography professor at UNL, is the great, great grandson of Benton Aldrich. Stoddard is working on a book about his family heritage and Aldrich's role in helping former slaves to find work and land in Nebraska. Courtesy photo.

As Stoddard explained in a recent interview, many black families were fleeing persecution in the South at the time, around 1879. They called themselves the Exodusters, named for the Jewish exodus; they were former slaves targeted by racial violence after Reconstruction was undermined by Abraham Lincoln’s successor, Andrew Johnson. Many were drawn to Kansas, where societies had been established to welcome them as refugees.

Hearing this, Aldrich, an ardent abolitionist, went south to Kansas to offer them work. “Benton Aldrich was a very interesting individual,” Stoddard said. “He had strong opinions about things. He felt strongly about slavery and the freedom of people.” 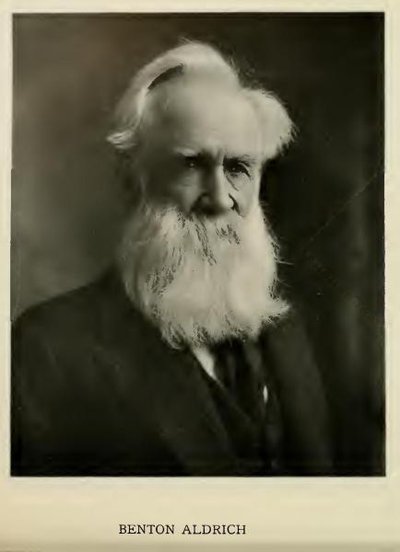 “But this one woman kept coming back,” Stoddard said. “She would walk all the way from Brownville to the Aldrich family and work with them and for them. They became very good friends, and the family continued to visit her even after Benton had died.” 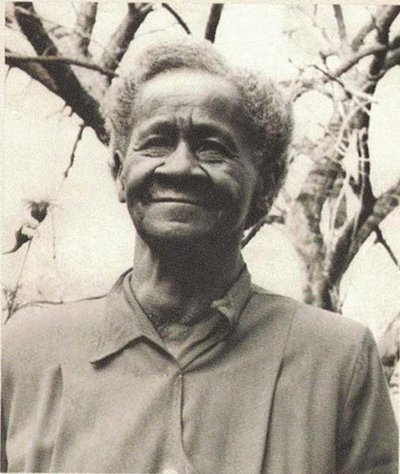 “Harriette was in a hospital and all her sisters were living in the house with her,” said Harold Davis, a historian in Brownville who attended a recent talk by Bozell where he presented his findings. “Just got the stove too hot and burnt the house down. That's what happens when you're burning with wood or coal.”

Davis headed the Brownville Historical Society when Bozell and Kennedy first began preparing for the dig. Davis helped excavate part of Harriette Greene’s old house. Among other things, they found a marble slab that topped an old dresser. “Harriette liked fine antiques,” Davis said. “So she lost everything when that house burnt.”

Davis doesn’t know what happened to the marble. It was just another artifact, another clue to a person’s life that might be buried somewhere. Bozell says there are so many more clues like that just waiting to be found.

“We only excavated about 10 percent of the building,” he said, “just enough to confirm the limits of it and what it was.” Bozell said he was hoping to find some Civil War era or ethnic African artifacts perhaps kept as keepsakes. “We didn't find any of that, but not to say it's not there,” he said. “No one had scratched that surface since the 1880s. That stuff was just laying there, buried.”

Editor’s Notes: NET was unable to track down descendants of Almeda Green. If you have any information that might help, please send a note to radio@netnebraska.org.Tune in to Weekend Edition next Saturday for part two of our series on Nebraska’s African American pioneers. We’ll talk to descendants of one of Nebraska’s most successful early black settlements: DeWitty in Cherry County.