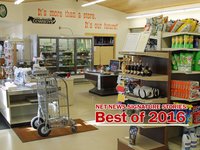 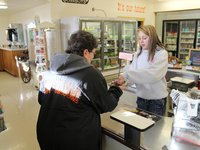 There’s a unique grocery store in a tiny town in north central Nebraska that’s unusual because of who owns and operates it. Cody is home to the Circle C Market.

On a typical Thursday, staff at the Circle C Market check what’s in stock and decide what to order. Erin Cheney is produce coordinator.

VIDEO: "Why the Circle C in Cody, Nebraska, calls itself 'more than a store'" 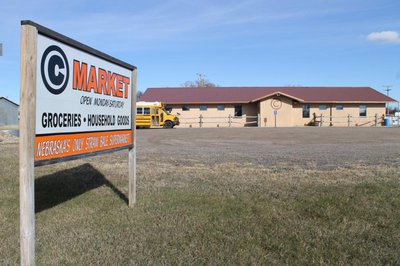 The Circle C Market has been open for almost three years. (All photos by Mike Tobias, NET News) 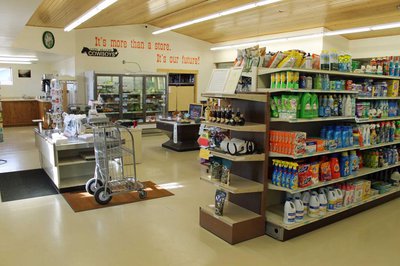 Inside the Circle C. 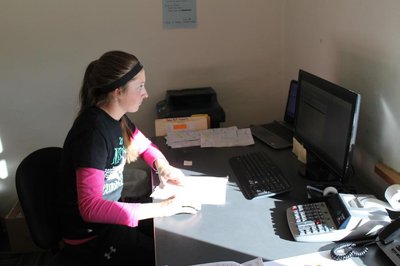 Cody-Kilgore sophomore Sydney Adamson has been around the Circle C since early discussions; she'll manage the store this summer. 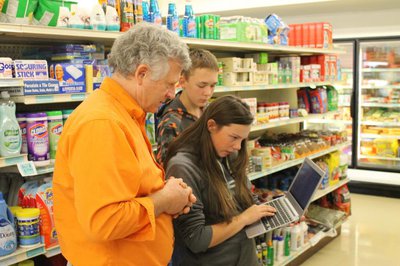 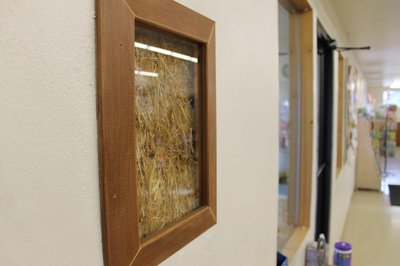 The walls of the Circle C are primarily straw. 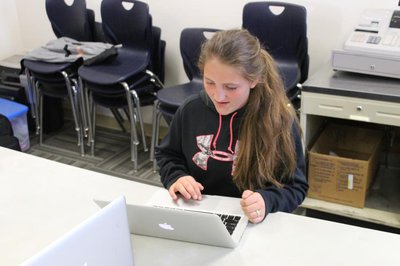 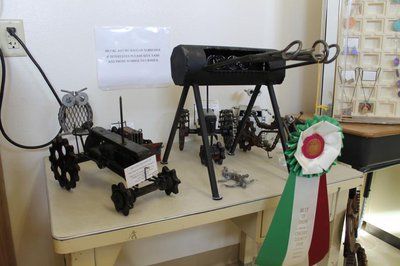 Circle C also provides an opportunity for student entrepreneurs to market their own products. 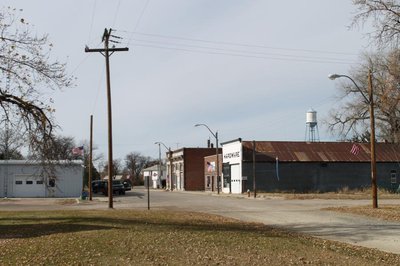 The village of Cody has a population of 156, as of 2013. Some Cody-Kilgore students live on ranches 50 miles away.

I’m looking to see what we have a lot of, what we don’t have very much of,” said produce coordinator Erin Cheney while looking through a cooler of vegetables. “So I’m ordering more celery because we only have four packages.”

Nearby, Sydney Adamson works on a computer. “I’m entering all the daily work in QuickBooks,” she explained.

The handful of Circle C staffers finish their hour of work, and go back to school. Yes, back to Cody-Kilgore School, a couple blocks away, where Adamson and the others are students.

“Student-run grocery store, I mean that's not very common,” Adamson said, in a bit of an understatement. It’s rare in fact, although nationally there are a couple other school-run, non-profit grocery stores like Circle C.

How did this happen in Cody? First, a little background. The village sits atop Cherry County, a sparsely populated chunk of Sandhills ranchland bigger than the entire state of Connecticut. Just 150 people call Cody home. It’s not a prime location for any retail business to thrive and survive; Cody’s previous grocery store closed more than a decade ago.

“It started through a brainstorming session actually here at the school long before I was here,” said Todd Chessmore, who was attracted to the Cody-Kilgore Schools superintendent job because of the Circle C project. “A couple teachers said, you know kind of as a joke, ‘we need to have a grocery store.’ As the discussion went on that joke turned into, ‘well let's see what we can do.’”

They turned a crazy idea into reality, involving students and community members from the beginning. The USDA and Sherwood Foundation were among groups that provided start-up funding; the Center for Rural Affairs helped with planning. After a few years of discussion, debate and some challenges, they were ready to break ground. Then it took a few months and lots of volunteers to construct the unique 3,500-square-foot building, which has walls filled with straw for insulation. The Circle C finally opened for business about three years ago.

“I've actually been involved since I was in third grade,” Cody-Kilgore sophomore Adamson said. She started out going to planning meetings with her mom, a teacher and one of the earlier proponents of the store. Now she spends several hours a week there. “I’ve been here through the, when they thought it wasn’t going to work and it wasn’t possible. Just always kept going and found a way and now we have a store and it’s kind of special.”

Here’s how it works. A board of community members oversees the non-profit operation. Chessmore is executive director. During the school day, students take on tasks at the store as part of different classes, with a paid adult employee and educators on hand to help train and supervise. The rest of the time students are paid to work at Circle C.

“The store is truly run by students. I think that's probably the thing that (we) kinda battled for little bit,” Chessmore emphasized. “We have adults that are involved but essentially we try and get the kids to do pretty much everything.”

That is everything from elementary school students decorating grocery bags, to high schoolers deciding to stock a new cereal. On this day, a small group of students decided to replace a generic crisp rice cereal that “never sells” with a different option. In a larger backroom that doubles as a meeting room where classes often gather before starting work, Junior Augie Galloway researched different cereal options. “I’m gonna do a Peanut Butter Toast Crunch deal,” he explained.

Adamson schedules workers, and has been known to cover an open shift at the last minute, something that’s not easy when you live 45 miles from town.

“Most people wouldn’t think it would work,” she said. “I mean the students are doing most of the work. We have supervisors, but it's on us. Yeah, there's a lot of mistakes made, but everything is fixable and we’re getting through it. It’s growing and doing well.”

The store does about $250,000 of business a year. They’ve worked to attract business by keeping prices competitive and stocking 1,500 items. After just a couple years, Chessmore said the operation is self-sustaining and in the black. But not by much, and primarily because of how it’s run.

“Without the school being this intimately involved, I don't think it could be done,” Chessmore said. “I don't. It wouldn’t, it cannot generate enough funds and still be competitive to stay open.”

What doesn’t show up on the Circle C ledger is how the village and its people benefit from having a grocery store that’s not an hour round-trip away. But also how students benefit from having a place to market products they’ve created, a place to earn a little money with a part-time job, and maybe most importantly, a place to gain real-world experience. If you’re one of Cody-Kilgore’s 140 students, you’re likely to do something at the store during your K-12 years.

“I'll know how to work with people better,” added Daugherty, a sophomore.

Adamson, who will manage the store this summer, said Circle C helps her prepare for a possible future in accounting. But she’s learned more by being involved in the process from the start.

“The store really taught me to, I mean never take the first ‘no.’ There's always a solution,” she said. “And (if) people tell you ‘no,’ you've got to keep working and don't give up.”

An attitude reflected throughout the Circle C, and throughout a village that on an edge-of-town sign calls itself “too tough to die.”

VIDEO: "Why the Circle C in Cody, Nebraska, calls itself 'more than a store.'" Produced for Harvest Public Media by Mike Tobias and Brian Seifferlein.

Editor's note: This story is part of our "Best of 2016" Signature Story report. The story originally aired and was published in January.