An annual survey conducted by researchers at the University of Nebraska-Lincoln added two questions for those surveyed this year. The two questions focused on potential work place non-discrimination laws protecting the LGBT community.

This comes on the heels of LB 627 in the Nebraska Unicameral, which failed in early March. Recently, the Supreme Court of the United States has decided it will take up a set of three cases this fall. The cases look to challenge how existing federal Civil Rights laws, which ban employment-related sex discrimination, also ban discriminating against individuals based on gender identity.

The survey is officially called the Nebraska Annual Social Indicators Survey (NASIS). Brandon McDermott sat down with two researchers who had a big hand in the survey, Emily Kazyak and Kelsy Burke, to discuss the findings.

Brandon McDermott, NET News: Emily since we last met, you both conducted a survey in the fall of 2018. Can you tell us about this survey, who was surveyed and what was asked of participants?

Emily Kazyak, Sociologist, University Nebraska-Lincoln: It's a survey that is conducted by the Bureau of Sociological Research at the University of Nebraska-Lincoln. This is a survey that goes out to all Nebraskans and we heard from almost 1000 residents. We heard from people across all regions of the state, across all political party affiliations, across religious groups – it's really a representative sample of Nebraskans in the state. 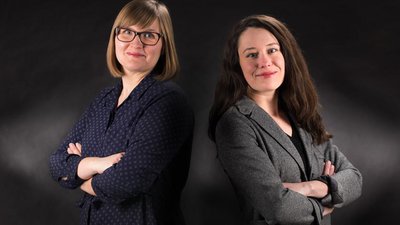 This past fall Kelsy and I put two questions on the state wide survey: one asked about protections for employment discrimination related to sexual orientation. In that question we use the term “gay men and lesbians.” And a second question that we put on (the survey) asked about support for employment non-discrimination laws for transgender individuals and what we found is that there is widespread support among Nebraska residents for legislation that protects gays lesbians and transgender individuals from job discrimination. So 3-out-of-4 of Nebraskans support such protections.

McDermott: Kelsy, how does where people live – be it rural or urban – how did that affect their opinions?

Kelsy Burke, Sociologist, University Nebraska-Lincoln: Where people live seems to matter a lot. Rurality was a significant predictor – more significant actually than religious affiliation or religiosity of lower levels of support for non-discrimination protection for both gays and lesbians and transgender individuals.

McDermott: Nearly 70% of respondents favored laws to protect transgender individuals from discrimination. Was this figure higher than what you both expected, based off previous research?

Kazyak: We were a little surprised by that number. I think there can often be an assumption that Americans are less supportive of trans-rights or perhaps less familiar with transgender people compared to gays and lesbians. But really what we found on the survey was that there's a high level of support for both transgender and gay and lesbian protections.

We can see this also in the legal landscape in our country. There are 24 states that currently have employment non-discrimination laws. Those laws include protections on the basis of both sexual orientation and gender identity.

McDermott: Kelsy did the difference between how people voted in 2016 – in the presidential election – did that affect how they felt on the issues surveyed here? 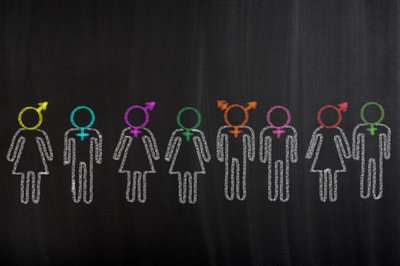 SCOTUS looks to take up three cases this fall which will look at how existing federal Civil Rights laws could also ban discriminating against individuals based on gender identity. (Courtesy photo)

Burke: We did compare who people voted for in 2016 with their responses to our questions and probably not surprisingly the vast majority of Nebraskan residents who voted for Hillary Clinton in the 2016 presidential election were supportive of nondiscrimination protection – that was very large number – 95% of Nebraska residents.

McDermott: What else stood out to the both of you when looking at the data this survey?

Burke: One of the things that we have observed, is that often the political rhetoric pits religious values as up against protection for LGBT people and that's just not what we found in terms of levels of support in our survey. Across all Christian groups – for both Protestants and Catholics – the majority of respondents are supportive of non-discrimination protection for both gays and lesbians and transgender individuals.

So, 69% of Protestants and 78% of Catholics support protection for gays and lesbians – slightly lower numbers are supportive of protection for transgender individuals. This is true for folks who are highly religious, go to church once a week, believe that their spirituality very much influences their daily life, and (for) people who are less so.

McDermott: How does that compare to national trends?

Burke: Well interestingly, some national data suggests that there is widespread support across the nation – even among conservative groups. One survey found that 55% of Republicans are supportive of non-discrimination protection for transgender individuals. That is very similar to the results we found in Nebraska.