Studying The "Genius of Warren Buffett"

An executive MBA course at the University of Nebraska at Omaha College of Business Administration is giving students an inside look at how one of the world’s foremost investors operates. They get to look at the same financial documents he looked at when he decided to buy companies.

There’s not much debate that Warren Buffett is one of the world’s foremost investors, a man who has spent more than 50 years building a $360 billion conglomerate. 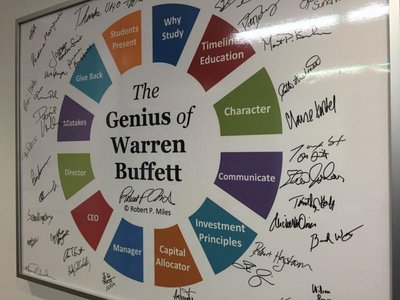 It’s a company that owns major brands like Geico, Duracell and See’s Candies.

So it makes sense that a business school in his hometown of Omaha would want to tap into that resource, to try to figure out what makes Buffett and his Berkshire Hathaway company so unique.

The result? It’s a class that’s all things Buffett.

It should come as no surprise the first thing you see inside the University of Nebraska at Omaha College of Business Administration is a large portrait of Warren Buffett.

He lives just down the street and taught at the school more than 50 years ago. It’s also the home of a Buffett 101 of sorts.

“Buffett says forget I bought it, you forget you sold it,” said Robert Miles, adjunct instructor of the graduate level course he started at UNO in 2011. “Run it as if it’s the only asset you and your family will have for the next 50 years.”

Miles has written several books about Buffett and spends about 40 hours researching each of the slides he uses in his presentation. 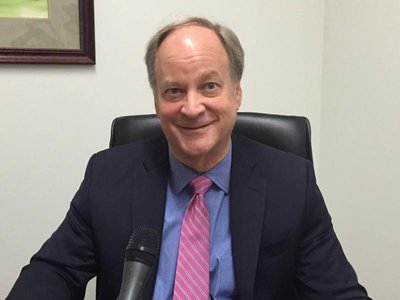 Robert Miles, author and adjunct instructor of “The Genius of Warren Buffett” course at the University of Nebraska at Omaha (Photo by Jack Williams, NET News)

The takeaway for his students? He says they become better evaluators of what a company is worth by using the same financial data and accounting reports Buffett used when he purchased a company.

The 36-hour course is taught on a couple of weekends in the fall and again in the spring, around the annual Berkshire Hathaway stockholder meeting in Omaha.

More than 200 executive MBA student and others have taken the course, some three or four times.

“I asked him when he was going to write the most definitive book on investing. He said “Bob, it’s already been written, that we as human beings, we want things to be more complicated than what they need to be,” Miles said. “He’s created the fourth or fifth largest conglomerate business in the United States without the aid of a calculator or a computer. He said you don’t need it. He’s done all this by not micromanaging his managers.” 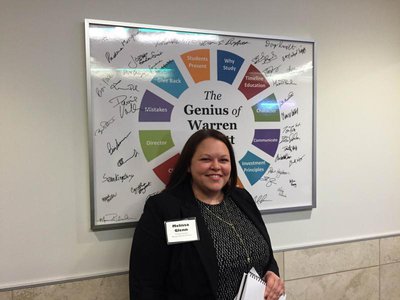 Melissa Glenn is a current executive MBA student at UNO and also works full-time with the Greater Omaha Chamber of Commerce. She took the Buffett class in 2015 and says she learned a lot about what goes into Berkshire Hathaway’s investment process.

“They look at their formula and that is their secret sauce,” Glenn said. “But they don’t forget about the things that really make a business tick. Sometimes it is all about the numbers, but you have to take it a step further and look at the people aspects as well.”

The Buffett class is open to both executive MBA students and lifelong learners at UNO, who take the course, but don’t earn credits.

“Buffett is known for his investments, but maybe what he isn’t as well known for is the things he goes through, the evaluations that he goes through when he selects companies to buy,” Swanson said. “So having people go through our program who are executives or soon-to-be executives understand that process can be very, very valuable to them.”

Swanson says the class can be transformative for some students.

Buffett in Class: NET News Statewide May 2006 Warren Buffett shares his wisdom with a business class at the University of Nebraska-Lincoln.

“One individual in particular told me that through the things he learned on the investment side, he was able to make investments and through the profits he made through those investments, pay for his executive MBA, which is a $45,000, $48,000 deal,” Swanson said.

An important part of the Buffett class is a study of his mistakes, and there have been a few.

Most recently, the company has had to deal with the Wells Fargo Bank scandal. Berkshire Hathaway owns about ten percent of Wells Fargo and has taken a sizable financial hit over the past month.

Buffett actually came to the first class in 2011 and talked to students. He hasn’t been back since, but has been supportive of the course and Miles, who says he got a unique bit of investment advice from the Oracle of Omaha himself.

“Buy my stock on the worldwide news of my death,” Miles related. “Then he thinks Berkshire Hathaway will go down 20-25 percent. He says if it goes up, he’s going to be very upset.”