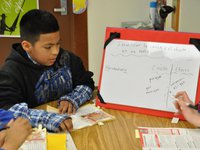 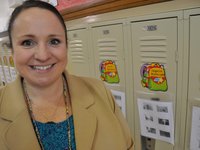 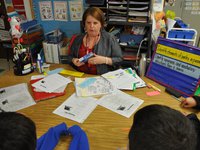 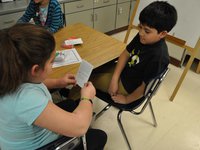 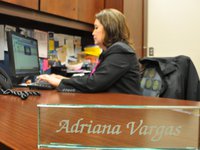 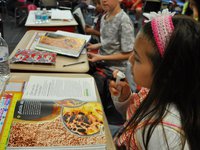 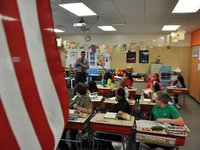 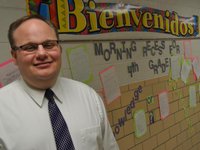 Students at two Nebraska school districts are doing something few students in the country get to do. They’re going to a dual language school. Half of the lessons are in English, the other half Spanish; and the students are out-performing their peers in many areas.

Castellar Elementary in Omaha is a unique school. One of 10 Dual Language schools in the district, students enrolled in the dual-language program are taught in both English and Spanish. 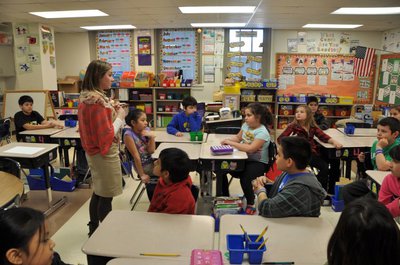 Castellar's dual language program operates on a 50/50 model. In addition to being taught half in English and half in Spanish, half of the students are Caucasian and half are Hispanic.

Omaha Public Schools implemented dual language classes 14 years ago, after district officials realized a particular demographic of students were failing to meet state academic standards. Not all students, but specifically English Language Learners—or ELL’s. That’s a designation given to students in the English as a Second Language program. Research has shown the longer such children struggle with learning English, the further they fall behind.

That could have been the case with Emiliano Flores. Born in Mexico, he’s now a fourth grader at Castellar and lives in a single-parent household. His mother doesn’t speak much English, and his teachers say when he started school, he had some catching up to do.

However, thanks to the dual language program, where he is taught in his native tongue as well as English, Flores is all caught up. 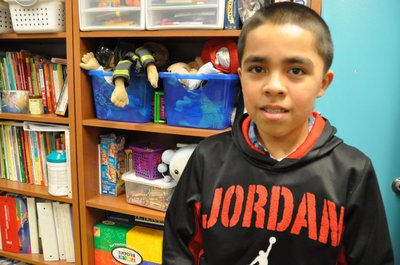 Emiliano Flores is a fourth grade student at Castellar Elementary, and is enrolled in the dual language program. Flores' family is from Queretaro, Mexico, where he was born. Flores has been enrolled at Castellar since pre-K, and although he isn't a native English speaker, his grasp of the language has improved to the point where he is now longer at a disadvantage, and can now take tests in English.

“When we do the state writing test, I have to take it in English, because I tested out of the ESL things. They think that my English is as strong as my Spanish, so I don’t need to do [the test] in Spanish, I can just do it in English,” Flores said.

It’s not just students learning English who are succeeding in dual language, either.

In a report titled “The Astounding Effectiveness of Dual Language Education for All,” a pair of George Mason University researchers studied 23 large and small school districts from around the country over an 18 year period.

They concluded dual language programs provide a model for nationwide school reform, saying students in such programs consistently outperform their peers across the board.

Katy Cattlett, the Dual Language and World Language supervisor for OPS, is well aware of the research.

“There’s newer research and newer theories coming out that say [dual language instruction] just changes the way [students] think. Their brains are used in a different way that makes it more powerful and more efficient and makes them better problem solvers, so that would then impact things like a math score,” Cattlett explained.

Cattlett said based on a recent evaluation of the OPS dual language program, students in the program are outperforming their district peers 77 percent of the time. 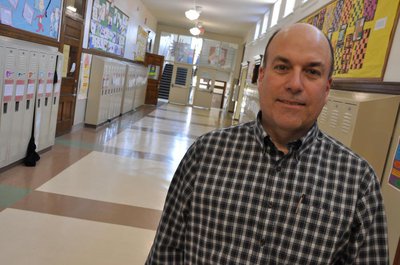 Steve Wilhelm has three children enrolled in Castellar's dual language program. He admitted at first he was skeptical of the program. Wilhelm said he feared his kids might fall behind if they weren't taught exclusively in English. However, he is now an advocate of the program. He said he brags about it and his kids every chance he gets.

“My wife had heard about the program and was very interested in it, and when she told me about it, I was not particularly interested in it. I thought what is this program, and why do I want my children involved in it?” Wilhelm said.

But it didn’t take long before he saw the benefits of his kids learning in two languages. He said they’re able to grasp complex concepts with relative ease. He’s now an advocate for expanding the program into other schools.

“And it’s funny, I get reactions from people and they go, ‘Why are you doing that?’ In their faces, I see what my face probably looked like when my wife first explained the program to me,” Wilhelm said.

Since instruction is split between languages, finding the right teachers to operate in the system can be a challenge. To combat this, OPS formed partnerships in several Spanish-speaking countries.

Maria Perez-Mozaz came to Omaha from Spain to improve her English. She was supposed to be here for two years. That was eight years ago.

Perez-Mozaz is now the dual language resource teacher at Castellar. She said having teachers from around the world means students are also learning about different cultures and dialects.

“I’m not a slow speaker. I’m from Spain and we speak pretty fast, but the kids would struggle maybe the first month, but then they would pick up everything,” Perez-Mozaz said. “The things that I’ve seen them able to write in third grade—I just wish I had that opportunity to be bilingual and be taught in two languages.”

Unlike Castellar, which has both dual language and traditional students, every child at Bryan Elementary School in Lexington gets his or her instruction in both English and Spanish.

There are 355 students at Bryan, and principal Drew Welch said the middle school has another 120 dual language students. 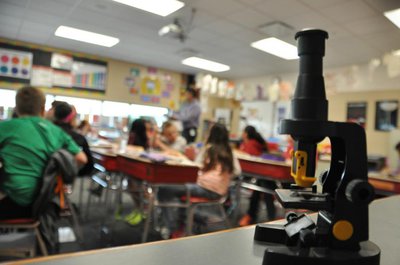 According to Welch, Lexington Public Schools is trying to expand the program into the high school as well, and may partner with the University of Nebraska-Kearney to offer college credit to students taking dual language courses.

“It [would give] the kids an opportunity when they’re finished, to have enough credits to have a minor in Spanish. And it positions them well if they go into a Spanish-related field or double major—Spanish and another major—just positions them really well to be ready for that when they go to college,” Welch said.

Even if they don’t major in Spanish, there is still plenty to gain from a dual language education.

According to Katy Cattlett, 565 students graduated from Omaha South High School last year, and they got $9 million in merit scholarships. The 60 dual language students accounted for almost half of those scholarships.