As the Huskers get ready to host Akron Saturday in the 2018 season opener, some of their preparation has come in an unlikely place, a sports psychologist’s office inside Memorial Stadium. Major college programs like Nebraska are turning more and more to sports psychology to optimize performance on the field, but also improve mental health off of it. It’s been a long road that started almost three decades ago.

Jack Stark lives on Heavenly Drive in West Omaha, about 60 miles from the place where he made his name, Memorial Stadium. Stark was the sports psychologist for the Huskers from 1989, when he was hired by Coach Tom Osborne, until Frank Solich was fired in 2003. The walls of his home office are covered with pictures from those years.

“In the old days, we weren’t able to put things on the wall except for a diploma,” Stark said. “So when I got to my home office here, I decided I’m putting up all my memories of all the teams I’ve been with.”

When Stark started almost 30 years ago he was making $10 an hour, and wasn’t really sure what his job would be. But he knew Osborne, who has a Ph.D in Educational Psychology, would understand what he needed. 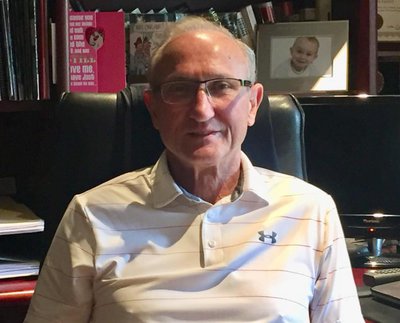 “I didn’t really have a job description to start out with, which was perfect,” Stark said. “What was even better is that when I would ask Coach to do something, he would look at me and he would have this look, but he understood what I wanted to do.”

Before Stark was hired, team psychologists were virtually unheard of. Programs didn’t think too much about mental skills training and helping players deal with the pressures of performing in a major college sports environment. And there was also the stigma of needing a sports psychologist.

“They didn’t want to be identified as being the head case and have to go down the street and see somebody,” he said. “But when I was embedded into the group and I was there to help them on the performance issues, the mental skills, then when they had the personal issues, there was no big deal to it because I was just working with everybody, so there was no stigma attached to it, so that made a huge difference.”

Stark, who now works as a sports psychologist for Creighton, was part of three national championship Husker football teams and formed the famed Unity Council that held players accountable to each other. He helped athletes deal with what can be a harsh transition from a star in high school to just another player in college. He says college athletes experience the same ups and downs in life as anyone else.

“What I see happening, if you have a good coaching staff, most of those issues are getting taken care of and they’re temporary,” Stark said. “My mom’s in the hospital, my parent’s got a divorce, I broke up with my girlfriend. Those kinds of issues.”

Dr. Brett Haskell is one of two full-time sports psychologists who work within the UNL athletics program. There’s also a sports psychiatrist available to athletes. Inside her office at Memorial Stadium, she talks about things like nervous system control, optimal functioning, better self-regulation and mindfulness. It’s something you probably wouldn’t have heard 30 years ago. 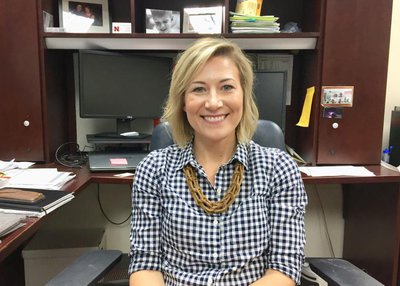 “We’re starting to see athletes as humans, and yes, they have exceptional abilities within the area of sport, but they still have a human brain and they still have human emotions and normal experiences just like the rest of us,” Haskell said.

Haskell and her colleagues are available to more than 600 UNL athletes, both men and women. She works closely with the women’s volleyball team, a squad that relies heavily on the mental side of the game.

She says not all college sports programs and coaches have bought-in to the importance of sports psychology, but UNL has and is one of the leaders in providing student athletes with both mental skills training and mental health care. She says it’s a process.

“The more that we can appeal to coaches with the data and the hard science information and then the experiences that other high-performing coaches or athletes have had by utilizing mental skills training, the more I think they start to buy-in and understand and be open to it,” she said.

The University of Nebraska is set to hire a third sports psychologist in October, a good sign to Haskell, who says there’s still a lot of work to do.

“We’re a baby field. I think it would be generous to say that we’re in toddlerhood probably,” she said. “So 20 years ago, we were infants of a few days old. But there’s been a lot of pioneers who have done really amazing kind of science and research and applied work to try to push forward the field.”

As Haskell gets back into the details of sports optimization and how different parts of the nervous system affect how athletes perform, it’s clear she’s in her element as she continues to clear a path for the future of a field that’s still finding its way.