At the end of 2018, the Nebraska Department of Education released the Nebraska Education Profile, which uses a vast array of data, from free and reduced lunch to graduation rates, to paint a picture of Nebraska schools.

Sharon Zoucha is a guidance counselor at Sutton Secondary School in south-central Nebraska. The high school there is one of the 12 percent of Nebraska schools rated “excellent” by the state Department of Education. Part of that rating comes from test scores, which for high schoolers means the ACT.

“We are very pleased with the way our students are doing as far as taking the ACT right now,” Zoucha said. 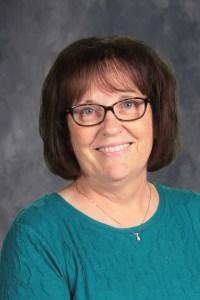 Sutton is a small school: 194 students and 17 teachers for the middle and high school. It’s 82 percent white, 15 percent Hispanic, the rest split between black, Asian, and mixed-race students. About 30 percent of students here receive free and reduced lunch, which is lower than the state rate of about 46 percent.

These numbers are how the Department of Education describes Sutton Secondary. But does that paint the whole picture?

Dana Wiseman is superintendent of Sutton Public Schools. She says while she’s proud of the school’s ACT scores there are still areas to target for improvement.

“We celebrate for a little bit, but we know that there's still work to be done. We are looking at our reading and writing scores in particular. We want to continue to improve in those areas, and so we just keep plugging away, keep working at getting better in each area,” Wiseman said.

Wiseman also says in a small school, there can be a lot of variation year to year in how test scores look.

“If you have one kid in these small classes, these small schools, if you have one student who is a struggling learner, or a class that has maybe a higher special education population, or whatever it might be, it can really drop your percentage quick,” Wiseman said. 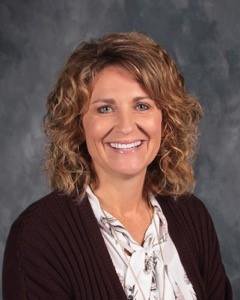 That said, for the 2017-18 school year, Sutton’s percentages were high. Over 80 percent of their juniors met ACT benchmarks in English Language Arts, math, and science. State percentages are all around 50 percent.

Zoucha says that success comes partly from the teachers.

The school also made some changes to requirements to help students be more ready for the ACT. They already required three years of math and three of science, but where those classes fall in high school can matter too.

Zoucha shares Wiseman’s view that different groups of students will score differently, even with the same curriculum and teachers. She says this year’s seniors, whose ACT scores were good, are above average.

“Academically, probably above. Very competitive. And competition has led, I think, for some of them to do very well, to study harder for the ACT. I believe that this is a class that is very self-driven. And that does make a difference,” Zoucha said.

As a guidance counselor, Zoucha works with students to figure out what comes next after high school. She says she’s excited for students with high scores and tells them about opportunities, but she also talks with students whose scores aren’t what they hoped.

“When the kids take the ACT, some feel as though because they had such a low ACT, they aren’t even eligible to even get into a college. And our job, not only just me but even as teachers, we let kids know that not everything is contingent on your ACT,” Zoucha said. 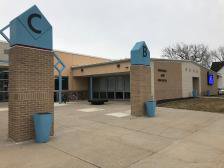 Towards that end, Sutton offers opportunities outside of the traditional classroom. Some students take internships with local medical facilities or companies. Others take career tech classes in things like woodworking.

“We try to let kids know that having a college education is important, but if you can get a job right out of high school, with on-the-job training, that’s okay too. We just want our kids to be successful here,” Zoucha said.

This year, the state thinks Sutton has been successful. They’ll enjoy the status of “excellent” at least until next year’s data comes out.

When Matthew Blomstedt, Nebraska’s commissioner of education, announced the new education profile data at the end of 2018, he dismissed concerns over state averages on the ACT, saying change in high school scores will come from changes at the elementary level.

In the lower grade levels, the state has been phasing in new tests over the last couple of years. Wiseman says she’ll gauge her school’s performance based on how those scores change over time.

“I think the thing that we're gonna want to be most cognizant of as we go here on out is looking at the trend data, getting three years of data following a class through with each year, if the testing system can stay the same for longer than five years, that would be great, so we could at least kind of see how we are improving in each area,” Wiseman said.

Sutton’s not alone in focusing on long-haul improvement. This year’s data is seen as a starting point, especially for schools that don’t share the “excellent” rating.

Editor's Note: This article has been updated to note that Ms. Zoucha's first name is Sharon. An earlier version misidentified her. It also corrects the spelling of Matthew Blomstedt's name.