The Husker football season begins Saturday with a home game against Fresno State. Expectations are high for the team and head coach Mike Riley. The second-year coach sat down with Kevin Kugler of NET Sports to talk about the season in an interview for NET's "Big Red Wrap-Up," which premieres Tuesday, Aug. 30 on NET Television. This is a portion of their discussion.

Kevin Kugler, NET Sports: I’m curious from the teaching standpoint, with this team this year, not to diminish the fact that you still have to teach every day. At the core that’s what you guys do. But is it a different amount or a different level of teaching this year, with the familiarity that most of the kids have coming in to the season? 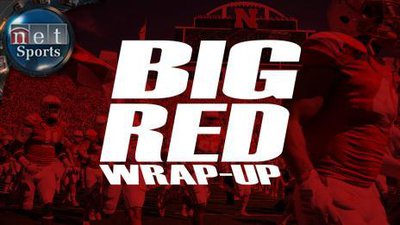 Watch the full interview with Coach Mike Riley during the first show of the 2016 season of NET Television's "Big Red Wrap-Up." It premieres Tuesday, Aug. 30 at 7 p.m. CT on NET and NET World.

Mike Riley, Nebraska Head Football Coach: It's different in a couple ways. One of them is that terminology, formations, some of the base plays are not brand new. You could put the ball down, call a play and they could run that play. It may not look a lot like football yet, but they could get it going. And then the other, probably more important thing Kevin, is you know the players better. So what you try to do with them and so what you're going to try to emphasize, what you think might be kind of a core identity of your team because of the ability of this player, this is what we're going to do. I think that's the most helpful thing.

Kugler: What did you learn about your quarterback last year that helps you help him succeed this year?

Riley: Well I think for sure I learned he's a great competitor. I love that about Tommy (Armstrong). I mean in the end he wants to be good and he works hard. He's well respected for his work. And then the football end of it, his versatility. We saw it, obviously. But as the season went on, the things that he can do and the pressure he can put on defense, it's actually different than any quarterback that I've coached in a long time, and it's kind of fun. So we get out of the box a little bit. We discovered maybe more things that we could do because of him in the offseason. Did a little bit of that in spring practice. And then it kind of forms a little bit different formula for what you see might be the best formula for winning a game with this quarterback and this team.

Kugler: I've heard you say this probably 50 times since you got here, that you'd like to be 50-50 run-pass balance. You'd like to see that balance develop in your offense. You keep saying it I think partly because I'm not sure people are understanding or believing it. Can you convince people that that's really what you want to do?

Riley (who was head coach at Oregon State before coming to Nebraska in 2015): Yeah, you know, I don't know what it is that everybody thinks that maybe our history with the receivers that we've had. We had receivers break all the records, quarterbacks break all the records. I'm begging them to listen to me. We had four runners almost in a row that averaged 4,000 yards each in a career. That's a lot of yardage. That's 16,000 yards with four guys. So we like to run the ball. As a matter of fact, when we are at our best and our best teams in my past have been those teams that have been really good running teams. I don't know if we can run for 400 yards a game like we did against UCLA (Nebraska rushed for 326 yards in last season’s Foster Farms Bowl win over UCLA). I would like to do that. And the formula for this team, that would be perfect as we approach it. We want to be that team that is a good running team and puts a physical presence in that game against the opponent.

Kugler: There is nothing in the coaching manual that prepares a coach for how to handle something like you guys had with Sam Foltz (who was killed in a late July car accident) right at the start of football camp. When you heard that news and you think about the impact that that has on this season, what do you do as a head coach in that scenario? How did you handle that? Who did you rely on for guidance or for advice, if you relied on any, to handle a situation like that?

Riley: First of all, you're right. There's no page 33 to look up and see what precedent to this, and it was just this sad, sad event. (Nebraska placekicker) Drew Brown is the one that actually told me. Drew was with him up in Wisconsin. And then from there I will say that the thing that we could all rely on were our own people. I think the team got strength from each other. When I heard, I was down in Texas and immediately came back, and we had a team meeting at 7:30 that Sunday night. I think the kids got together afterwards, stayed with each other. And then what we have here, what I'm learning more and more about Nebraska, is this truly is family here, and the support in the state, in the city. Right here, right into our department led by Shawn (Nebraska Athletic Director Shawn Eichorst) and his group. I mean there are team psychologists that were right on board having helpful thoughts, taking care of people, keeping an eye on people. It was done as a big, big group that all just have a big heart.