Nebraska Secretary of State John Gale is retiring next month after 18 years on the job. As Gale leaves his Capitol office, a link to the Old West will be leaving with him.

There’s a scene in the movie “Butch Cassidy and the Sundance Kid” where the Hole in the Wall gang has just robbed a train when another train pulls up, and men on horses jump out.

The scene leads Butch, played by Paul Newman, to wonder aloud “Who are these guys?”

Secretary of State John A. Gale says there’s plenty of Hollywood in that scene. But last century, pursuing crimes like that was the real-life job of his grandfather, John C. Gale, as special agent for the Union Pacific Railroad from the 1910s into the 1940s.

John C. Gale’s path to that job began one day when his father, George Gale, headed to town in Colorado to trade some horses. “In about 1892-93 he took a string of horses along a creek bed to try to take them to market and obviously went armed and ready to defend himself and his cattle if there were any predators along the way, and he didn’t return,” Gale says. The only trace ever found was some clothes along the creek, he says, adding that George Gale was assumed to be buried out there. 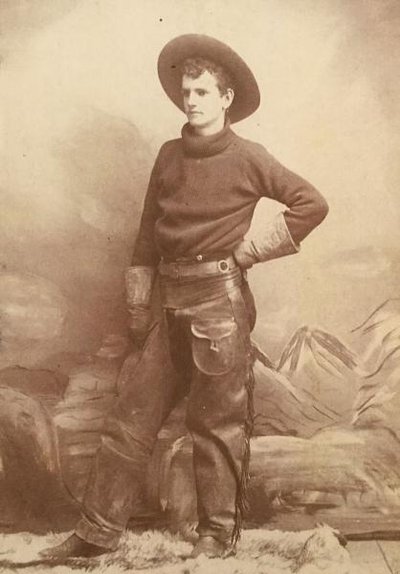 That left John C. Gale, then 14, to fend for himself and his family at an early age. He wound up learning to shoe horses, traveling around the West. “He learned how to ride horses, learned how to shoot guns, learned how to herd cattle, learned how to defend himself, became very physically strong,” before finally deciding to trade his wandering existence for a job with the Rock Springs, Wyoming police, his grandson recounts.

Within a few years, Gale went to work with the Union Pacific, where he was recruited to become part of the Special Services – a private security force for the railroad. “Because it ran through so much really open territory, unsettled territory, there was a lot of gangs, groups that attempted to rob trains, and rob the passengers. It was really unsafe country in many ways. Law and order hadn’t really come to the great West,” Gale says.

Like “those guys” in the movie, Special Services agents were tenacious. “They were absolute(ly) bound and determined in every way to assemble posses, and to have Indian trackers, and to track and pursue and track and pursue. They never gave up. They had that dogged persistence that they were going to capture the train robbers, Gale said.

One of the more memorable cases involved a man named Bill Carlisle. After he robbed a train around 1916, Secretary Gale says his grandfather sprang into action. “Grandpa Gale assembled a posse, directed and guided the search for Bill Carlisle, eventually cornering him in the mountains of Wyoming, and led to a shootout. Carlisle was wounded and apprehended, and spent a long time in prison for his conviction,” Gale says.

Gale later got a souvenir from the incident…some paper currency that had a hole through it, “because one of the shots that wounded Carlisle had gone through a wad of money that he’d put in his chest pocket.”

Another memorable case involved a different train robber known as “Big Nose George” Parrott. “History has compared Big Nose George to Butch Cassidy, but didn’t compare Big George very favorably,” Gale says. “Butch Cassidy apparently was a man who was very interested in stealing money, but he was a bit of a gentleman -- didn’t intend to take anyone’s life unless his life was in danger. Of course he was a train robber… but he didn’t take life unnecessarily,” Gale says.

“Big Nose George did. Big Nose George was a cold-hearted killer, robbing stage coaches and trains and quite a desperado an extremely dangerous person.”

Once again, Grandpa Gale led a posse that captured the thief and turned him over to the local sheriff. But his case never made it to trial. “There were so many people that knew his notorious reputation as a murderer and a killer, that a group of citizens broke into the jail and hauled Big Nose George out of the jail and hung him from a local lamppost,” Gale says. “And so that was the end of the career of Big Nose George.”

The incident produced another souvenir…a piece of the rope use to hang Big Nose George. “I thought on that occasion a piece of the hanging rope was sent to John Gale as chief special agent, kind of as acknowledgement that Big Nose had been captured and disposed of. Not properly. Not according to law. But disposed of by local citizens,” Gale says. 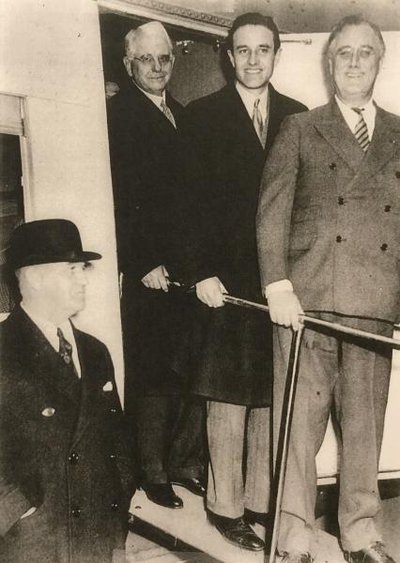 Another part of the special agent’s job was to help protect presidents when they traveled by train. Gale points to a photograph of his grandfather with Franklin Delano Roosevelt. “(We) have pictures of him standing near President Roosevelt just like Secret Service, his eyes out, watching the crowd, watching people, his hands in his pocket. I’m sure there was a weapon in that big coat that he wore,” Gale says.

John C. Gale retired from the Union Pacific in 1946, but lived on until 1962. His grandson, now 78, still looks up to him like he did as a child. “He kind of had this mystique about him, and this history of law enforcement, and having been a man who knew how to ride horses, shoot guns, apprehend criminals -- he was kind of a Batman, Superman kind of a character in my mind, Gale says.

That’s a memory, and a link to the old West, Nebraska Secretary of State John Gale will take with him, as prepares to ride off into the sunset.