Requiring a search warrant be obtained most times a drunk driver gets a blood test set off a flurry of appeal cases in the Nebraska Supreme Court.

The change in how blood evidence is obtained in these cases also forced some counties in the state to alter some procedures and even, in at least one case, may require the purchase of expensive new equipment. 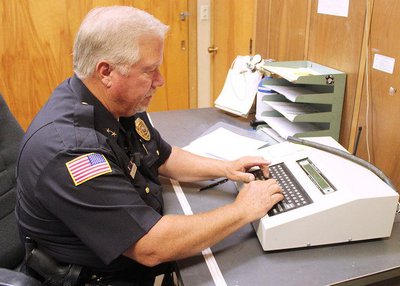 The U.S. Supreme Court opinion handed down in Birchfield v. North Dakota didn’t make a big splash when issued this summer, but it triggered the justices of the Nebraska Supreme Court to agree to review at least five driving-under-the-influence cases. Each involve different aspects of changes in how police may approach the use of chemical tests of breath, blood and urine.

Part of what makes the case of special importance in Nebraska is a no-nonsense part of state law that makes it a crime to refuse a breathalyzer or blood test. Only 11 other states have such a strict law. They are supported as effective tools in providing extra clout in court against drivers who are impaired by alcohol or drugs.

At its heart, the set of three cases reviewed by the justices question whether analyzing a person’s breath and/or blood becomes a legal search under the U.S. Constitution’s 4th Amendment. Over all, the court stood by case law that determined testing someone’s breath was constitutional search.

However the court's majority broke new ground by ruling police collection of blood samples in DUI cases amounted to an unconstitutional search.

Analysis from Scotus Blog reporter Amy Howe published at the time of the ruling said the court found blood tests were “’significantly more intrusive’ than breath tests” Since the procedure requires a “technician taking the sample to pierce the driver’s skin, extracting a sample that provides law enforcement officials with more information than a breath test, and which they can retain.”

For Nebraska defense attorneys specializing in drunk driving cases, the ruling was a partial victory. Most never expected the court to reverse the law on breath tests, but stricter limits on blood tests were seen as a positive.

“What we’re saying here is we aren’t going to be able to invade your body without a warrant,” said Bell Island with Island and Huff in Gering. “It’s a good thing.”

Island doesn’t “think we will have a huge impact” on DUI cases in the future; however previous arrests set for trial or convictions under appeal could expect challenges.

Island’s view “any of those cases where they asked for blood, and probably urine, they are not going to be able to criminalize that refusal not to consent to the search” in light of the federal court’s ruling.

The two cases appearing before the Nebraska Supreme Court in September involved the legality of “searching” the breath of an accused drunk driver. The Nebraska attorney general is challenging each of the cases. That office declined to answer questions on the issue, citing its standard policy of not commenting on any pending litigation.

One of those challenges (State v. Cornwell) was handed a defeat in a matter of days.

Even if the state court judges are not inclined to reverse any of the breath test cases, the second case heard in September hinges on a variety of other legal challenges unrelated to any chemical testing.

Three more cases involving convicted drunk drivers refusing a police-administered chemical test are scheduled to be heard by the court in October.

Some local law enforcement agencies are also facing new challenges in light of the Birchfield ruling. In recent years the Seward County Sheriff’s Department relied almost exclusively on blood tests to determine intoxication. Blood samples were taken and analyzed at the hospital in Seward.

Requiring search warrants for the tests brought the practice to an abrupt halt.

The only certified device for a breath test acceptable in court is in the town of Milford.

Sheriff Joe Yocum said he could implement a system for electronically submitting requests for a search warrant to the county judge in Seward, but finds the process unwieldy on a regular basis when the option for a breathalyzer is there.

He will likely request $7000 to $8000 in next year’s budget to pay for new equipment to supplement the breathalyzer in Milford.

If a Pandemic Hits, Nebraska's Courts Plan to Protect Legal System
Keystone XL Pipeline Back in Court. Here Are the Questions You Should Be Asking
Survey: Nebraskans Skeptical About Religious Freedom Laws