Remembering D-Day on Its 75th Anniversary

75 years ago Thursday, June 6, nearly 130,000 American, British and Canadian forces landed on the beaches of Normandy. D-Day is one of the most well-known victories for the Allies in World War Two.

Thousands died on five beaches and behind enemy lines in northern France. In the eyes of some, D-Day is still quite the victory.

“Without D-Day, I don’t know how this war would have ended," Thomas Berg, University of Nebraska-Lincoln history professor, said.

Berg said without D-Day, the war could have dragged on and the outcome could have been far different.

“The way that it ended, there is no way to overestimate the importance of the D-Day landings and what ensued,” Berg said. 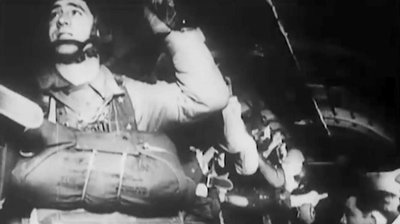 Watch this Nebraska Stories feature that looks back at the war correspondents recruited by Nebraskan and US Army press officer Barney Oldfield, including Omaha’s Bob Reuben, a Reuters news correspondent.

But for Tim Borstelmann, another history professor at UNL, Americans may overestimate the value of their contribution to World War II, as the Soviets gave more and took more damage. However, Borstelmann said D-Day’s impacts were still felt widely.

“Though American losses in World War Two were much smaller than those of the other major combatants, that number is still enormous," Borstelmann said. "And of course, it ripples out into the lives of everybody who knew those people who lost their lives.”

For Berg, it’s about remembering all of those involved, including 24,000 troops who parachuted behind enemy lines the night before and the Columbus, Nebraska native, Andrew Higgins, who invented the landing crafts the soldiers sailed to battle in.

“We commemorate D-Day, as well we should, for the tremendous sacrifice of putting your life on the line on the beaches, but we always need to remember the hundreds of thousands of other people that made those landings possible,” Berg said.