As Democrats scored significant victories across the country on Election Day, Nebraska reaffirmed its status as a reliably conservative state with major Republican victories. 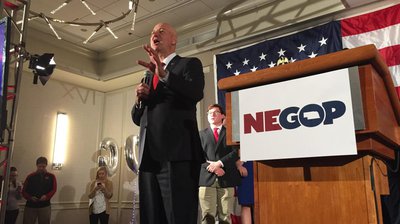 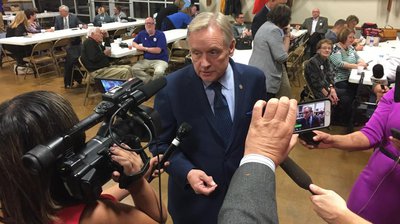 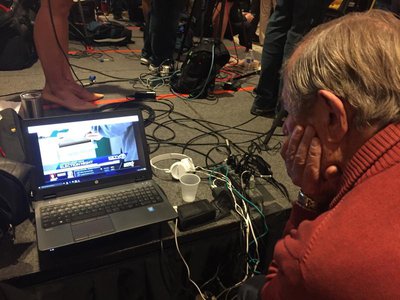 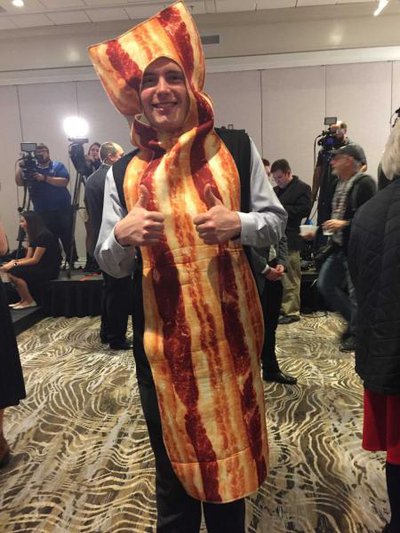 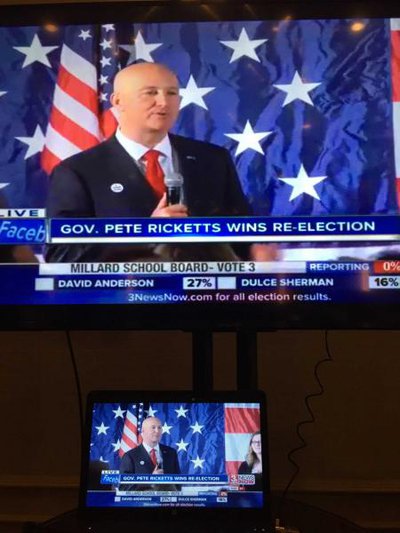 The contrast in energy between the political factions became evident as supporters gathered to hear candidates and the day’s results.

Election night parties for Omaha Democrats once were boisterous, jocular affairs. That’s when moderates in the party could still win a statewide election. That has not happened in a decade.

Tuesday’s gathering in Omaha barely filled half of the Firefighters Union Hall as the first results rolled in, and it didn’t look promising from the start. All the significant races showed the reigning Republicans with substantial leads. When Democratic candidate for governor Bob Krist arrived in the hall, he wanted to talk to supporters about his campaign.

“We have been all over the state, crisscrossing the state, meeting lots of people and learning more about sugar beets than we ever knew before,” Krist joked about the profitable panhandle crop. “We learned more from people because we listened and we understood what they told us.”

The hall didn’t get much livelier after Krist, and his running mate Lynne Walz left the stage.

The contrast across town in Omaha’s exclusive Regency neighborhood could not have been more stark. At the Marriott Hotel, the ballroom was packed with Republicans and the bartenders stayed busy.

The party peaked as freshman U.S. Senator Ben Sasse did the honors of introducing Governor Pete Ricketts as “your past, present, and future governor” to a roar of supportive Republicans.

After thanking the full house, Ricketts did not stray from the themes he hammered home in advertising and almost weekly news conferences hosted around Nebraska: The state’s economy was doing just fine.

Ricketts said he was “grateful to the people of Nebraska who have given us the opportunity to work on the great foundation that we have already built; all those things we have done to help create those opportunities for Nebraska families.”

He added with enthusiasm “folks don’t go away, because we have for more years of work to do!”

Nebraskans voted for Republicans, the familiar and the newcomers, to principal offices across state government.

The delegation being sent to Washington again wears Republican red.

At Fischer’s Lincoln victory party she told the crowd the blueprint for her campaign mirrored the first.

“We followed the same message this time, and that’s to talk to Nebraskans about the issues. They want us to listen and to be heard. That’s what campaigns should be about.”

The one federal office race Democrats felt they could take back fizzled out before the night was through.

Back in the May primary, liberal progressive Kara Eastman scored a surprise primary win over an old-school moderate in the Omaha and suburban Sarpy County-based 2nd Congressional District.

The race was one of those eyed by national trend watchers as a possible addition to the so-called “blue wave” sweeping Democrats back into control of the House of Representatives. NBC News labeled Eastman as the “new darling of the left.”

She said since Bacon is not “a bombastic person” he was able to be in contrast to the political dramatics of the Trump administration.

“Just because of his very nature, and he wants to do a good job for a district. I feel like that resonated with the voters,” Truemper said.

In another stinging defeat for Democrats, Lincoln Mayor Chris Beutler will be unable to run for re-election again. The city approved a term limits proposal advanced by Republicans hoping to stop Beutler from running for a fourth term. If Nebraska Democrats ever hope to find statewide success again, there will be much to review after the losses in this midterm of missed opportunities.

Raybould, in her Lincoln concession speech, told her supporters, grieving the Democrat’s loss, “This is no time to be sad and no time to be cynical” because “there is too much work left to be done.”

“Work we have done together on this campaign has brought us closer to that time" when Democrats can return to higher elected office in Nebraska, Raybould said.

The struggling party faces issues like candidate recruitment and maintaining support of the new-to-politics voters registered in this election.

There is also the matter of reconciling whether the party’s core values can balance liberal ideals with those urging moderation.

Krist, who switched parties to become the Democratic Party’s candidate for governor, looked ahead.

“I think in Nebraska the Democratic Party at some time in the last few years had lost its sparkle,” Krist told reporters, “but we’re going to put the glitter back on it and we’re going to go for it.”

There are two years before the next votes are cast in a presidential election year that could be every bit as volatile.

Editor's Note: A correction to this story was made regarding the description of the geographical area covered by Nebraska's 2nd Congressional District.