Proposal would divert Platte River water to the Republican River

Farmers in southern Nebraska’s Republican River valley need water to irrigate their crops. But they also have to leave enough in the river to meet Nebraska’s legal obligation to deliver water to Kansas. Now, there’s a new proposal to help do that – by diverting water from another river with heavy demands on it: the Platte.

From the south-central Nebraska city of Holdrege, Highway 23 runs west northwest, with little apparent difference between the views to the south and those to the north. But pull off the road just past Smithfield, and you’re told about an important distinction.

”Right here you’re literally on the Platte-Republican divide. You can see on the north side the canyons flow north toward the Platte River. And here you see this depression is actually the headwaters -- there’s an underdrain underneath the railroad track -- that head toward the Republican River,” Dave Ford of the Central Nebraska Public Power and Irrigation District said.

The district operates a network of canals that deliver Platte River water to irrigate more than 100,000 acres of farmland. One of those canals runs right next to the divide between the two river basins. Central, along with the Tri-Basin and Lower Republican Natural Resources Districts, wants to run a pipe south from that canal to nearby Turkey Creek, which then runs about 25 miles down to the Republican River. 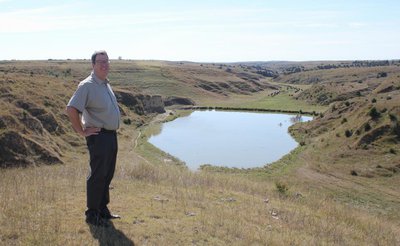 John Thorburn stands above the canyon where Platte River water would be diverted to the Republican River. (Photo by Fred Knapp, NET News)

“What we’re hoping to do is take advantage of times when flows in the Platte River are high -- high enough to satisfy all existing water rights and to satisfy requirements of endangered species-- take some of that excess water, which potentially is floodwater and certainly provides no necessary benefit in the Platte basin -- and divert some of that through the canal system of Central Public Power and Irrigation District to a point where it could be diverted into a tributary of the Republican River,” Thorburn said.

That could help Republican River farmers avoid more restrictions on their ability to irrigate crops. Two years ago, a U.S. Supreme Court decision forced Nebraska to pay Kansas $5.5 million for using too much water a decade earlier. The overuse was calculated at about 35,000 acre feet a year -- an “acre-foot” being the amount of water it takes to cover an acre of land with a foot of water. A consultant estimates the proposed project could divert anywhere between 2,000 and 20,000 acre feet from the Platte to the Republican in years when there’s enough water, which might be twice a decade. (To see the consultant's feasibility study on the project, click here). 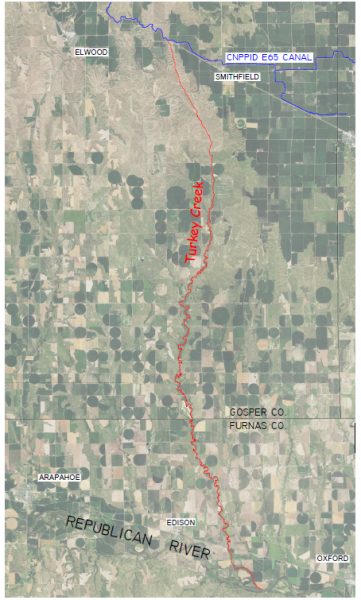 Not everyone thinks that’s a good idea. Bill Taddicken is with Audubon Nebraska, which has been working since the 1970s to ensure there’s enough water in the Platte to protect endangered bird species, including the whooping crane, piping plover, and least tern.

“For the good of the river, for wildlife, for people, for everybody it’s important that that water stays in this basin and not goes out of the basin,” Taddicken said. 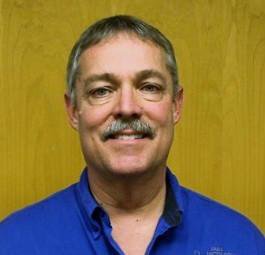 Thorburn says the project would take water only after everybody in the Platte basin, including wildlife advocates, get what they are legally entitled to.

“Those are the only times when we would be taking water is when all the irrigation rights are met, all the target flow needs are met. This is water that is truly excess to the system in our opinion,” Thorburn said.

“Target flows” are the daily goals of water in the river to protect fish and wildlife on the Platte, part of an agreement between Nebraska, Wyoming, Colorado and the federal government. Taddicken says in an average year, actual flows fall far short of the target– by about 413,000 acre feet – even though they do exceed the target on some days.

“Just because on say, a particular day, there is what they consider excess water in the river it doesn’t mean that it’s not doing good for wildlife, it doesn’t mean that it’s not soaking into ground for use later on. We have big cities like Lincoln, Nebraska that are reliant on wellfields that are associated with the Platte River. Any water that gets transferred out of the basin is just water that can’t go to them,” Taddicken said.

Taddiken says flows above the targets are useful for clearing excess vegetation and restoring habitat. He says the proposed project would be a move in the wrong direction.

“About 90 percent of the original habitat that these birds use along the river is gone already. Seventy percent of the water is already gone before it gets to us. And they want to take more water out. So it’s a reduction in habitat even more. So we’re going backwards instead of forwards,” he said.

But Thorburn doesn’t buy the argument that high flows are needed to preserve habitat.

“It’s just not an efficient use of water. It’s potentially harmful for those who live near the river because the amounts of water required are virtually at flood levels. And unfortunately the system is not in the native state that it was 150 years ago. And so, we have to accommodate the people that have settled here,” Thorburn said.

All these issues are likely to be hashed out after Central, Tri-Basin and the Lower Republican ask the Department of Natural Resources for permission to build the project, later this year. But even if they get approval, that may not be the final word. When a big proposal to transfer water from the Platte was made in the late 1970s, the Nebraska Supreme Court ruled on different aspects of the project three times over the next decade before it was finally rejected.