Climatologists predict in the next 25 to 50 years, typical Nebraska summer temperatures will be similar to the record-setting hot and dry year of 2012. The Nebraska Legislature is considering a bill to help the state prepare for climate change impacts.

Many struggled in 2012: farmers, ranchers, cities, and power companies, not to mention Nebraska’s ecosystems and wildlife. In 2013, the Legislature passed a bill to study the impacts of climate change in Nebraska. But when that effort got entangled in debate over considering the role of humans, the University of Nebraska-Lincoln went ahead with their own study. UNL published a comprehensive report on climate change impacts to Nebraska in 2014. Climate scientist and professor emeritus Don Wilhite was one of the lead authors. He said Nebraska is already warmer than it was a century ago.

“What we've seen so far is maybe the tip of the iceberg as we move to the future,” Wilhite said. “The projections are that average annual temperature in Nebraska are going to increase if we continue down the same path with regards to increasing concentrations of greenhouse gases, particularly carbon dioxide.”

According to the UNL report, average annual temperatures are expected to increase by 8 or 9 degrees by the final quarter of the century. That will mean more days over 100 degrees and warmer nights—which stress plants, animals and humans, Wilhite said.

“Nebraska represents a very fragile ecosystem, so even slight changes in the climate of the state are going to have tremendous impacts,” Wilhite said.

Warmer days and nights will mean a longer growing season, but less soil moisture, which, combined with hotter days, means more demand for surface irrigation and groundwater. And the source for much of Nebraska’s water—snowpack in the Rocky Mountains—is also expected to decline. Rainfall will get more erratic and heavy, leading to more flooding.

Wilhite pointed to the work of the National Drought Mitigation Center, which he founded at UNL, in helping states and countries prepare for drought. He says preparing for climate change impacts isn’t that different.

“Projections for the future are really dramatic, so it's important that we get ahead of the curve by doing adequate planning and preparation for the kinds of changes that we expect to see,” Wilhite said.

Based on the UNL research, in 2016 the Nebraska Legislature formed a special committee to look at creating a state climate action plan. The committee held numerous hearings and roundtables around the state.

“We listened to incredible testimony and all sorts of important information and at the end decided we should definitely have a plan. So that's why I have gone forward and said okay, let's create the plan now,” said State Sen. Patty Pansing Brooks, a member of the committee.

She’s introduced LB 646, which would create an “evidence-based, data-driven strategic action plan” related to extreme weather and climate change impacts in Nebraska. She says such a plan is not controversial in a state as weather-dependent as Nebraska.

“This is not a partisan issue. This is a state of Nebraska economic welfare issue,” Pansing Brooks said.

“So let's get past some of the verbage that makes people not want to communicate about it and deal with the issues that are important to our state, make a plan, bring in the experts, bring in farmers who know the repercussions to their property and to their crops,” Pansing Brooks said. 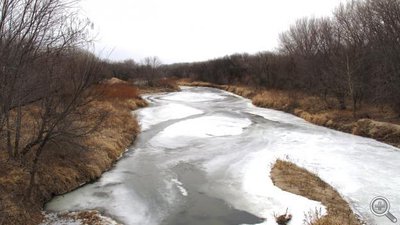 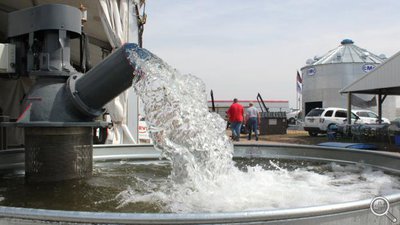 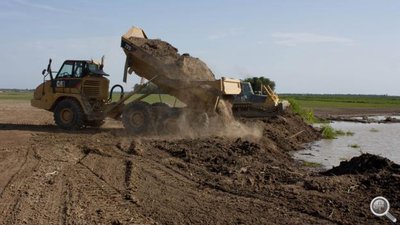 State Sen. Tyson Larson of O’Neill, who co-chaired the special committee, agrees with Pansing Brooks on looking out for Nebraska’s economy.

“Anybody can say they do or don't believe in climate change but one thing that all Nebraskans believe in is bringing more jobs and creating economic development in rural Nebraska. And the fact that it can help reduce the state's carbon footprint means we're doing even better things,” Larson said.

“That's what we're doing with the rise in carbon in our atmosphere--we are taking that issue that my generation is facing and working to create a positive,” Larson said.

But Larson and Pansing Brooks disagree about the best way to make the state climate plan a reality. Larson doesn’t support Pansing Brooks’ bill. Instead he plans to introduce a motion to have another special committee handle it. He says he also wants to find an outside group to pay for it instead of state taxpayers, but declined to say who that would be. Pansing Brooks says her bill has bipartisan support and she feels good about its chances.

34 other states have done similar climate action planning in recent years. Michael Tubman, outreach director at the nonprofit Center for Climate and Energy Solutions, has worked with numerous states on climate action plans. Tubman says planning for climate resilience isn’t just about reducing emissions. It can also lead to new businesses, like carbon capture and storage from ethanol production.

“A good climate action plan will not be about curtailing industry. It will be finding ways to take advantages of new opportunities that are good for everyone,” Tubman said.

By focusing on state-specific issues like rural communities and agriculture, Tubman said Nebraska can serve as a leader to similar states and inform the national conversation around climate change.

It makes sense for Nebraska to take its own approach to climate change planning and preparedness, Tubman said, “because this is an issue that isn't going away at the national level or the global level.”

There will be a public hearing on Sen. Pansing Brooks bill on Monday, February 6 at noon.