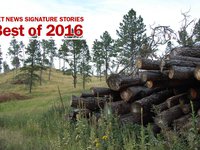 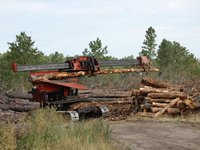 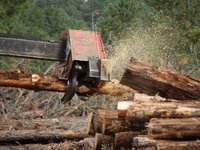 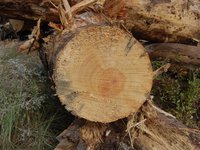 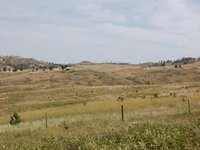 It’s been 10 years since the first of several major fires swept through the Pine Ridge in northwest Nebraska. Foresters are still working to restore the area, not to the way it was then, but to more like it was a century ago.

On a clear, late summer afternoon, high up in the Pine Ridge hills above Chadron, Nebraska, a U.S. Forest Service crew member wields her brush trimmer against vegetation growing near a road through the forest. 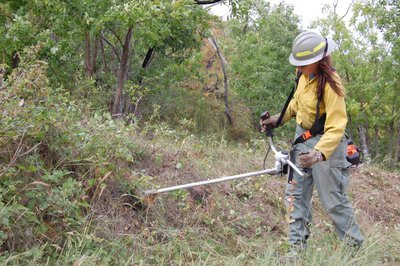 “What the guys are doing over here is getting rid of a lot of that underbrush, thinning out the ash trees and stuff to basically make it more passable, make it more easy to maintain, and then if we do have a fire it clears things out, makes it a little more safer for those guys to do their thing on a wild fire through here,” Buskirk said.

Fire crews were called to “do their thing” on a massive scale here in 2006 and again in 2012, when a combined total of more than 100,000 acres burned. Buskirk says historically, the area would have recovered on its own. But decades of suppressing fires made the ones that got out of control in recent years much more destructive.

These views south and east of "C Hill" in Chadron show the spread of ponderosa pine during the era of fire suppression. (For full view, slide bar in center to left or right). Below is a similar view today, after the wildfires of 2006 and 2012. 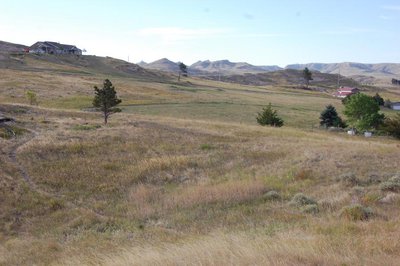 “It was such an overgrown forest that it killed everything. The fire was able to go from the little trees to the medium-sized trees to the big trees and just kill everything,” Buskirk said.

By contrast, “In the past,100 years ago, there was 24 trees per acre and the fire just burned right on the ground, cleaned everything up behind it, and those trees were able to survive it and live and keep going,” he added. 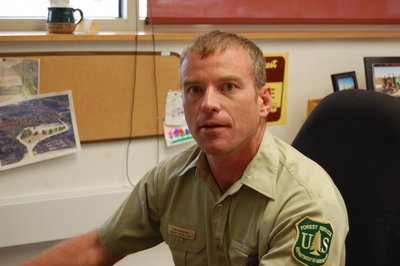 Buskirk compares the work the crew is doing to what someone might see along a highway in Nebraska’s flatlands.

“When people mow roads – road ditches – it’s the same thing,” he said.”You can’t get a mower to mow this kind of stuff. It’s much more labor intensive."

Gary Peterson of the forest service explains what they’re trying to prevent.

“We call it ladder fuels. You take out the fuels underneath and usually it’ll keep from going up into the tree that way,” Peterson said.

In another area of the forest the fire skipped over, Buskirk points to where trees have been thinned to where there’s one about every 24 feet.

“It’s for a healthy forest,” he explained. “When you have an overcrowded forest, fire is a concern, and pine beetles are a concern. If you don’t have a healthy forest, you’re more susceptible to those kind of things.”

In addition to thinning, the forest service is doing a limited amount of replanting ponderosa pines in areas that burned. In areas that didn’t, pines are thinned and stacked in huge piles. Then people like Forrest Futtere, a forest service contractor, come in.

This afternoon, Futtere is operating a giant machine called a “delimber,” which strips the limbs off the felled trees, then cuts them into eight-foot lengths to load onto trucks and haul away. The wood’s “punky” – too old and broken down to turn into lumber. But Futtere’s found a use for it.

“Rather than waste the wood and burn it, I purchased the piles. Now I’ve got a market for pulp wood that goes from here about 400 miles back to eastern Nebraska. And they make pet bed shavings out of it,” Futtere said.

Part of the challenge in cleaning up the Pine Ridge is that sawmills in the area aren’t much interested in making lumber from trees that are cut down there. There is a much larger source of better trees from the Black Hills to the north. And there is an urgency to harvesting those, before a pine bark beetle infestation makes them unusable. 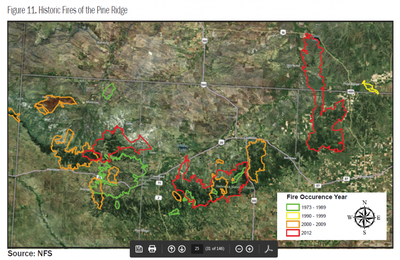 Still, the forest service’s Tim Buskirk says, the hope is the local lumber industry will expand to use trees from an ongoing thinning program.

“Over time, as trees begin to come back into those areas, we’ll do management of it – whether that’s prescribed fire, cleaning them out when the little trees are really small, or we’ll let some of those grow larger, and we’ll do thinning and a timber sale after that,” he said. “But we have to maintain that industry that we’re starting to have pick back up out here.”

In a way, the forest service’s plan is to turn back the clock.

“My neighbor was ninety-three or four years old when he passed away," Futtere said. "He told me when he was a kid out here in the early 1900s, there were almost no pine trees. There were a few of them in the bottoms of the canyons. Most of these have come up since we started fighting fires out here."

And Buskirk points to an old picture of the Pine Ridge, taken in 1912, of a landscape where grass, rather than trees, occupies most of the shot.

“That’s a picture of the Pine Ridge, basically in its natural state. That’s a sustainable Pine Ridge right there. And that’s what we want to get back to. That’s what all of our work right now is towards,” Buskirk said.

How that work progresses will have a major impact on the Pine Ridge landscape for years to come.

Editor's note: This story is part of our "Best of 2016" Signature Story report. The story originally aired and was published in September.