Law enforcement and service agencies have known sex trafficking is a significant problem in Nebraska. But detailed research and information has been lacking, until now. Mike Tobias shares what Creighton University researchers have learned about the scope of the crime. It’s part of our special reporting project, “Sold for Sex.” Please note this story deals with subject matter of an adult nature.

“The commercial sex market is strong across the state,” Crysta Price explained. She and her research partner Terry Clark may know this better than anyone in Nebraska. In a Creighton University conference room they gave us a private PowerPoint presentation of their new research. It’s a deep dive analysis of posts on Backpage, a classified advertising web site. 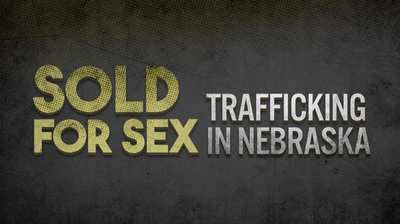 Watch for the premiere of our new NET News documentary, “Sold for Sex: Trafficking in Nebraska" on Thursday, Jan. 5 at 8 p.m. CT on NET Television 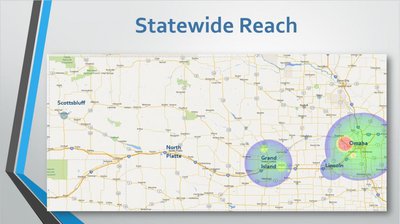 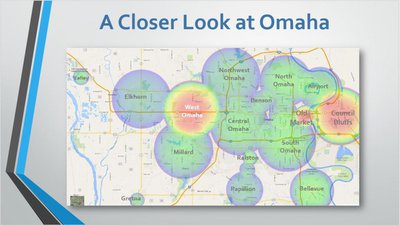 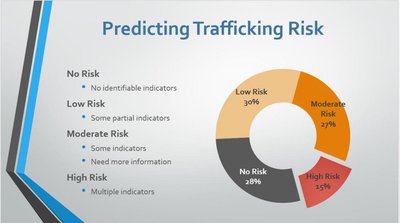 A business fighting trafficking in India, and its connection to Creighton University (November 2016)

Backpage requires users to agree to not post trafficking materials, blocks some ads and turns others over to authorities. But here on separate pages for Omaha, Lincoln, Grand Island, North Platte and Scottsbluff you’ll still find dozens of “escort” ads each day with provocative pictures, prices and services. “A kinky side to satisfy any appetite” promises one Backpage advertisement.

Price and Clark are part of the Human Trafficking Initiative within Creighton’s Heider College of Business. For research funded by the Women’s Fund of Omaha, they look at thousands of Backpage listings over several months. This led to a detailed picture of Nebraska’s commercial sex industry.

“Overall, the state averages about 130 sex workers a day and about 800 a month,” Price said. The academic term “sex workers” refers to all who are part of that industry, whether it’s voluntary prostitution or trafficking. Either way 800 different people are for sale each month in our state. Almost all are female.

Two heat maps show where sex is for sale in Nebraska. These indicate raw numbers of sex workers, but also per capita intensity of the commercial sex market. It’s not surprising there’s lots of activity in the state’s metro areas…Omaha, Lincoln and Grand Island. But there are signs of activity in lots of smaller towns like Oshkosh, Geneva and Wayne, and high per capita intensity of sex advertising in places like Valley, Springfield and St. Paul.

“Even though there's just the five Backpage sites in the state, it really spreads out from there to cover the entire state,” Price said.

“So if a worker or trafficker, whoever is posting, is ‘name-checking’ a town (in an advertisement), they're basically saying, ‘We've had success there before in our business model?’” Clark is asked. “There has to be a reason they're singling out the town. There's got to be a clientele there, and it wouldn't be one or two people,” he said.

A map of the Omaha area shows widespread activity, but three “hot spots.” “This map shows that west Omaha, the Old Market and the casinos in Council Bluffs are really the hot spots that girls mention most often in their ads,” Price explained. “West Omaha in particular is the area that's most likely to be mentioned.”

One explanation? There’s money in west Omaha, and that’s good for the sex business.

The older the worker, the less they make: 20-year-olds cost more than $200 dollars, 40-year-olds less than $180. Younger workers appear to travel more and more often work in groups, called stables. Price and Clark say both of these are signs that the so-called sex worker isn’t involved in voluntary prostitution; they’re being trafficked.

Which gets to the question, how much of this is voluntary and how much is trafficking? There’s no clear-cut answer. But the Creighton research shows seven out of 10 Nebraska sex workers with some indicator of being trafficked, and 15 percent with multiple indicators.

“Since Nebraska sees roughly 800 sex workers in a month, this would mean that, potentially, 120 sex workers a month are high-risk trafficking victims,” Price said.

The research Clark and Price are doing isn’t easy. The online ads are confusing, often misleading and not pleasant to look at. “I'd say about once every couple of months, I want to throw my computer against the wall and just be done,” Price said.

But academic research like this is valuable for Nebraska agencies and law enforcement. Clark and Price have already done a number of presentations for the Nebraska Attorney General’s Human Trafficking Task Force effort.

“Our job is to not just quantify it, but also talk in terms of what are the drivers that lead to the problem? Where is this more likely to exist, its pockets in the state, and what are the best policy approaches and approaches by service providers to deal with the issues so we can reduce the number of victims across the state,” Clark said.

Because understanding where and how it’s happening is an important new tool for those trying to stop trafficking in Nebraska.