It’s a new approach to fighting sex trafficking in Nebraska, training for hotel and motel staff who may see signs of it happening where they work. 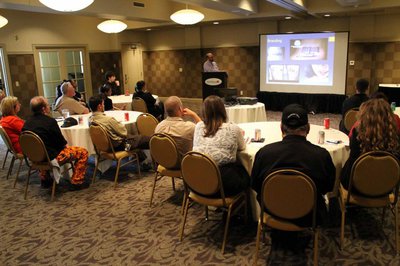 WHAT IS SEX TRAFFICKING

SIGNS OF SEX TRAFFICKING IN HOTELS/MOTELS

"Some of the signs would be just an older gentleman with young girls, a group of girls,” said Sister Celeste Wobeter of Omaha’s Notre Dame Sisters, a member of the Coalition on Human Trafficking in the Omaha area. “Someone coming in with very little luggage. Girls coming in, often it’s real young girls, looking uneasy and kind of frightened and not able to look anyone in the eye, and just being very attentive to whomever they’re with. If they’re calling the gentleman ‘Daddy,’ it’s a good indication that’s the pimp. Housekeeping could have a lot of signs that they could discover. If there are a lot of phone cards and hotel cards from other places that are just around, that could indicate they’ve been moving from one hotel to another. Excessive condoms and things in the wastebaskets. Noticing different men going in and out of the hotel rooms. Even a script that was written by the pimp they can read (so) when they’re on the phone they can make appointments. Security, they could see a lot of male traffic going in and out, or exchange of money between those going in and out with other folks.” 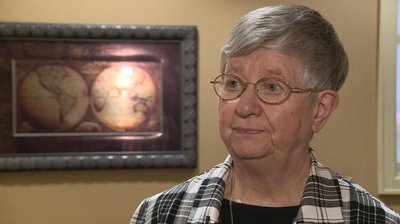 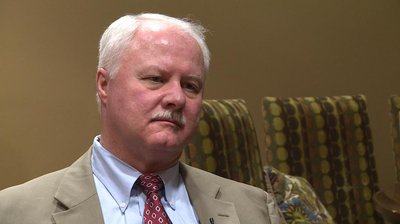 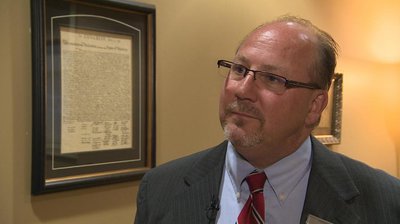 Nebraska Governor's Task Force on Human Trafficking report from 2013, which includes information on trafficking in the state and recommendations

Shane Fagan starts his presentation in a meeting room in the upscale Magnolia Hotel in downtown Omaha. His audience is a couple dozen hotel employees: managers, front desk staff and housekeepers. His subject is sex trafficking, and how to tell if it’s happening here.

“They’re checking in, you’re at the front desk, they might have a group of people and an inappropriately small amount of luggage for such a group,” Fagan told the group. “Like in housekeeping, you might be in the room, see things like provocative clothing, sex toys, condoms, and an unusual collection or amount of those.”

Fagan works as a religious education director at St. Patrick Catholic Church in Gretna. But he’s also one of the volunteers trained to train hotel and motel workers. It’s a new program launched by the Omaha-area Coalition on Human Trafficking, a diverse group from law enforcement, social services, churches and other areas working to fight sex trafficking.

“We want them to be aware that it’s happening in Omaha, and in Omaha hotels and motels,” said Sister Celeste Wobeter of Omaha’s Notre Dame Sisters, another member of the coalition. “Then we want them to know what are some signs and indicators that they can look for in the different areas where they work in their departments. Then the last goal is ‘what do we do about if we see some signs. Who do we contact? How do we respond? What do we do and what is it that we don’t do?’”

“The important thing to remember is that the individual who observes it, if they’re not trained to rescue or respond, their job is to report,” said another coalition member, Stephen O’Meara. As a U.S. attorney he helped found the Omaha Child Exploitation Task Force; now he has a newly-created position in the Nebraska Attorney General’s Office: Human Trafficking Coordinator. “Because it’s dangerous to the victim. It’s dangerous to that person who sees and interferes and then there’s also a significant danger that frankly the trafficker will take whomever his victims are and get out of the city, and avoid rescue and detection. So reporting really becomes a key thing.

“All of this tends towards public awareness though, too,” O’Meara added. “The more people (who) understand what this problem is and that it is here locally, the more apt the community is going to be to deal with it.”

O’Meara and others say sex trafficking is happening in Omaha and across Nebraska. It’s not as clearly counted and reported as some other types of crime, but it’s likely that hundreds, if not thousands of women and men are involved in the sex trade yearly in Nebraska. Many are teenagers trapped by various means into a life of sex for money.

“Most of the sex trafficking that occurs will generally occur in hotels. Hotels and motels, those are the places of business, you could say for these organizations that are involved in sex trafficking,” Detective Amber Schlote said. She investigates sex trafficking cases for the Omaha Police Department, which arrested more than 100 people for prostitution last year.

“Almost every case that the Omaha Child Exploitation Task Force has done has had substantial involvement of hotels and motels,” O’Meara said. “I think the anecdotal experience locally has been that there tends to be movement, maybe a week or two at one facility and then move to another. In those instances, as much as anything, I think probably to avoid detection.”

Some are locally-based sex trafficking operations. Some are traveling through the area, possibly in connection with major events that increase sex trafficking demand, like big concerts or Berkshire Hathaway shareholders meeting.

That’s one reason for the timing of the launch of this training program for hotel workers. In Omaha, the College World Series starts in June. This is another event that authorities say leads to a spike in sex trafficking activity. By then, the coalition hopes to have trained workers in 15 Omaha hotels, using volunteers like Fagan who were earlier trained by law enforcement and other experts. They hope to eventually expand this pilot program to include every hotel and motel within a 50-mile radius of Omaha.

They say so far, they haven’t met resistance from hotel owners and managers who fear loss of business or being labeled as a place where sex trafficking happens.

“I don’t want to be naïve enough to say it does not happen. It happens,” said Tim Darby, general manager of the Magnolia and part of the coalition. “The best thing that I can do is to expose my associates to the training that we’re providing and make sure that if it is happening that we identify it and root it out.”

“I think eventually the hotels and motels that do not participate will become the outliers,” O’Meara added, “and frankly, there are reasons why a hotel and motel should want to participate. Not only to be a good community citizen, which of course should be number one, but also that there are issues about willful blindness and particularly once you’ve been approached, it’s probably better to be on the side of having trained your staff, so that you’re trying to deal with the situation.”

The program is a first in Nebraska, but similar to efforts done in the Quad Cities of Iowa and Illinois, and at Super Bowl locations. O’Meara said some of the volunteers leading the Omaha training have already expressed interest in exporting this to other places outside the metro.

Because having trained eyes and ears in hotels and motels will be a valuable asset to law enforcement who are fighting sex trafficking.