Following a failed attempt at privatization five years ago, Nebraska’s child welfare system has since been the subject of controversy and intense scrutiny. There are some proposed solutions to the ongoing problems.

“When bad things happen to kids who are system-involved, we get notice of those bad things,” Rogers said. 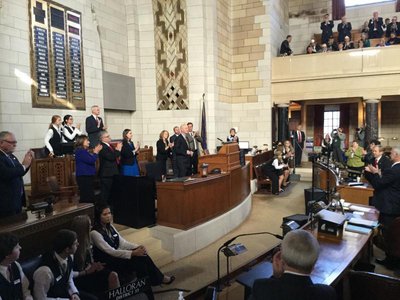 In her small office across the street from the Capitol she poured over her department’s latest annual report released in September. It's highlighted 22 cases in which Nebraska children involved in the state’s care died or were seriously injured in the past three years. Last month, her department announced an investigation into whether adequate steps were being taken by the Nebraska Department of Health and Human Services to prevent and respond to sexual abuse.

“We noticed that there were quite a few - 36 in the past three years - reports of sexual abuse of kids who are system involved," Rogers said. "That rose to the level of opening a full investigation and seeing if there are gaps in the system, if there are things the system can do to improve so we can prevent that from happening.”

The inspector general’s office was created in 2012 by the Nebraska Legislature for this reason - to act as a watchdog over the state’s child welfare system. Lawmakers have made additional attempts to find ways to remedy the state’s troubled system. And this year’s legislative session has been no different. 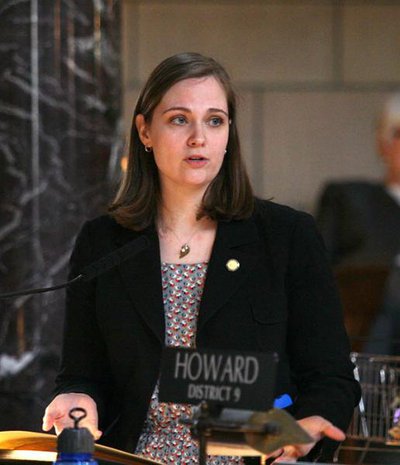 Last week in the Capitol rotunda, Lincoln senators Kate Bolz and Patty Pansing Brooks, and Omaha senator Sara Howard introduced bills designed to address child welfare and juvenile justice issues. One of the bills - introduced by Howard - would appropriate $1 million over two years to help recruit and retain child welfare workers. High caseload numbers due to a lack of worker retention was one of the major issues cited by the OIG report. Howard said it’s been blamed, in part, for the deaths, serious injuries, and sexual abuse of children.

“Nebraska children are paying a high price for the way that we’re treating our caseworkers and the high caseloads they’re working with. These individuals are overburdened and it’s our job to do our best to protect them,” Howard said.

Mike Marvin is Executive Director of the Nebraska Association of Public Employees or NAPE. He said turnover in the state’s child welfare workforce has been among the highest for all Nebraska state employees - especially in the field’s entry-level positions.

“It is way too high. 61 percent, 44 percent, 77 percent. Those are just ridiculous numbers. These are the people out there doing this job,” Marvin said.

But with the state’s 900 million dollar projected budget shortfall and the amount of attention paid to the state’s overcrowded prison systems and underpaid corrections officers, Marvin worries there won’t be an increase in incentives for Nebraska child welfare employees any time soon. He says it’s an issue likely to fall by the wayside in this year’s session.

“It’s all related to money, and that’s what our biggest issue is right now,” Marvin said. 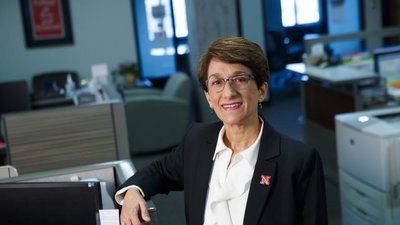 Michelle Graef is a research associate professor at the University of Nebraska-Lincoln’s Center on Families, Children and the Law. (courtesy photo)

Michelle Graef is a research associate professor at the University of Nebraska- Lincoln’s Center on Families, Children and the Law. She says increasingly, researchers across the U.S. are discovering there isn’t a “one size fits all” solution to the problem.

“These challenges aren’t new but I think the attention has been heightened. There’s a lot of discussion of if we should pay them more. Maybe that’s the issue? That might be a part of it, but I don’t know that’s really the entire solution. I think there’s a lot more to it,” Graef said.

UNL launched the Quality Improvement Center for Workforce Development with a grant from the U.S. Department of Health and Human Services Administration. Graef and her team will receive the $15 million grant over the next five years to study state and tribal agencies across the US to discover what strategies for improving child welfare agencies do and don’t work.

“There hasn’t really been an effort like this nationally. I think it’s very timely and is going to contribute to a lot of states in a good way. The challenge that they’re facing is they need answers right now,” Graef said.

In the meantime, Inspector General Julie Rogers has lauded the Nebraska Department of Health and Human Services for their cooperation with her investigation. She hopes the result will be improved child welfare services in the state.

“I appreciate when folks are open to the idea of improving those functions of government because there’s a reason why government agencies exist to help these kids, both juvenile probation and our child welfare system," Rogers said.