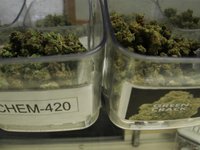 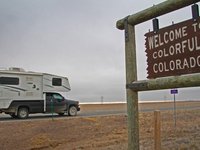 The U.S. Court of Appeals will be getting legal briefs from both sides in the coming weeks and arguments will likely be heard before the end of the year. 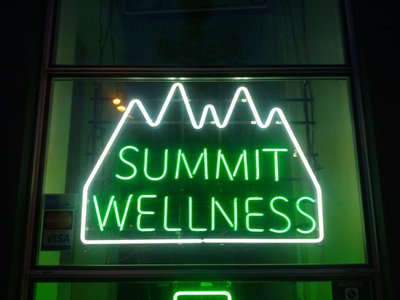 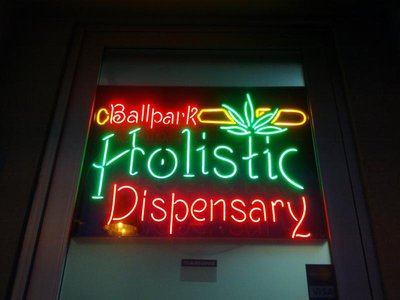 Nebraska was turned away (along with Oklahoma) by the United States Supreme Court in its attempt to challenge the legality of Colorado citizens electing to legalize medical and recreational marijuana. The court left open an opportunity to sue Colorado, but taking a longer route to raise the central issue.

Oklahoma and Nebraska are returning to court. Here are the basics you need to know.

Nebraska is still fighting with Colorado in court

Three lawsuits have become one, to be heard by the 10th Circuit of the U.S. Court of Appeals. Recently Nebraska and Oklahoma ask for and was granted permission to join two other cases opposing legalized marijuana which are being heard on appeal.

Nebraska Attorney General Doug Peterson says the issues for state’s neighboring Colorado are the same raised in the unsuccessful request for action by the U.S. Supreme Court: locally legalized cannabis, for medical or recreational use, is a nuisance for the neighbors and in violation of federal laws regulating illegal drugs.

Marijuana opponents came to the courts with very different complaints

Three lawsuit were filed by Colorado residents challenging aspects of that state’s legalization of marijuana. One lawsuit came from the owners of a rural tract of land in Pueblo County, Colorado. Hope and Michael Reilly claim the acreage they use as a getaway lost value when a marijuana grower built a large storage facility. Their attorney, Brian Barnes said the distinctive scent of freshly harvested cannabis was, for the Reilly’s, a “foul stink” which made “the property not as valuable as it used to be or as useful to them.”

Barnes also represents a Washington D.C. based anti-drug group known as the Safe Streets Alliance. He makes clear this is more than just a complaint about the smell of a neighboring business. 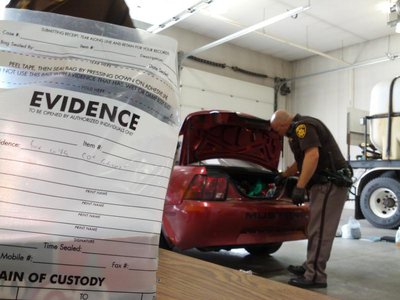 A search of a car suspected of carrying marijuana in Deuel County, Nebraska. (Photo by Bill Kelly, NET News)

“Certainly the fact that somebody immediately next to them is openly and notoriously committing federal drug crimes exacerbates the problem,” Barnes told NET News.

Scotts Bluff County Sheriff Mark Overman, a marijuana critic since the start of the Colorado experiment, continues to see an impact of the pot sold across the border on a regular basis.

In a third case, a hotel in Frisco sued in federal court claiming it would lose bookings once a planned marijuana dispensary moved next door. Safe Streets also helped financed the lawsuit. The dispute was settled out of court.

The sheriffs and the landowner cases were dismissed by district judges who felt the people filing the lawsuits didn’t have appropriate standing to sue Colorado. They appealed and the case is to be heard by judges in the 10th Circuit Court of Appeals based in Denver. After being turned away by the Supreme Court, Nebraska and Oklahoma were given clearance to join the other cases in their appeal.

All the cases boil down to the same matter of law

The federal government classifies cannabis as a “Schedule 1 Drug” meanings it’s considered one of the most dangerous types of controlled substances, with no accepted medical use, and may be readily abused. That is the legal foundation for all other drug crimes.

When Colorado, followed by 23 other states and the District of Colombia, legalized marijuana, it put them in potential conflict with federal drug law. The U.S. Constitution says generally federal laws take precedence over state laws. The question for the court in all of the challenges: did Colorado use more power in creating law than the U.S. Constitution allows?

“We want that ruling on the Supremacy Clause,” said Peterson. “That’s what is critical.”

Critics argue the Nebraska case is a waste of money, especially since the issue the attorney general wants resolved would likely be decided with or without the states pitching in.

The Obama Administration could complicate (or simplify) the issue

The Obama White House, through the Drug Enforcement Administration signaled this spring it's ready to reconsider that listing, potentially moving down the list of dangerous drugs and define it as less of a threat to health and potentially helpful for certain treatments. Making that historic change would all but eliminate the need for the lawsuits.

With the win-loss record in court so far heavily favoring the Colorado marijuana industry, these cases are considered essential for those who support legalization. The first of the legal filings will be sent to the Court of Appeals before the end of the month. If the case proceeds, arguments before the three judge panel will likely be heard before the end of the year.

POSTSCRIPT: What happened to putting medical marijuana to a vote in Nebraska?

Recently Nebraska supporters of legalizing medical marijuana decided to suspend their efforts to get the law changed through a citizens' petition and vote of the people. Disappointed by the lack of majority support in the Legislature, it was assumed there would be support for at least getting the issue on the ballot. The cost of a campaign and effort to get the signatures across the state didn’t match the resources of the unwieldy coalition of pro-cannabis activists.