President Trump has given the parent company of TikTok a mid-September deadline for selling its video-sharing app after fears the personal data of U.S. citizens is available to the Chinese government. TikTok is a place where kids show off their dance moves and comedians and musicians showcase their talents. And during the pandemic, it’s also become a place where people have reached out for help and a sense of community. One Nebraska woman has become a TikTok star and is helping many people at the same time.

Samantha Howsden Ward reaches millions of people around the globe every time she records a short TikTok video and she does it all from her home in the Omaha area. Her TikTok account really took off in October of last year when she posted her thoughts about an app called Life360, a way for parents to follow their kids’ every move away from home. Howsden Ward told her followers it was an invasion of privacy and a way to lose the trust of teens. The more she posted about Life360, the more kids shared horror stories about what they’d experienced.

"This one kid said, Okay, so my mom texts me," Howsden Ward said. "Why did you take a left then she calls me Why didn't you answer my text? And he's like, Mom, I'm driving! 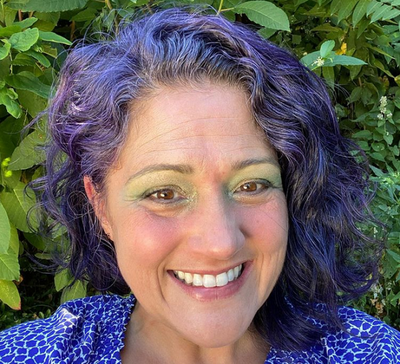 Along with teens, Howsden Ward started talking to parents too. Her fans soon dubbed her the “Mom of TikTok.” She had such an impact on the Life360 app that the CEO reached out to her to meet and understand her concerns. The app has since integrated some of the changes Howsden Ward suggested, including a new setting called "bubbles" which gives kids more privacy from parents.

"This middle aged mom, in the middle of nowhere, reached the coast right and reach the CEO who reached out to me and it has brought in my world," Howsden Ward said. "

She has a heart for kids in tough situations because she knows what it’s like to live with an abusive parent. Howsden Ward also went through what she calls a “couple toxic years,” with her son. She had just divorced and her parents died.

"I was taking that out on him. I had to take a step back and look at myself and not blame him, right and say, Okay, what am I doing to contribute to this behavior?," Howsden Ward said.

Howsden Ward learned from her mistakes – and through TikTok learned that her experiences and lessons help other people too, people like Michael Williams, who lives in South Carolina.

"He was terribly depressed and at the time I still hadn't completely come out of, you know the debilitating depression that I was in from the divorce and my parents died," Howsden Ward said.

They met a year ago and since have become fast friends. He would join her “live,” where she would talk to her fans.

"We had a running joke when she get on live," Williams said. "And it was on this episode of Samantha does the dishes because that's literally she'd get on live just to have somebody to talk to you something to do while she did stuff around the house.

It was that realness that endeared her to her followers.

"So that's how this whole friendship kicked off was a five hour sessions of just conversation. While we were both in a depressive state," Williams said.

Williams says Howsden Ward is kind, funny and smart, but the best compliment he can give is that she is real.

Samantha has been the same person that she was an 80,000 followers that she has at 2.8 million," Williams said. "She's Samantha."

It’s that genuineness that hooked Williams that first time he scrolled to her page and it’s what’s kept him there.

"If I didn't want to talk I could have exited out close my phone and went and done something else," Williams said. "But she brought value to my life and made the time worth it."

Howsden Ward says she helped Williams – but He helped her too.

"He's a success story for us both because we helped each other and that's why I love his story because he was there for me and I was there for him," Howsden Ward said.

And when Howsden Ward got married in Las Vegas recently, she was able to bring one person with her because of COVID-19 directed health measures. She chose Williams. They spent a few days on the strip, eating good food and discussing life. From strangers to friends all because of TikTok.