A new Nebraska law will now require all high school juniors take a college readiness exam like the ACT or SAT. The idea is not just to gauge the student’s preparedness for college, but also assess his or her high school success.

Whether it took one time or several tries, most college-bound high school students have fresh memories of taking the ACT exam. For Columbus high senior Jamie Shocker, it was also an indication of what’s ahead for the next four years.

“It kind of gives you a look into the future of how much you’re going to have to prepare for your college classes, where you can’t just go in and wing a test, you really have to prepare like we prepared for the ACT,” Shocker said.

High school students will spend hours of free time prepping for the college entrance exam. But unlike most Nebraska public schools, taking the ACT at Columbus wasn’t optional. It was actually a requirement.

Four years ago, the school was one of 13 Nebraska high schools invited by the Nebraska Department of Education to take part in a pilot study to utilize the exam as a means of assessing high school juniors’ achievement levels. And so far, Woodside said, the school couldn’t be happier with how it’s been going. 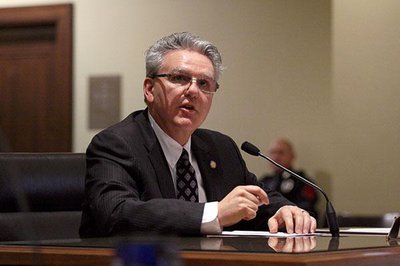 Norfolk senator and Education Committee member Jim Scheer introduced LB930, a bill that would ultimately replace the 11th grade NeSa assessment exams with a college readiness exam, such as the ACT. (Courtesy photo)

“It’s kind of a win-win. One of our strategic goals is to be college and career ready… Being part of the pilot, I was hoping we would be part of the change movement to the ACT as the statewide test for juniors," Woodside said.

That change movement to require the ACT began after problems surfaced with the state’s original assessment exam: NeSa. Parts of the exam, given online, have been plagued by problems for years. They include outages during exams and the loss of students’ scores. According to the Nebraska Department of Education or NDE, last January, over 5,000 students across 143 school districts lost access to testing tools.

"Obviously, it gave us a reason to pause a little bit and have a conversation about what the future might be,” said Matt Blomstedt, the state's education commissioner.

Blomstedt and several members of the state board of education have been advocating and ultimately “shopping” around for a comparable exam to replace NeSa for high school juniors. That helped prompt the ACT pilot study, and so far, he’s been pleased with the results. Blomstedt said juniors tend to take a college readiness exam more serious.

“When they can see it’s tied to something of their future, that’s more meaningful than what NeSa has been – which has been more about accountability,” Blomstedt said.

And some state lawmakers have agreed. This year, Norfolk senator and Education Committee member Jim Scheer introduced LB930- a bill that would ultimately replace the 11th grade NeSa assessment exams with a college readiness exam, such as the ACT.

“Kids did think it mattered to take that test. We have noticed a 20 percent increase in those subcategories that all-of-a-sudden find out they did pretty darn good on that test. The counselors are doing a good job of saying, ‘Gee, you did well enough. Here is a grant that’s available, scholarships that are available,'" Scheer said. “Students that were not traditionally higher education students. So the test worked.”

In April, the bill passed on a vote of 46-1. But not everyone is of the mind college readiness exams are the best means to assess Nebraska juniors’ academic success.

“Our public schools are meant to teach our kids how to function in society. They are not college prep schools," Groene said. “Not everybody’s meant to go to college. Some of us have different skills – some people have tactile skills… We’re going to start testing kids and telling them they’re ‘below average’ because of some college entrance exam that doesn’t fit their skills. I don’t think that does our state any good.” 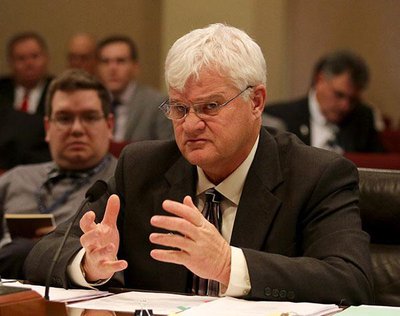 North Platte senator and Education Committee member Mike Groene voted against the measure to require college readiness exams. Groene cited concerns over high schools competing against each other for the highest ACT scores, and curriculum being centered around subject matter on the exam. (Courtesy photo)

Groene cited further concerns over high schools competing against each other for the highest ACT scores, and curriculum being centered around subject matter on the exam. But Blomstedt stressed that’s something the NDE and school districts ultimately want to avoid.

“When we look at state assessment, we want to minimize the amount of time students spend in that environment and particularly what the teachers’ focus is. We want to see the focus returned ultimately to the classroom instruction. That’s what makes all the difference. The tests are simply measuring the progress that takes place in the rest of the school environment,” Blomstedt said.

Blomstedt has proposed the 2016-2017 school year be a "transition year" for the assessment, with a consideration of whether the ACT will ultimately be the college exam to replace NeSa. The State Board of Education will consider that at its next meeting later this month. Grades 3-8, which also take different forms of NeSa, will continue to use the exams and will not be affected by the change.