The COVID-19 pandemic has affected many businesses, including the restaurant industry. After dealing with unprecedented challenges in 2020, restaurants hope the resilience and innovation that got them through the year will help them keep their doors open this year.

Banhwich Cafe, a small counter-service restaurant in Lincoln, is usually packed, with lines out the door. Owner Hoang Nguyen said he had big plans to expand seating early last year. But then the COVID-19 pandemic arrived, and those plans were put on hold. Nguyen said things have been tight.

"There was a point in about two months in, where we were just losing a lot more than we were making," he said. "I had a little savings for this remodel and we were eating into that, just so we can stay open."

If it wasn’t for the local support, Nguyen said Banhwich Cafe would be closed. Now, the expansion is almost ready, but it won’t be for dining in anymore. 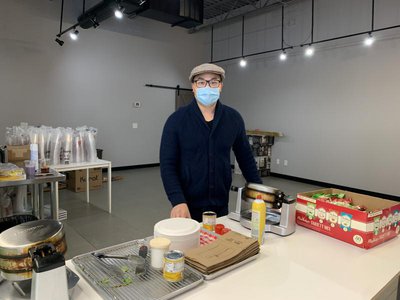 "This side’s more designed to expand the takeout experience.. so when people are going to be coming here, this is going to be a room where they can wait safely at a social distance," he said.

Zoe Olson is the Executive Director of the Nebraska Restaurant Association and said it was quite a year for the restaurant industry: from closed dining rooms, restricted capacities, to using government loans to stay open and more.

"I’ll never forget getting a call from one of my members that said, I have $20,000 worth of food for St. Patrick's Day, in my restaurant right now, what am I going to do? And I can only have 10 people at a time in my restaurant, when normally my facility would be packed. What do I do?" she said. "That was the kind of thing that we had to address and change on a dime. The restaurant industry has been incredibly flexible and that that was a huge shock for people that they had all this product and no place to sell it."

Bill Lesko is the owner of Citta' Deli in McCook in southwest Nebraska and said March 2020 was a time of panic for his restaurant.

"Sheer panic, honestly.. what a surprise and a shock. It was something we definitely were not prepared for, as I don't believe anybody really could have been prepared for," he said. "We haven't experienced anything like it before. You know, 'How are we going to stay in business?' was on our mind."

Zoe Olson said up to 31% of Nebraska restaurants could close permanently, according to their most recent survey with the National Restaurant Association.

"During the dining room shut down, some of our restaurants were down in sales up to 94%, so they were only doing about 6% of their business," she said. "Some restaurants fared better if they had a drive thru."

Mac’s Drive-In in Red Willow County in southwest Nebraska is one of those restaurants that embraced drive thru orders.

Owner Tyler McCarty said they were fortunate to have several car hop stalls that allowed the business to serve food in a safe and comfortable manner to customers.

"We just saw our customer patterns change and we adapted to that and actually ended up having a pretty decent year, which is crazy in spite of everything that happened," he said. 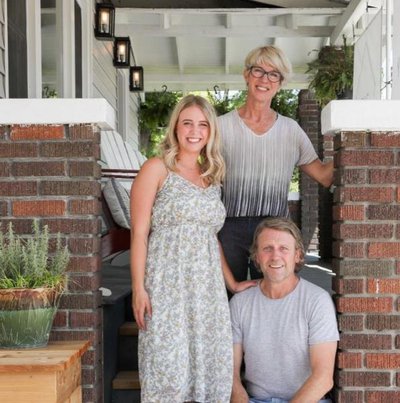 Other restaurants aren’t as lucky. Scott Kuhlman is the owner of 242 House in Cozad in central Nebraska. His family opened the fine dining restaurant in April 2019 with a mission of creating a great experience with world class food. Then, the restaurant shutdown in March 2020 and Kuhlman’s new mission became survival.

"It is stressful to the point where you begin to question yourself, 'Do you just close it down and one day, maybe get it back open again?' he said. "We ask and answer that on a weekly basis it seems like and just how much longer can we continue to survive and have operating losses."

Kuhlman said they lost tens of thousands of dollars of food in the shutdown and when they decided to reopen in June, they had to spend on food costs again.

“It wasn't an easy decision because we thought, 'Well, if we have to close again, that will be the nail in the coffin," he said. "The good news is we're squeaking by right now.”

The restaurant shifted to takeout now and hopes that part of the business will keep them going until spring.

Owner of Citta' Deli Bill Lesko, who we mentioned earlier in this story, said his restaurant had to adapt to keep the business open too. They sold drinks, deli meat, and family style meals, trained waiters to handle takeout orders, and cut-back store hours to only peak times. 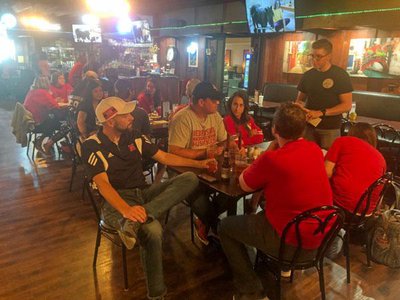 "What it [the COVID-19 pandemic] really made us do was look at the business and look at the operations," he said. "I guess that's one of the positive things that came out of this was we really had to evaluate the business."

Lesko said the COVID-19 pandemic has impacted his restaurant considerably and they will continue to feel the effects for months and years to come. The Nebraska Restaurant Association’s Zoe Olson said they don’t expect a recovery for the restaurant business until at least spring.

"Until people get more confident that their neighbors that they might be dining next to aren't carrying COVID, we don't expect to see that return to indoor dining," she said.

Nationwide vaccine efforts and upcoming warmer seasons give restaurant owners hope that all they have to do is survive the winter. Tyler McCarty of Mac’s Drive-In said he’s excited to see what the new decade brings.

"I hope that there's a light at the end of the tunnel and this thing's coming to a head and hopefully 2021 will get us back to some normalcy and those of us that have been able to hang on, can thrive," he said. "But that's all based on people supporting their local places."

McCarty said if restaurants can survive a year like 2020, they can withstand anything.