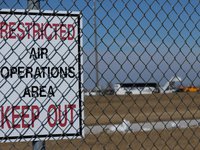 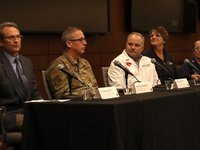 It's characterized as a rescue mission in response to the outbreak of coronavirus. Nebraska is part of the plan. 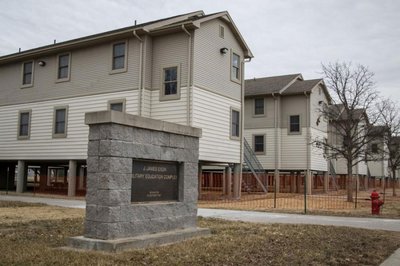 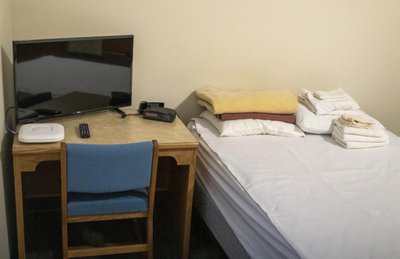 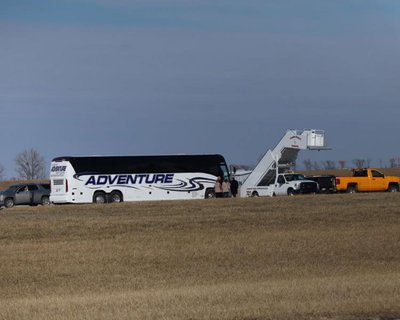 A government-chartered jet traveling from Wuhan, China, is expected to land at Omaha's Eppley Airfield sometime Friday. Onboard will be around 70 American passengers who had been living in the area cordoned off by the Chinese government to staunch the spread of the deadly coronavirus.

The individuals arriving in Nebraska will be placed in quarantine and transported to the National Guard's Camp Ashland training site. There they will be housed and checked for signs they have contracted the virus.

During a news conference, representatives of the federal and state agencies emphasized while these passengers may have been exposed to the virus, none of them are currently exhibiting symptoms.

"We expect these individuals to be healthy upon arrival," said Dr. Eric Kasowski of the Centers for Disease Control and the leader of the Nebraska quarantine team." The purpose of the quarantine is to identify any new onset of illness among this group right away should it develop."

Kasowski noted the passengers "will have been screened many times before arriving" in Omaha, including checks before boarding and during the flight.

Only people who were showing no signs of the virus were permitted to fly.

The officials speaking to reporters Thursday avoided referring to those arriving as "patients" who need to be hospitalized.

Little was known about the Americans on the flight. By Thursday morning, the team from the U.S. Public Health Service, which will coordinate the project, had not been sent will manifest with details about the group. It is known there will be families with children. The oldest passenger is said to be over 70 years old. During their stay, a medical team on site will check the individuals' temperatures twice a day, and monitor for respiratory symptoms that could be coronavirus.

If an individual does develop symptoms, they will be moved to UNMC and assigned to either the 20-bed quarantine section or, if warranted, the ultra-secure bio-containment unit.

The university's infectious disease specialists will serve in a support role to the federal public health team. 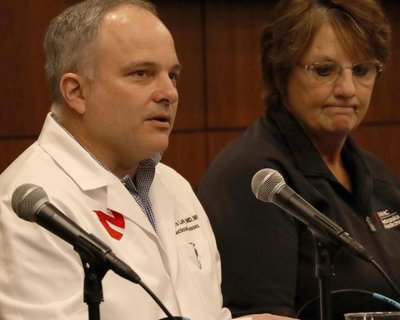 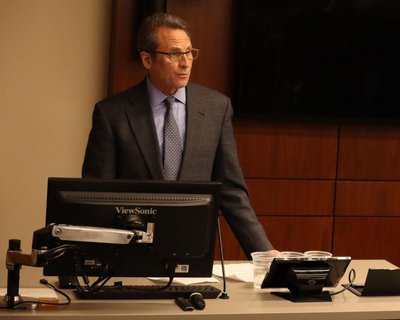 Dr. Eric Kasowski of the CDC is the leader of the Quarantine Ashland Team. (Photos: Bill Kelly/NET News)

Dr. James Lawler, director of the Global Center for Health Security at UNMC, emphasized the experience and preparation of the local team and facilities. The group previously treated patients sickened during the Ebola virus outbreak in 2014.

Lawler said this is a different type of contagion because it's a respiratory virus.

"It's primarily transmitted by droplet or direct contact," he said. "The root of infection is different, the types of precautions that we take are different. But again, these are circumstances that our team has been training for years."

While those arriving are being monitored, considerable effort is being made to protect those in contact with the visitors. That includes the bus drivers and those escorting the passengers to Ashland.

Thursday afternoon, the transpiration team could be seen at Eppley Airfield rehearsing, minus the charter jet, how passengers will disembark and loaded onto a tour bus.

The group gathered where the charter flight is likely to taxi and stop on Friday in an area a mile north of the main passenger terminal. Previously UNMC and City of Omaha first responders used this stretch of tarmac for drills testing their readiness when transporting those who may have contracted highly infectious diseases.

As the drill proceeded, the bus left the tarmac under police escort and pulled inside an air freight depot being repurposed as the screening center for the new arrivals.

Those showing no symptoms will get back on the bus and driven to the Ashland camp.

The Nebraska National Guard is loaning the residential facilities to the federal public health team and will have very little to do with the day to day operations during the quarantine period. No one in the Guard will be directly in contact with the quarantined.

Photos released to the media show comfortable accommodations. Guard commander Major General Daryl Bohac of the National Guard described them as looking like "modest hotel rooms." These facilities were not damaged last year when the Platte River levee broke.

There apparently will be families with children in this group, and they will be housed together in adjoining rooms.

The Public Health Service says it will try to make their stay as comfortable as possible. They hope to provide entertainment, exercise opportunities, and, they emphasized, a strong WiFi signal.

Personnel from UNMC will be providing support to the camp, including linen service, and bolstering the medical teams.

Governor Pete Ricketts began the news conference stating Nebraska has "a duty to our fellow Americans to be able to help these rescued folks." He compared this effort to support provided the state from across the country following the 2019 floods.

"We have the expertise right here at UNMC," Ricketts said. "We demonstrated that with the Ebola virus."

Governor also urged people to get their information about coronavirus from "reliable sources" as a way to avoid rumors and speculation. Those include websites maintained by the Centers for Disease Control and the Nebraska Department of Health and Human Services as well as mainstream local and national newspapers and broadcasters. There is concern random comments on a Facebook page or Twitter, or suspect articles or sensational headlines from fabricated websites could spread unreliable information.