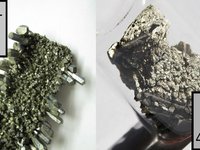 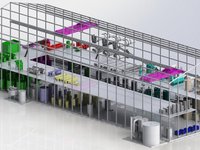 Potential demand for the rare earth element has boosted the profile of a long-talked about mining project in the state’s southeast corner. 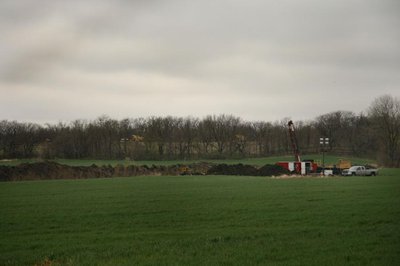 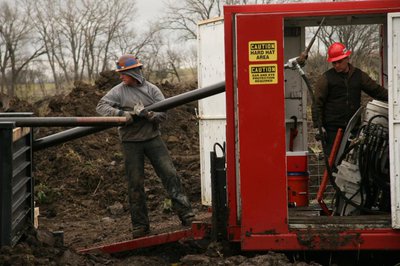 Activity at the proposed Elk Creek mine site in 2012. (Photo by NET News) 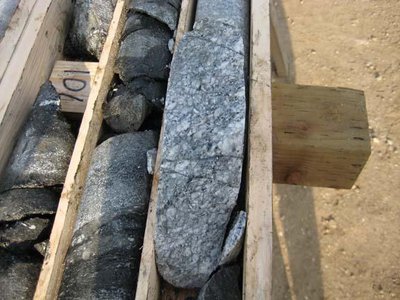 NioCorp Developments, Ltd., the company shepherding the project, recently attracted fresh investment dollars, government support, and interest from manufacturers eager for the supply of niobium and scandium potentially available from the Nebraska mine.

“I don’t think there is anything comparable in the U.S. for those two particular materials,” said Robert Baylis, the managing director of Roskill Information Services, a London-based metals research firm.

Lara Smith, a South Africa-based metals investment consultant also tracking the Nebraska project says the potential for adding a new source of the mineral is intriguing.

“Scandium is more revolutionary and coming to its own,” Smith said, “so it’s become something of interest.”

NioCorp CEO Mark Smith (no relation to Lara Smith) told NET News he considers it “a fantastic resource sitting there in the southeast corner of Nebraska.”

The risks for investors remain substantial and a profitable market for the minerals, especially scandium, remains speculative.

From the start, the mineral deposits below Johnson County were primarily promoted as one of the largest deposits of niobium in the world. More recently analysis of the site revealed significant quantities of scandium, another rare earth element valued, like Niobium, as an ingredient of durable metal alloys useful to manufacturers.

Among recent developments considered encouraging by NioCorp and investment analysts:

It has been eight years since NioCorp took an interest in mineral deposits buried under farmland near Elk Creek in Johnson County. CEO Mark Smith has been traveling the world looking for short-term and long-term investors. Earlier this week he announced $2.5 million in new investments. Those funds are “for the purposes of continuing all the permitting and some of the technical studies that we're doing as well as overhead costs for the company."

Smith says “It's just a bridge until we get the larger financing in,” including at least $25 million for detailed engineering studies.

In short supply on international markets, scandium has attracted a new level of interest in the project.

Scandium, like niobium, creates an extremely light and tough alloy when mixed with other metals.

The metal is found in many locations, but rarely in quantities where it is economically feasible to extract.

“Most of the production is primarily in China and Russia,” Baylis said. Reports he’s prepared for Roskill add there may be additional, plentiful supplies in Australia.

The Nebraska deposits are notable, he says, on a global level.

“The current market for scandium is only around 10 tons and Elk Creek is multiple times that volume,” Baylis said. “There is a plus that the market could increase very, very quickly.”

Niobium has established markets for its steel-based alloys. It’s routinely used in pipeline construction, jet engines, and even body-piercing jewelry.

Manufacturers of products which may benefit from the inclusion of scandium have been reluctant to advance research on alloys until the metal can be obtained in sufficient quantities.

Not currently in routine use, it is considered a potential game-changer in goods ranging from auto bodies, aircraft parts, electrical storage cells and LED lighting.

“These are important uses but we need to be able to demonstrate that we will have a reliable supply and that we can have a high quality alloy that we can produce from that,” Smith said. 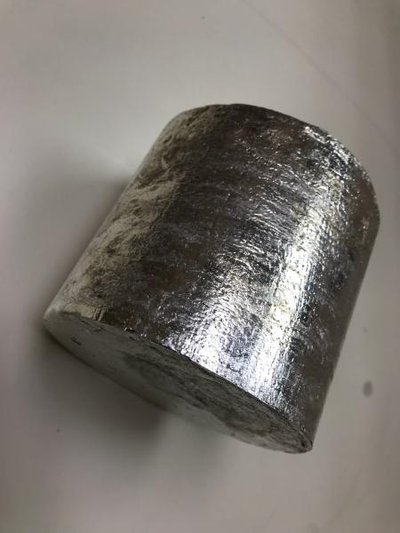 CLICK HERE to see a video of the alloy test pour.

“By the addition of scandium we are actually able to create metals that can resist temperatures better and more importantly have higher strength properties,” IBC CEO Duncan Heinz said. “There are wonderful reasons why this would be adopted.”

Metal workers created a set of aluminum-scandium alloy ingots; cylindrical samples of metal to be used for additional lab tests.

An online video of a test shows a molten stream of bright silver… the mixture of aluminum with just a dash of scandium…pouring into a mold, forming a shiny, cylindrical ingot.

“What it means it is, if I can create higher strength I can then start to lightweight these applications to use less metal and that less weight means more fuel savings,” Heinz said.

(Note: Heinz is an investor in NioCorp and has a financial stake in its success)

“We're very happy with what's happened so far,” Smith said. “We do need to do the chemical and analytical testing to ensure that the quality is what we will ultimately claim.

“That's what gives the scandium-aluminum alloys the special properties that it ends up with: a very strong, lightweight alloy material that can deliver significant performance enhancements.”

The project continues to garner attention as the only know plentiful supply of niobium and scandium in the United States. The Trump administration, with the encouragement of American mining and defense interests, issued an executive order requiring federal agencies take stock of what natural resources are most critical to the national defense and economic well-being of the country.

Minerals investment analyst Lara Smith of Core Consultants says it is important for the country to take stock of essential resources that could be in limited supply.

“Do they have sufficient metals for their defense?” Smith asked. “Because you don’t want to be reliant on another county, especially a non-ally. You want a balance of power in the world.”

Demand for metals extracted from a mine in Nebraska has roots in a dispute over fishing rights in the Pacific.

In 2010, Japan detained the captain of a Chinese fishing trawler traveling out of its territory. China retaliated, threatening to cut off Japan’s supply of rare earth elements. The dispute ended peacefully and tensions eased but the United States was watching.

“It caught everyone by surprise,” Smith said. “Nobody wants a repeat of that.”

Metals analyst Baylis says “it made people think” and that could continue to benefit in the development of new sources for rare earth elements like the mine in Nebraska.

“Is there a risk for our supply?” Baylis asked rhetorically. “Anyone who uses niobium in the United States will be looking at supply risk.”

“We think it's tremendous that the United States has recognized it has a critical metals problem,” Mark Smith said. “We have these minerals in our own backyard.”

Two members of Nebraska’s congressional delegation, Rep. Adrian Smith, whose district includes the mine, and Rep. Don Bacon wrote Trump in support of including niobium and scandium on the critical metals list.

The list must be delivered by the president by the end of February.

Mark Smith says the company is “waiting to see what really results from it, but we're certainly supporting everything we're hearing so far.”

Smith understands why Nebraskans, first made aware of the project in 2010, might be curious about a lack of activity at the Johnson County site.

Smith says studies to determine what deposits were below the surface and in what quantity were an expensive and time-consuming endeavor.

“There is no question that took a lot longer than any of us expected,” Smith said. “We knew that that was probably the number one risk for the project and I'm very, very happy to say that not only did we meet that challenge but we also discovered that we had two additional elements.”

There may be new equipment on site in late spring or early summer of 2018.