Nebraska Moves Towards Changes In Accountability In Education

Nebraska is in the process of applying for a waiver from the much-criticized federal No Child Left Behind law. How might the decision affect accountability in Nebraska schools?

The decision was made in November last year by the State Board of Education: Nebraska would join 45 other states, as well as the District of Columbia, the Bureau of Indian Education, and Puerto Rico in applying for a waiver from No Child Left Behind. But why, and why now?

It’s raised the question whether No Child Left Behind, or NCLB, should be seen as a success or failure. According to Brent Cejda, chair and professor in the Department of Educational Administration at the University of Nebraska-Lincoln, there are really two answers:

“It’s made us think about things in a different way, but the standards that have been set are impossible to meet.”

No Child Left Behind is federal legislation enacted in 2001 as a way to hold states accountable for students’ academic success. The federal government sets proficiency levels for subjects like reading and math. If a school fails to meet those levels at 100 percent, it faces penalties- including cuts to funding. 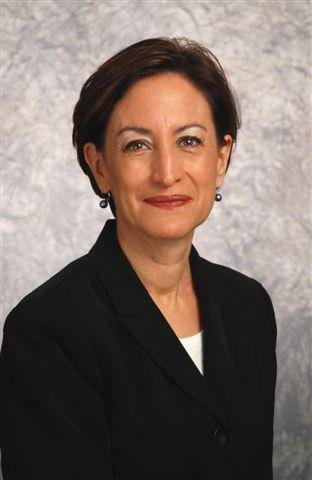 “It was a change from the federal government doing incentive funding. 'If you will do this, we will provide you additional funding,’ to an outcomes-based funding model,” Cejda explained.

The outcome, however, has not been so great. One after another, states have found it difficult for their schools to meet the high standards set by NCLB. Nebraska has been no exception. Thirteen years after it was enacted, almost half of the state’s schools now reside on NCLB’s “Needs Improvement” list.

Everett Elementary School, located in downtown Lincoln, is one of those schools. For the past six consecutive years, it has made the list- making it one of the three worst offenders in the state.

“We get that failing mark every year and it’s just one measure at one point in time but yet that becomes how people view us and how our community views us and that’s really not fair,” principal Michelle Suarez said.

Everett is a very diverse school. Over 60 percent of its student population is comprised of English-as-a-second-language learners. That makes NCLB’s main instrument to determine proficiency, the standardized test, a large obstacle to overcome.

“One of the primary things that we look at is that our kids are learning English. That’s pretty challenging to be able to take tests in English if you don’t know the language,” Suarez said.

And that isn’t the only difficulty schools like Everett face. Everett is categorized as a Title I school- meaning it receives federal funding for low-income students. The sanctions for Title I schools on the “Needs Improving” list can range from having to offer tutoring services and transportation for students who want to attend another school, to a complete reorganization of the school. That can also include an overhaul of staff. According to Matt Blomstedt, Commissioner at the Nebraska Department of Education, those penalties can undermine a school’s stability.

“The policy underneath NCLB is to basically destabilize the environment by saying, 'Remove the principal, remove your staff, and that seems counterintuitive to the type of strategy that would actually turn that building around,'” Blomstedt said. “When you dive down into it, it’s just simply that you’re going to lose those resources. (We) need to figure out a different way to address the situation. That’s the challenge.” 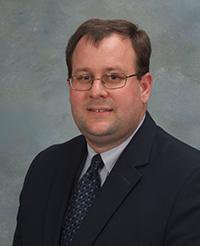 Matt Blomstedt is Commissioner at the Nebraska Department of Education. (Photo courtesy of NDE)

And a large part of the challenge for the Department of Education has been figuring out the right time and way to move away from NCLB. In 2011, the Obama administration created the waiver process, which allowed states to apply for flexibility from the law’s requirements and sanctions. But applying for a waiver with the federal government is no small task. The state has to prove it can have its own accountability system in place that is effective. The system currently under development is called AQuESTT:

“Accountability for a Quality Education System, Today and Tomorrow… So that will be our accountability system that we’re trying to have a much more broad perspective on accountability, instead of narrowly focusing simply on the assessment data- the once a year assessment type of data,” Blomstedt said.

While details of the system have yet to be disclosed, Blomstedt said the overall goal will be to help failing schools improve, rather than punishing them for missing achievement marks. Blomstedt added the Nebraska Department of Education is working closely with officials at the US Department of Education, and plans to file its waiver application by the end of March.