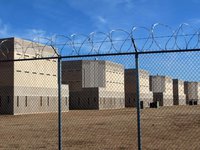 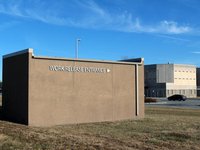 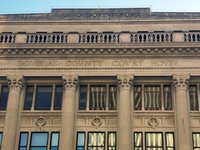 Nebraska lawmakers will consider changes to the cash bail system this session, but some communities are already working to reduce the number of people sitting in jail awaiting trial.

The county has been using some form of pretrial assessment for several years; the assessment is meant to help a judge decide whether a defendant can be released or if they should stay in jail before the trial. 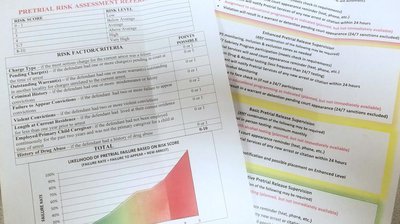 People of color in Nebraska are more likely to be required to pay bail and are asked to pay more in bail for the same offenses than white Nebraskans, according to an ACLU report.

The PSA is free to use, but Douglas County is also applying for a pilot program that would offer expertise and assistance for a year to implement it.

They're currently using the Virginia Pretrial Risk Assessment Instrument, which looks at things like criminal history, employment, and history of drug abuse. The questionnaire spits out a score that recommends a certain level of pretrial release supervision.

"At this point, it's not our purview to get into whether the judges should or shouldn't be applying bonds," Myers said. "Right now the law is what it is on that issue. So we're just trying to give the judges alternatives to use either conjunction with the cash bond or in place of a cash bond."

No matter what, anyone released pretrial is placed under some type of supervision. At a minimum, that means calling into an automated check-in system every day. Higher levels of supervision require drug and alcohol testing, meeting with supervisors in-person, and even GPS monitoring.

It’s exactly the kind of system that would fill the gap left if Nebraska lawmakers decide to eliminate cash bail. And Myers says that’s the direction he wants to go.

"The fairness issue comes into play is it doesn't matter whether you have $10 or $10 million," Myers said. "You're going to either be in or out based upon your risk to the community and your risk to not come to court, not based upon the size of your bank account."

The Douglas County Board of Commissioners unanimously supports Sen. Ernie Chambers' bill to eliminate bail – and Board Chair Chris Rodgers says they see a financial benefit to expanding pretrial release.

"I will not spend $1 to expand [the jail] one inch," Rodgers said. "Basically, the programming piece up front would pay off from relieving the pressure. It wouldn't have the structural long-term investment that building a place will, and having to maintain that asset, having to staff it."

In nearby Lancaster County, officials use a similar assessment on a smaller scale.

A major concern with the cash bail system is keeping individuals incarcerated simply because they don't have enough money for bond. Reform advocates say pretrial supervision requirements can replicate that socioeconomic bias.

For example, GPS monitoring doesn't cost a defendant anything in Lancaster County. But a person ordered to comply with GPS monitoring in Douglas County must pay $12 per day, which can add up quickly over the weeks or months a person typically awaits trial.

"The burden of paying thousands of dollars all at once is different than paying a few dollars a day," Douglas County Corrections Director Mike Myers said. "Because people can maintain their employment and they may be able to absorb that."

"We also look at other things like mental health issues, substance abuse issues, adverse childhood experiences, a number of things that would give us an idea of what types of services would be beneficial for that person if they're released on bond," Lancaster County Community Corrections Director Kim Etherton said.

But they only look at felony cases, and assessments don’t begin until someone has been in jail for three days. Etherton says the county made pretrial release a priority when they created her department.

"The past 16 years of my career have been spent working at changing our system, and we're finally getting there," Etherton said.

She says community corrections has worked with prosecutors at the county attorney's office over the past five years to expand pretrial diversion and start projects like veterans and mental health diversion programs. But even though it would be challenging, she’s in favor of eliminating cash bail altogether.

"As we move towards bond reform, I think it's important to recognize that we're asking a system to change the way it functions," Etherton said. "And change is hard."

Some local officials worry it wouldn’t be worth the effort and expense.

Critics say bail reform is one way to address jail overcrowding; about 50-60% of the Lancaster County jail population are pretrial defendants who haven't paid bond.

But Lancaster County Department of Corrections Director Brad Johnson says getting rid of bail might actually do the opposite — some people out on bail right now might have a risk assessment score that would keep them in jail.

"Our facility is inching closer towards what capacity is," Johnson said. "And I just I'm trying to I put out a little bit of warning, I guess, that we need to be careful about what we do or we'll end up with a jail that's overcrowded again." 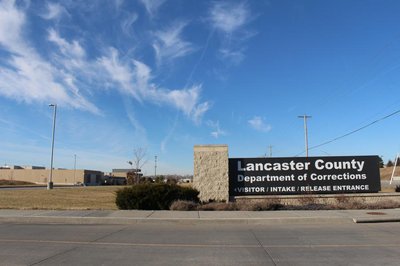 Local officials disagree on whether eliminating cash bail would reduce the jail population. Lancaster County Attorney Pat Condon says just 4% of those charged with a Class IV felony, a misdemeanor, or city ordinance violation are being held on bond; the remaining 96% are released, either because they posted bond or were not charged bond.

"I would certainly hope that implementing a system that appears to be more fair does not result in more people going to jail," Mike Myers of Douglas County said. "But I can't predict that 100% until we actually get into it."

Pat Condon, the Lancaster county attorney, shares that concern. But he also doesn’t see a reason to change anything – he says the bail system is working.

"If you think about it, why are there pretrial release programs? To monitor the individuals to make sure they come to court," Condon said. "What's the bond for? Well, to make sure these people come back to court. I mean, to me, they do the same thing."

A significant difference is that pretrial release allows people to keep their jobs and seek treatment for mental health or substance use conditions if necessary.

"I think the people that say, 'I'm losing my livelihood,' it's like, well, all you had to do is show back up for court," Condon said. "And you didn't do that."

Systems with risk assessments in lieu of cash bond have been effective in New Jersey and Washington, D.C. Although research shows cash bail isn’t as effective as other options, Condon says we can’t rely on that data to make decisions because it didn’t come from Nebraska.

"I think he's just grasping at straws there to try to oppose cash bail [reform]," said Samuel Walker, professor emeritus of criminology and criminal justice at the University of Nebraska at Omaha.

"We're putting a priority on locking people up, keeping people in jail before trial, on the belief that they might be a risk," Walker said. "And that's part of the whole 'get tough on crime' movement that led to our current state of mass incarceration."

The United States has the largest known incarcerated population in the world. 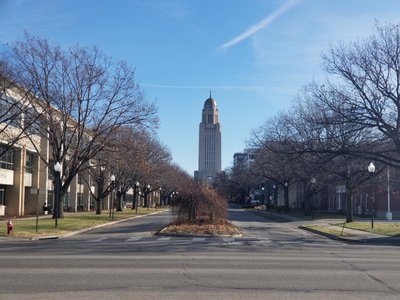 "That's something that should be done throughout the state and not just locally ... because then you end up with too much discrepancy between counties." - Brad Johnson, Lancaster Co. Dept. of Corrections Director

"Lancaster and Douglas Counties are in a position to take on this responsibility without too much consternation, but there are small jurisdictions that don't have programming or staff or resources ... if the state is going to mandate it, and provide funding assistance, I would be concerned that they take local jurisdiction." - Kim Etherton, Lancaster Co Community Corrections Director

"I think there should be a state law mandating that the basic principle ... as a matter of state policy, we don't want to lock up people who don't need to be locked up." - Prof. Samuel Walker, UNO

Lots of Nebraska officials agree with him. Although state lawmakers are unlikely to eliminate cash bail this year, local jurisdictions are making changes independently.

Seward County Judge C. Jo Petersen says the Fifth Judicial District decided earlier this year to do away with cash bail for nearly all misdemeanor charges. Instead, they get a personal recognizance bond; they sign a waiver promising to appear in court, but they don’t have to pay any money.

People with more severe charges generally see a judge within 24 hours. But Petersen says she knows it can’t work that way everywhere.

"I read in the documentation from some of the reports that there are these people that sit in jail for days and weeks and we simply don't see much of that because we're small," Petersen said. "We call down and say, 'Is there anybody that's not bonded out?' You know, they don't have that luxury in Douglas and Lancaster."

As lawmakers are set to consider the issue again in January, they’ll have to decide whether the bail system is working, as Lancaster County Attorney Pat Condon says:

"What have we done to mitigate or aggravate the future risks that they're going to pose to the community?" Myers said. "Are we better off because they spent 60 days in jail? Or are we worse off?"

The Legislature is back in session on January 8.