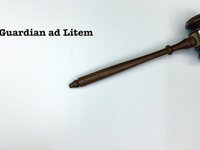 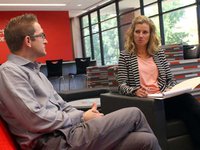 When drugs, violence or unfit parents put a child at risk in their own home, Nebraska relies on attorneys who also serve as guardians to step in to help. 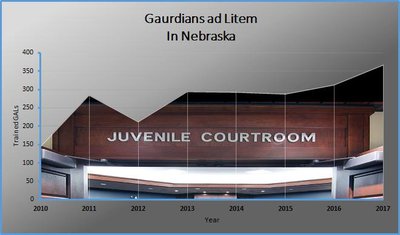 While reforms implemented seven years ago have beefed up training, there is still a shortage of lawyers trained to take on that responsibility.

The role is crucial when children, from infants through 17 years of age, find themselves without adults in their lives able to make responsible decisions on the child’s behalf. A judge may appoint a guardian ad litem, or GAL, to take on the case.

In Nebraska, “a guardian ad litem in the juvenile court is appointed to not only represent to the child's best interests, but also act as the child's attorney in court,” explains Michelle Paxton, the director of the Children's Justice Clinic at University of Nebraska College of Law.

“Many of the families we are trying to serve and work with have complex family needs and circumstances, which could include domestic violence, substance use, poverty, mental illness,” Paxton said.

Data from the Nebraska Supreme Court shows a steady increase in the number of GALs since 2010 when training became law. Over the past five years the number of cases in which guardians were involved on behalf of juveniles have hovered between 2,700 and 2,900.

The guardians ad litem in Nebraska “must participate in an educational training program before they're even afforded the opportunity to be appointed on cases,” Paxton said. “They must apply to the court area that they work in.”

Depending on the county, judges still find demand outstrips availability.

As an example, Scotts Bluff County is home to 68 attorneys but only 3 lawyers are trained as GALs and could be assigned by the county judge. Last year as many as 120 new cases that could qualify as juvenile guardian cases were added to the dozens already on file at the courthouse.

Statewide only about 6 percent of the state’s 5,500 attorneys have the necessary training. 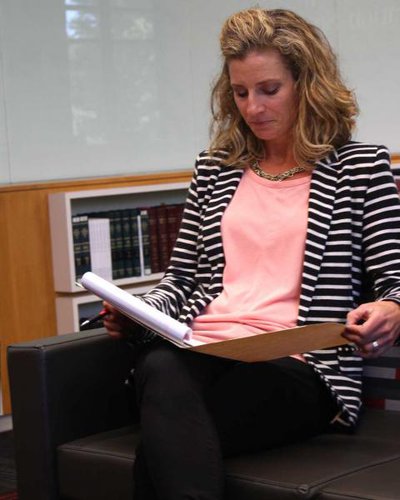 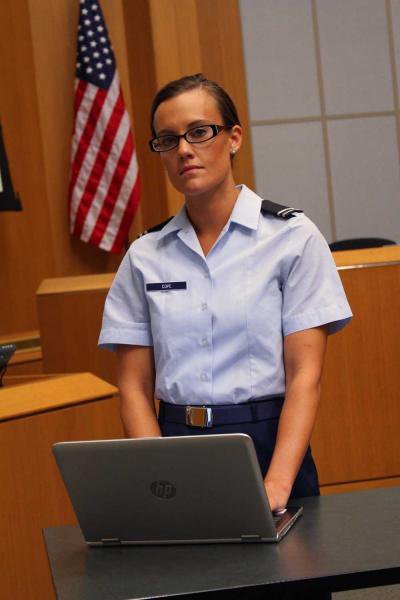 The University of Nebraska College of Law saw that gap in available services as an opportunity to help ease the pressure in Lancaster County while giving third-year students hands-on experience in the courtroom.

The Children’s Justice Clinic had slots for eight third-year students to take a crash course in being a GAL. A judge would assign their first case within weeks.

“I feel confident in any student who has participated in the Children's Justice Clinic will be able to walk in and be ready to serve as an effective guardian ad litem in juvenile court,” Paxton said.

The basics of family and juvenile law provide structure for the students. It is the sessions about the specific challenges of dealing with the youngest of clients that seem to make the biggest impression on the students.

“You can be a great attorney in the courtroom but if you don’t have these other areas of knowledge in the impact of trauma on young children when you get to court you will be at a loss,” Paxton said.

“This has been a steep learning curve," law student Emron Mangelson said.

He concedes he had a naive view of the role of the guardian and how children would perceive their role helping in court.

“You have this idea of charging in as the white knight to be able to make everything okay,” Mangelson said.

The law clinic brought in an expert on childhood trauma to speak with students. She had the students list all the things which might be a cause of anxiety and trauma in their young clients' minds. They responded with “the normal list that you would think of,” but the trauma expert added another.

"You guys cause trauma,” Mangelson recalled her saying. “Your position heavily influences the trauma that these children experience."

Mangelson’s "white horse" myth exploded “and suddenly that took us aback. I had a gut-check there.”

Third-year student Jenna Cope found “the emotional component was a surprising intangible” for an attorney to bring when representing a child.

“The intangibles of being compassionate, of being understanding, of being patient, of how do you respond to someone who's angry and upset and just the real human component of it,” Cope said.

“I think it is something that I didn't anticipate being an asset in carrying out my job,” she added.

It’s a concept Paxton drives home when trying to stress how important it is to make a personal connection with a young client under stress.

“Children in the system have so many contacts that they're meeting; strange people coming into their life,” Paxton said. “We teach children not to trust strangers, right? And yet the system itself is saying: ‘Trust strangers.’”

Earning that trust, according to Paxton, involves being able explain to the child what is happening to them within the court system and carefully assessing what the child needs.

“There's no thought bubble that pops up on a three-year-old that says, ‘Hey, GAL, because I've been abused and my mom left me home for three days without supports, this is what I really need. I really need this kind of therapy.’

“We have to be able to do that for them,” Paxton said.

When the students are deemed ready to handle their first case their names are submitted to a Lancaster County judge for assignment.

The law clinic students take full responsibility for a child’s case with a licensed attorney at their side in court.

Cope had been assigned her case the day before she met with the reporter.

“There's something significant when I walked into my desk and that folder is on my desk and I'm like, ‘That's my case. Those are my kids,’” Cope recalled thinking.

“Just reading their names. How old are they? I'm responsible for what happens moving forward in what is probably a very traumatic situation for them.”

Almost in a whisper she added, “That's huge!”

She wasn’t able to discuss details other than to say she had yet to meet with the two children “where we will be assessing whether removal from the home is appropriate. What is the need (of the kids) while the parents work through their separate situations?”

It’s up to a judge to have the final say, but the GAL, with an independent assessment, gets the last word.

Paxton recalled how she was reminded by the extra authority given in court to the independent assessment of a GAL when a judge she was appearing before reminded her “’you're last to speak and there's a reason for that. We'll let the county attorney, we'll let the parents' attorneys talk, and then it's your turn. Because what you say, you're representing that child, and that's really important to us.’

“To me,” Paxton said “that says a lot about the judge's perspective on the impact a quality guardian ad litem can make in juvenile court.

“They want a guardian ad litem to make that independent assessment about what's best for that child,” Paxton said. A GAL should not be influenced by any family member or state casework “but talk to everybody, talk with your client, and then make that unique position.”

Paxton has heard similar stories all over the state. “When I've had the opportunity to speak with (judges) they've said, ‘We have a hard time just finding attorneys to take these cases'" because “they say, ‘I don't know this additional stuff that I need to know and I'm scared to take these cases.’”

Some of the students did not expect to be representing kids in troubling circumstances at this point in their education. Paxton says, “that's part of the purpose of the clinic” to capture the interest of those who might be saying ‘I never thought I would work in this area.’”

Cope and Mangelson took different paths but found themselves in the first group of law students assigned to be guardians ad litem in Lancaster County.

Emron Mangelson began law school thinking he would excel in aviation law. Now with a family, he found himself reassessing his personal and professional priorities, and felt helping children in the legal system was a good match for his skills.

“I really feel a calling to be able to help them and to be able to serve them,” Mangelson said. He sees the children in sometimes dire circumstances “as the most vulnerable members of our society.”

Classmate and Air Force Reservist Jenna Cope has a four-year commitment to serve the Air Force as a judge advocate general.

The airman first class is from a military family in which “service to your country is a really important thing. I grew up in my family believing that," she said.

The program at the College of Law will bring up to eight guardians ad litem into temporary service in Lancaster County. Efforts to fill the demand for more GALs across Nebraska are ongoing.