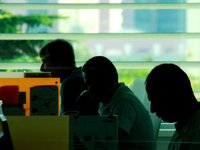 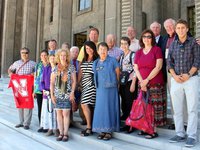 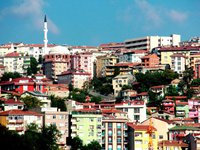 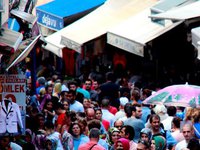 Americans generally take freedom of the press for granted. A group of Nebraska journalists rediscovered how important those rights are during a visit with their counterparts in Turkey. NET News talked with Barney McCoy, a journalism professor at the University of Nebraska-Lincoln, who traveled with the delegation.

On some of the challenges journalists in Turkey face:

BARNEY MCCOY: They know that the Turkish government is watching and reading and listening to their reporting. They also understand that under anti-terrorism laws in Turkey, if the government wants to make a case against them, using these laws, they could be charged or jailed for what they write about. It’s something that’s always there, ever-present in their minds as they go about deciding what they report on and how they report.

On why this group of Nebraska journalists traveled to Turkey:

MCCOY: These were journalists from across the state with a great curiosity to know more about Turkey as a historical and cultural crossroads of the world, and how the press is operating in Turkey. A government that holds itself out as an emerging democracy and yet is really struggling with its own identity when it comes to issues such as human rights and a free press.

On the similarities and differences between the day-to-day work of Nebraska journalists and Turkish journalists:

MCCOY: The commonalities are that journalists are always looking for the truth. They have to be able to divine the truth by talking to parties on many sides of the equation. In Turkey it may be talking with government officials, those who may be opposed to the government, different agencies. And sometimes you’ll get different answers to the same questions. So they have to basically ferret out the closest approximation to the truth that they can find. Therein lies the rub: if the Turkish government is in disagreement with what the press is reporting in a country that touts itself as a democracy. The Turkish government during the past couple of years has aggressively gone after journalists and charged them using their anti-terrorism laws. So it creates a climate of intimidation and fear that reporters there have to face that reporters in this country typically don’t have to face. 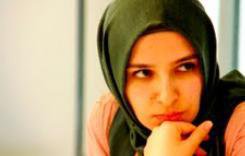 Hanife Sevde Köse is a political reporter for Today’s Zaman, Turkey's largest English-speaking newspaper. "I don’t feel reservations while I’m writing news stories because I’m not scared of being pro-government or anti-government because I’m writing what I believe in. But I know that there is a pressure from government," says Köse. (Photo Courtesy of Barney McCoy, UNL)

The two reporters we spoke with at Today’s Zaman, which is the largest English-speaking newspaper in Turkey, have not been charged or even threatened at this point by the Turkish government. But they know colleagues that have been charged and jailed. And they have heard from the government on occasions where the government has expressed displeasure at their reporting if there was some disagreement over what was said.

On the impact of the trip on the group of Nebraska journalists:

MCCOY: I think we were all impressed with the—I hate to use the term courageousness—but I think anytime somebody makes a conscious decision that they’re going to report the truth as a journalist, knowing that they’re going to face going to jail for doing so, or charges for doing so, I would call that an act of bravery. Deb McCaslin, publisher of the Custer County Chief summed it up nicely, “If I write something that someone disagrees with, it may not be unusual for them to call and complain. I’ve had people walk in the door and throw a pile of newspapers at me. But I’ve never had to worry about reporting something that would send me to jail or cause me to be charged. And that’s the difference.”

On how this will impact their work in the future:

MCCOY: I think it reminded all of us how important and unique freedom of the press is in the United States. Every great democracy can’t be a democracy unless you have freedom of speech. And with that comes freedom of press—the ability to express yourself, and to talk about things that people may disagree with. But that’s part of having free speech and a free press in every society. I think it requires us to recommit ourselves to our roles as journalists. If we’re not asking those tough accountability questions of government that we should be, then we’re not doing our job. I think Deb McCaslin did a great job of summing up how important that is in terms of what we as journalists do in this country, “It is our job to keep the governments that we’re entrusted to cover, honest. I want to know how the vote is taken, I want to trust the person we put in power. And if I don’t trust him, if I don’t think he’s not doing a good job, I want to be part of the force that asks him to step down and get out.”

And if we’re not doing our job, we’re probably failing our own democracy by not really using the freedom that truly comes with a free press.