Costco is planning to build a new chicken processing plant and it could be built in Fremont, Nebraska. If it is, the company will need millions of birds. Nebraska farmers are learning what to watch for if they decide to get into the poultry business.

Chicken farmers don’t sell to the highest bidder the way most corn and soybean farmers do. Instead, the poultry industry is all about contracts. Here’s a basic deal: the farmer builds the feeding barns and does the work. The company they contract with supplies the feed, the birds, veterinary services, and promises to buy the chickens when they’re grown.

But there’s a lot more to it than that according to Lynn Hayes, an attorney with the non-profit Farmers’ Legal Action Group.

“The devil’s in the details,” Hayes said. “And in the case of a poultry contract, you really need to know the details.” 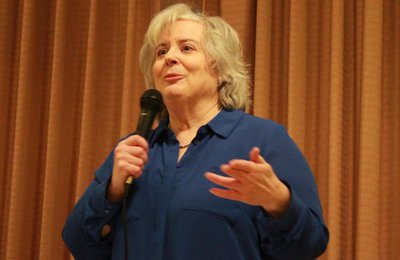 Hayes was a speaker at the Columbus Public Library on Tuesday. The event was one of four meetings put on by groups including Farm Aid and the Nebraska Farmers Union. Organizers said they were neither for nor against the Costco project, but wanted farmers to know about potential pitfalls in poultry contracts.

For instance, Hayes says farmers are sometimes guaranteed a certain price per pound in their contracts but not a certain number of birds. The company supplies the birds so if they cut back, the farmer can fall short financially.

In other cases, companies organize a system where farmers are paid more if their chickens grow at a better rate than average, compared to other producers. Those who fall below average are penalized on the price they earn, even though the source of the birds and the feed are out of their control.

Lincoln Premium Poultry, the company working with Costco, says the contracts in Nebraska will be different. Project manager Walt Shafer says no contracts have been drawn up yet, but the plan would be to offer farmers a 15-year contract with guaranteed base pay.

“Were doing something here that’s very unique that will show the Nebraska farmers that we’re very serious about a very long term relationship with them where both sides will be successful,” Shafer said.

Lynn Hayes of Farmers’ Legal Action agrees that a 15-year contract would be unique. In fact, to her knowledge, it has never happened in the poultry industry.

“If it happens here it will be the first time,” Hayes said. “So be a little bit cautious about whether it really is a 15-year contract.”

Columbus-area farmer Tim Mueller is feeling cautious, but also excited about the potential of adding chicken barns to his operation. Building a set of four barns to raise around 180,000 chickens at one time would cost each farmer an estimated a $1.7 million dollars, but Mueller thinks it could pay off under the right terms.

He’s hopeful for a good deal, but first he wants to see it in writing.