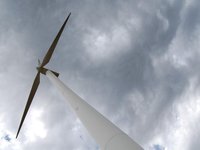 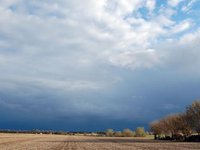 The Nebraska Legislature recently passed a bill to ease regulations for wind power. The change could affect wind energy in the state, but there are still other factors challenging renewable energy projects.

For years Nebraska wind energy proponents have lamented the fact that the state lags so far behind its neighbors in producing wind power. Kansas and Iowa have installed four to five times the amount of wind energy capacity as Nebraska—even though Nebraska is consistently ranked among the top states for wind power potential. A new law seeks to change that.

“It's really a reduction of paperwork,” said Rich Lombardi, a lobbyist with the Wind Coalition, which represents wind developers and trade groups. Under the new law, private renewable energy developers no longer have to find a buyer for their power before they build the project, nor do they have to prove that their project won’t compete with other, more traditional energy sources (like a coal-fired power plant). Proponents say removing these regulatory hurdles will make Nebraska more competitive for wind development.

“The timing couldn't be better. I think we're going to see some really significant growth around the state on this,” Lombardi said.

Wind proponents like Lombardi say the time is now because federal subsidies will start to disappear. Proponents tout the economic benefits wind projects will bring to rural Nebraska in the form of jobs, lease payments and property taxes. Because Nebraska’s own electricity needs are already met, this law targets projects that plan to sell electricity from Nebraska to the regional market, the Southwest Power Pool.

“We have continued to see a tremendous growth in renewables on the SPP system,” said Lanny Nickell, SPP vice president of engineering. And he expects that to continue. Any new energy project has to work with the Southwest Power Pool to figure out how to get their power to market. In the last year, Nickell said they’ve seen a pretty dramatic growth, “at least in the amount of interest for new wind generators in Nebraska.”

While Nickell isn’t exactly sure why there’s more interest, it’s likely related to the easing regulations and planned new transmission in Nebraska. The Southwest Power Pool has been working with the Nebraska Public Power District to build a new 225-mile-long transmission line through the Sandhills. NPPD says the new line, called the R-Project, will improve their reliability, reduce congestion, and support future energy projects, including wind.

But not everyone supports the project. Amy Ballagh is one of several multigenerational ranching families in the Sandhills who have united to oppose the R-Project.

“I have stated to NPPD from the beginning that I feel passionately that this is not a good move for the state of Nebraska just because of these Sandhills being so unique,” Ballagh said.

The R-project transmission line will cross miles of land in the Nebraska Sandhills. (Photo by Ariana Brocious, NET News)

Many who oppose the project, like Ballagh, will be directly impacted by the transmission line crossing their property. Ballagh said she’s worried about damage to the sensitive Sandhills wildlife and environment.

“Everything comes with a price and increasing the wind energy and the transmission in the Sandhills is going to be bigger than just the dollar cost,” Ballagh said.

Tom Kent, vice president and chief operating officer for the Nebraska Public Power District, said they’re doing an environmental analysis for the R-Project and they aim to work with landowners to minimize impact. A group of landowners in Cherry County is actively seeking wind power projects. Kent said the R-Project may help get new wind power in the Sandhills to the regional market.

“Part of the purpose of the project is to put large transmission capacity out in a part of the state that has very good wind resources, so if those resources do get developed at some point in the future the transmission's available to support that,” Kent said.

Those transmission hurdles are one reason a lot of Nebraska’s current wind farms have been built in the eastern part of the state, where it’s easier to connect to existing transmission lines. But in more populated areas, that can also cause conflicts.

Judy Daugherty lives about 20 miles south of Lincoln near the town of Hallam.

“My house is right here on this corner,” she said, pointing to a map of Lancaster and Gage counties on her dining room table. “Every one of these little blue dots was going to be a turbine. And number 40 was the one that was going to be like 800 feet from our front door,” Daugherty said.

Judy Daugherty points to the location of a proposed wind turbine near her home. (Photo by Ariana Brocious, NET News)

Daugherty is part of a group of landowners called Prairie Wind Watchers (formerly Stop Hallam Wind) that opposed a wind farm over concerns about harm to their property values, health and safety, and sound and visual impacts from the wind turbines. Last November, Lancaster County approved an ordinance for sound and distance requirements that effectively prohibits wind farms in the county.

“And [the view] was what attracted me to this spot,” Daugherty said. “You saw my living room there, I've got windows that look to the west. My vision wasn't looking at wind turbines.”

While some in the energy industry say the current market is flush with renewable power sources, wind proponents and industry experts say there’s still room for growth in Nebraska’s wind industry. And they add that carbon pollution-regulating efforts like the Clean Power Plan may only increase that potential in the future.